Blockchain will tear apart long-standing practices and transform the world of corporate reporting, according to the FRC Financial Reporting Lab’s recent report 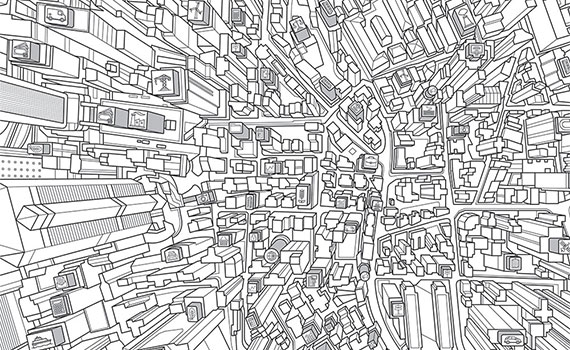 The latest report in the FRC’s series of publications on digital reporting for those who are not technology experts, Blockchain and the future of digital reporting: How does it measure up? gets behind the hype surrounding this highly disruptive technology, offering a balanced review of the pros and cons of using this form of distributed database.

Blockchain’s great claim to date is the role it plays as a platform for trading cryptocurrencies such as bitcoin. But broader, more revolutionary applications are gradually emerging. The Lab’s report identifies some of these, including the storing of information by the insurance industry, tracking the origins of diamonds by the diamond mining trade, and the clearing and settlements process for a multitude of transactions across business.

It also acknowledges that blockchain is far from realising its full potential. ‘Blockchain is in its infancy,’ says Thomas Toomse-Smith, author of the Lab’s report. ‘It is a disruptive technology that will rip apart a number of long-standing institutions and business practices. It’s not a question of if, but when.’

But what does this mean for corporate reporting? Does blockchain sound the death knell for the traditional approach to accounting? The Lab thinks not. Although blockchain may feature in some parts of the reporting process, many elements will not be affected.

The Lab looks at the areas of the reporting process that might embrace blockchain. In addition to the most obvious – recording transactions – its role could spread to consolidation, the Lab speculates. The complexity of pulling together financial information from multiple entities spanning multiple territories can be a headache. Blockchains could bring more efficient and reliable consolidation processes.

The Lab also says blockchain could provide an effective way to share the various mandatory filings that companies make. It suggests a shareholder blockchain register with the potential to facilitate cross-industry reporting.

While the study suggests it is inevitable that blockchain will transform elements of our working lives, it underscores the ongoing need for accountants in the report process. ‘Some enthusiasts speculate that a single ledger could contain all transaction and accounting data, shared by all,’ it says. ‘This is unlikely. Companies keep the records of their transactions private for good, commercial reasons. And the accounting data alone is not likely to be sufficient to understand the performance and position of a company fully.’

As whole industries come up with increasingly ingenious applications for blockchain, the Lab’s report moves the discussion further forward in identifying its potential for corporate reporting.

"Gathering information from multiple entities is a headache. Blockchains could help with efficient consolidation processes"

A blockchain is a type of database. However, unlike a traditional database that stores all the data on one central server, in a blockchain data is distributed among all the software users. This has the potential to eliminate the need for intermediaries for trade and transaction processing.

Take the example of bitcoin – perhaps the most famous user of blockchain technology. By eliminating the need for a central database through which all transactions pass, it supports electronic currency trading without the need for a bank to coordinate the dealing activity.

If properly designed, blockchains also offer transparency and security. In a blockchain, each block of data (eg, a money transaction, a file or personal data) is time-stamped and linked to a previous block. Thanks to cryptography, users can only edit the parts of the blockchain that they ‘own’. The underlying technology also ensures that everyone’s copy of the distributed blockchain is kept in sync. As a result, if properly designed, a blockchain can be hard to hack.

Blockchain to the rescue?

In a world of data hacking and diminishing levels of trust, blockchain emerged on the technology scene as an answer to our technology fears. Its promise to eliminate the middleman and bring transparency to our daily transactions was destined to grab the imagination.

While the Financial Reporting Lab’s paper highlights all the benefits that a distributed database can bring, it believes that the traditional database will continue to play a dominant role for the foreseeable future. It argues there are four conditions that need to come together for it to make sense to use a blockchain:

There is a need to know the current status of something (eg, who owns it) and to know its history.

The current process is inefficient.

There are multiple parties that are expected to (or could) update the status.

There is limited trust between those parties.