Over a 27-year career with Intel, Barry Patton FCCA, the chipmaker’s Ireland FD for a decade now, has seen the accounting, systems and talent landscapes transformed 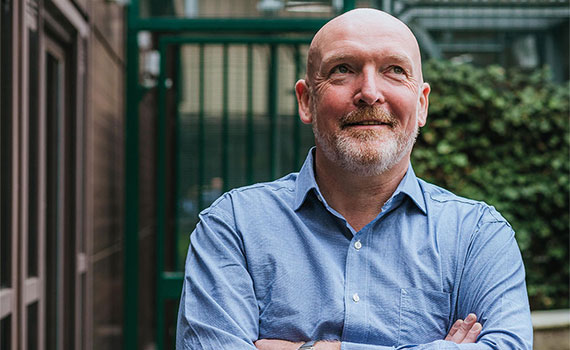 It is very rare today to hear of a career spanning three decades or so in just one company. It’s very different from the ‘gig economy’, where the average job tenure for new accountants is 1.5 years, and the average lifespan of a CFO is five.

If you think that the only way to progress your career in industry is to keep moving between companies, there is much to be gained from listening to Barry Patton, a 27-year veteran of Intel Corporation, about how staying the course can pay off.

Patton currently occupies the top finance role at Intel Ireland, with responsibility for all the company’s Irish legal entities, including audit, government representations and statutory disclosures. His role, as Ireland site finance director, in addition to being a business partner to the general manager, is to oversee compliance for all departments, in four locations, with a total of 5,000 employees. He manages an annual spend of US$2bn, and safeguards invested capital of over US$15bn.

So what was Patton’s strategy for advancing his career through one of the world’s largest companies? ‘First, you have to add value and acquire the necessary skillset to do that,’ he says. ‘But equally important is understanding how to communicate, and inspire and develop the people around you.’

At school, he explains, he was always attracted to solving puzzles. In university, he first went into physics, having a good aptitude for maths and science, but soon realised he wanted a career in business. ‘My decision to go into accounting was specifically because I wanted to be a leader, a senior decision-maker, and if I wanted to be impactful I knew I would have to hone my skills in the finance space.’

The ACCA designation was a clear choice with its balance between finance and strategic management, he says. ‘It isn’t just all about the numbers. From a business perspective you need to understand all the pieces. So that’s something that appealed to me about ACCA.’ And it was gaining the ACCA Qualification that really gave his career momentum, he adds.

Patton joined Intel in 1992 as a financial and general accountant, and quickly moved through the ranks in a variety of positions. ‘I first took on line manager positions, which got me into developing people,’ he explains, and helped him build the softer skills such as effective communication and effective listening, which would be critical in his progress through the company. ‘I learned very quickly,’ he says. ‘In addition to adding value to the company, communicating effectively with my team and my managers was one of the most important skills I had to master. ‘

Over the years Patton has seen dramatic changes in manufacturing processes, the use of information technology, the structure of the industry, the scope and nature of the finance function, and, most recently, in the ideals of a new generation of accounting talent. All have had a significant impact on his roles within the company.

The early 90s was a time when new manufacturing concepts were being explored, and Patton was at the forefront of an evolution in management thinking. Back then, the industry was very focused on variance analysis, he says. ‘However, you could see people wanting to break out of that mould to try new things. We started seeing Japanese manufacturing methods, new ways to do the maintenance of tools and how to design new processes.’ He adds that the company fostered innovation and was very supportive of allowing people to experiment. ‘It’s this environment of innovation and support in developing people that created a lot of opportunity.’

The second big change that hit the industry was the integration of systems and the introduction of standard platforms. In 1996, as finance systems manager in Santa Clara, California, Patton spearheaded a massive systems reconfiguration with an SAP implementation that introduced new process efficiency and fundamentally changed how the finance organisation worked.

‘SAP was a step-change,’ he says. ‘Somebody could now place an order, the goods could be received and people could be paid, and all three transactions could appear in your general ledger maps because it was all in one environment.’ Before the introduction of SAP, he explains, the finance organisation had to use different systems, and getting data involved creating an interface that generated a physical record. ‘It was a highly manual, error-prone and costly process,’ he says. ‘We couldn’t rely on the data, and spent a great deal of time verifying our numbers. The SAP implementation freed us to do more value-added analysis.’

When Intel later went through a period of rapid acquisition-fuelled growth, Patton knew all about the post-acquisition integration challenges, as he had previously been Intel’s M&A finance manager in Portland, Oregon. ‘That was a major change because we couldn’t have grown global revenue organically,’ he says. ‘I had people coming in from all over the world, and that changed the dynamic of how we had to operate through different time zones. We still see this today with our locations in China and India getting bigger. However, our culture of developing talent remains consistent across the globe.’

Another sea change for the finance function that has been evolving over the past 10 years is the use of shared service centres. Patton says: ‘When I first joined Intel, it was a single facility with 500 or 600 employees in Ireland, and up to 65 people in finance. Today, we have approximately 5,000 employees on site, with another 4,000 workers coming and going, but only about 40 finance employees. We’ve been able to scale that through the use of global shared service centres that do transactional activities like processing payroll or accounts payable and receivable.’

Shared service centres have made the company much more productive, he says. At the same time, they are evolving from an initial emphasis on low value-added activity. ‘Now we’re seeing them move up the chain to do higher value-added activities and demonstrate their flexibility to remotely perform tasks that couldn’t be done 10 years ago.’ This is having a significant impact on the finance function in the company, as people move between locations, he says.

The last, and perhaps more significant change to how the finance organisation is developing is the way people have changed, Patton says. In his current role as finance director in Ireland, knowing how to motivate and develop the new crop of finance talent is key. ‘They don’t think it’s okay to work seven days a week until 8pm or 9pm. The way they communicate is much more open and transparent. They’re a very collaborative group, and that’s providing huge advantages in terms of how we get work done.’

The people who are coming through now are as resilient as when he started his career at Intel, he adds. ‘They are as smart as any previous generation and they are problem-solvers. They don’t like wasting their time doing reconciliations. They want to automate and be involved in more senior things.’

Yet some of the same challenges still apply, just as they did 27 years ago. Patton says: ‘It’s as critical now as it was then to understand the importance of softer skills, which will separate you from the pack and help you get a spot at the leadership table. Those skills of active listening, speaking up, and having a broader view than just your area of competency are essential in developing into an effective senior executive.’

"‘My decision to go into accounting was specifically because I wanted to be a leader, a senior decision-maker’"

‘Over time, the tools you use will change and the way reports get written will change. What doesn’t change from a senior finance perspective is that you need to add value and to have a voice in order to be heard at the leadership table.’

‘Build strong relationships and be approachable. At the end of the day, it’s not project X or Y you’ll remember, it’s the people you worked with along the way.’

‘See the big picture, do the research, simplify it and communicate clearly. Above all, have your own opinion.’

"‘Millennials are problem-solvers. They don’t like wasting their time doing reconciliations. They want to do more senior things’ "