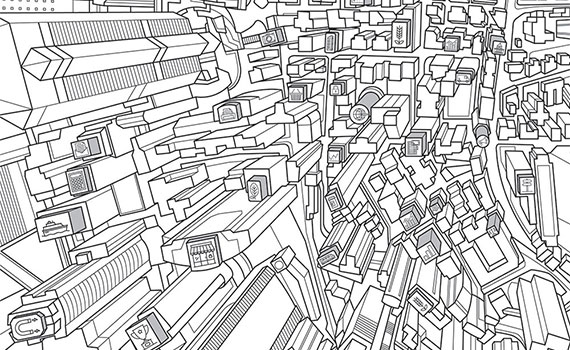 This article was first published in the September 2018 Singapore edition of Accounting and Business magazine.

The International Accounting Standards Board (IASB) has issued IFRS 9, which takes effect for annual periods after 1 January 2018.

Standard-setters regard IFRS 9 as an improvement to IAS 39, the previous standard on financial instruments, which has been sharply criticised for delaying the recognition of loan losses during the 2008 global financial crisis. An underlying reason is that under IAS 39, loan losses can only be recognised when there is objective evidence of an impairment/loss event in the debt instruments. Since such objective evidence arises typically from delinquent payments and/or bankruptcy of borrowers, the incurred loan loss recognition rule under IAS 39 has been criticised as ‘too little, too late’.

In contrast, regulators have lauded the move from the incurred loan loss model under IAS 39 to the expected credit loss model as a mechanism to improve the timeliness of loan loss recognition. While the expected credit loss model could lead to more timely loan loss recognition, a potential issue is whether companies could make the transition from IAS 39 to IFRS 9 seamlessly. Given that there are various concerns around whether companies are able to effectively implement the expected loan loss model, a group of researchers from Singapore Institute of Technology, Singapore Management University and Peking University, in collaboration with ACCA Singapore, organised a series of focus group discussions to solicit the views of 35 senior accountants and auditors from a diverse range of industries in Singapore to discuss their industry experiences and perspectives in implementing IFRS 9.

Our participants are generally in agreement that implementing IFRS 9 will lead to greater subjectivity on the part of preparers to estimate loan loss estimates. Since the expected credit loss model is subjective and requires significant judgment from preparers in assessing how much loan loss provisions to make, there are some concerns that it might lead to some form of earnings management in which companies increase or reverse their loan loss provisions in part to meet earnings targets. One suggestion is whether standard-setters would be able to require firms to disclose how much loan loss provisions made in a particular year are subsequently reversed back in future years to boost earnings. While this information is available in an aggregated manner, more detailed disclosures (in tabular format) as well as the timing (and their subsequent reversals) could reveal interesting patterns as to whether companies are too aggressive (or too late) in providing for loan loss provisions.

When determining the correct amount of loan provisions, our participants stated that, in practice, they would consider a multitude of factors and information in their estimation process. For example, one category of factors in the ECL model relates to the business of the borrower/customer, such as the length of business operations, the borrower’s future business plans or strategies and the trends in the borrower industry – for example, if the industry is sunset or growing. Another group relates to the borrower and customer relationship, including the frequency and amount of transactions. Salient factors include loan collateral (whether the loan is secured or unsecured), familiarity (if the borrower is new or recurring) and payment history. It has been pointed out that historical data on loans to estimate probability of default may not be available, which creates challenges to vintage analysis.

Borrower characteristics taken into consideration include the financial position of the firm and earnings quality. Ownership of firms affects the firm’s risks: for example, listed companies are subject to greater accountability to minority shareholders, while sole proprietors and family-owned firms have concentrated ownerships. Participants would study the financial information of the borrower to ascertain the borrower’s losses and the quality of the profits/losses, whether these losses arise from fundamental business operations or are accounting losses such as unrealised losses from fair value changes, whether one-off and non-recurring and whether they could be remedied. Other financial information includes free cashflows, liquidity position and debt ratios.

Some of these concerns are in part due to ratings agencies’ failure to properly monitor subprime mortgages during the financial crisis. Conflicts of interest between the agencies and the borrowers who pay agency fees also featured as an issue. Many participants indicated that they might discount credit rating information and place greater weight on credit managers who interact with the customers/borrowers and should know the latter better. Despite these shortcomings, the participants acknowledge that credit ratings provide an international benchmark and external reference for credit risks of borrowers across industries. It is difficult to continue arguing that the credit risk of a borrower has not deteriorated significantly when ratings agencies have cut its rating drastically.

On the other hand, our industry participants say that declines in share prices by themselves do not indicate significant deterioration in borrower credit risks. Participants point out that investors could be swayed by sentiments and might not fully understand the businesses of borrowers. In the final analysis, our participants would prefer to carry out their own background checks, occasionally to the extent of hiring private investigators, instead of merely relying on external credit ratings and share prices.

Our participants admit that earnings targets play a significant part in their decisions on setting loan provisions. Personal characteristics such as how conservative the CEO or CFO are will also influence the magnitude of loan provision. In general, accountants tend to be more conservative than the CEO and the front office (ie the marketing and business development teams). Accountants would prefer higher loan provisions, compared to CEO and front-office teams. The board of directors and CEO make the final decision on the loan provision level. The accountants would provide a few recommendations for setting the loan loss provision levels and their financial impacts for the board to make the final decision.

Due to the tight timelines of the financial reporting process, materiality threshold matters in classifying material loans that require detailed review on provisioning and loans that are not material. One approach some participants might take is to not make a provision, but continue to monitor the borrower’s credit risk. Some companies would prepare two sets of loan provision numbers, one using a more conservative estimate for financial reporting, the other using the business estimate. The business estimate may not be substantiated by evidence and is generally lower than the amount reported in financial accounts. The latter is used by management internally for decision-making.

From the auditor’s perspective, one interesting challenge could arise when two auditee companies face debt exposures to the same borrower but reach different conclusions on the probability of default of the borrower. The difference in estimation of probability of default would result in different levels of loan provisions, as these are estimated from credit exposures multiplied by probability of default and loss-given default. The probability of default is the probability that the borrower defaults on its debt obligations, which could be interest and/or principal repayments. Loss-given default depends on the proportion of collaterals or guarantees on the loans. Different probabilities of default might be estimated due to differences in internal credit risk management policy and in risk matrices. Companies would apply their internal credit policies consistently on their risk exposures, but the probabilities of default so estimated should be within a reasonable range practised in industry. Our participants also voiced concerns on whether auditors are able to effectively challenge managerial estimates of loan loss provisions since it is probable that management will have a more comprehensive understanding and in-depth knowledge of their borrowers.

Our participants are generally of the view that while the revised expected credit loss model in IFRS 9 is more relevant for the banking industry, it is not tailored to the non-banks. They are generally positive that given the amount of work that has gone into developing the standard, the expected credit loss model is an improvement over the incurred loan loss model. There is a consensus that IFRS 9 has largely achieved the standard-setters’ goal of simplifying IAS 39. They believe that IFRS 9 has adequately addressed the requirements of private and listed companies.

Nonetheless, some participants pointed out contradictions between requirements of regulators and the standard in certain situations. One example cited is the delay in implementation of IFRS 9 in India by one year, partly due to contradictions between requirements of the standard and of local regulators. Another example is the difference between how tax authorities allow deduction of loan losses and the expected credit loss model. A few participants who have customers or borrowers that are SMEs in Singapore explained that the SMEs behave differently from listed companies; they hope that future research could focus on the application of loan provisioning and credit risk monitoring in the context of SMEs.