Leadership is about more than issuing orders

In business, good teamwork is vital to success. Yet even great teams need great leadership if they are to thrive. Nicola Davies explores the latest research 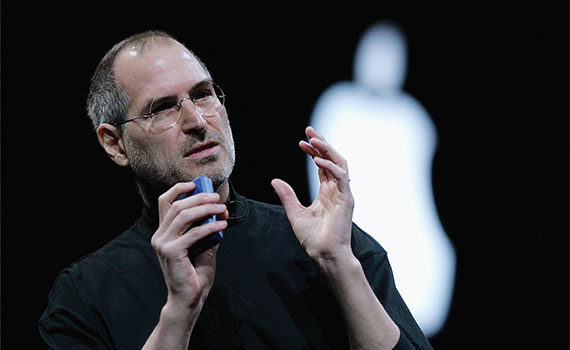 A truly charismatic leader can take a company and make it iconic. Think of Steve Jobs and Apple; Jobs was not as technically savvy as co-founder Steve Wozniak, but it is Jobs we associate with the brand due to his remarkable presentation skills and inspiring persona.

In The Nature of Leadership, edited by John Antonakis and David V. Day, charismatic leaders are defined as ‘revered by followers who show loyalty and devotion to the leader’s cause’. However, research demonstrates that while charisma can be an effective leadership trait, ego can get in the way of organisational competence and significantly reduce a leader’s effectiveness. ‘It seems that highly charismatic leaders overestimate what they can do and underestimate their limits, the risks, and the complex tangle of involvements,’ according to the article ‘The Double-Edged Sword of Leader Charisma’, published in the Journal of Personality and Social Psychology earlier this year, which also argues that leaders with more moderate levels of charisma tend to be more effective.

In an age of increased globalisation and international connectedness, leadership is becoming more of a global responsibility. Deniz Kilicgedik, industrial and organisational psychologist, defines a global mindset as being mostly concerned with the ability to lead in a multinational, borderless and virtual business world. ‘Leaders with a global mindset are flexible and can deal with the disruptions that come with technology and globalisation. They can combine different viewpoints, lead teams with different cultural backgrounds, and show cultural as well as self-awareness.’ She adds that mindset in leaders is mostly distinguished by the ability to sustain global integration and local responsiveness. ‘They integrate their company’s global outlook on the product or brand and also provide to the local demands of individual countries.’

So, how can leaders develop a global mindset? Kilicgedik’s research found that each leader had their own way of developing a global approach. Their characteristics, personality and management style played a great part in who they became as global leaders. But the international and cultural business environment of their company also had an influence. She says that US leaders, who were used to indirect feedback, learned to handle direct feedback ‘without much sugar-coating, while German executives in Turkey learned that networking and building friendly relationships was much more important in progressing business compared to their home country’.

Kilicgedik also points to the importance in shaping global mindset of having support systems – the methods that global leaders choose ‘to stay emotionally balanced in such a complex and fast-moving environment’. She found that social ties and relationships were important to them. Indeed, she believes future research could focus on how leaders can maintain these support systems, as well as how these systems help them deal with stress and increase cultural and self-awareness.

An effective leader can prove their mettle in times of crisis if they are able to improvise, brainstorm and problem-solve effectively. Chartered psychologist Julia Knight, director at UK consultancy DEJA People and co-author of Listen! Say Yes! Commit! believes that improvisational skills can be highly beneficial in a fast-moving and uncertain world. ‘The VUCA (volatility, uncertainty, complexity and ambiguity) environment of the 21st century requires leaders to be flexible and adaptive in the moment, and improvisation skills can support the development of an authentic leadership style that supports that,’ she says.

Knight also emphasises that improvisation skills need to be practised regularly for real workplace change to take place. She recommends regular sessions in small groups or individually. With improvisation skills, taking actions to find a solution to a crisis can become normal practice and prevent future difficulties.

Numerous studies have found that using a lower pitch of voice – whether you are male or female – conveys a greater sense of authenticity and authority. So, if you want to be an effective leader, is it worth taking measures to adjust the way you speak? Research suggests this may be the way to go.

People with voices that have a lower pitch are perceived to have more authority and dominance, while those speaking at higher pitch are perceived as less competent or trustworthy. However, those speaking at a higher pitch can also be perceived as more charismatic, indicating that people will make conclusions about voice pitch depending on what attributes they’re looking for, such as charm or charisma versus knowledge and competence. Commanding attention is a necessary aspect of being an effective leader and learning to use your voice effectively can be another tool for success. It is worth considering your tone when communicating with those you want to lead or inspire; what are you trying to convey to them and does your tone achieve this?

In a world that has seen seismic shifts in the way business is conducted, leaders are expected to do more than simply issue orders. They need to show that they are people first, leaders second, and that they can adapt and cope in an uncertain world.

"An effective leader can prove their mettle in times of crisis if they are able to improvise, brainstorm and problem-solve effectively"