This year CFOs must widen their focus 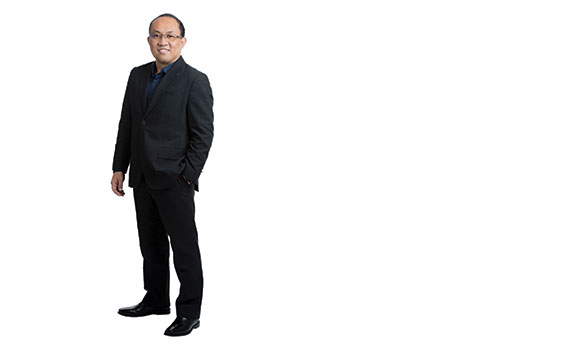 The conventional wisdom is that the stock market is a key barometer of the health of businesses. Stock prices rise when corporate earnings increase; they fall when the opposite is the case. In these unpredictable times, however, valuations can fall even when actual profits meet or exceed expectations, as the numbers are swamped by fear over the US-China trade war, the Chinese economy’s slowdown, Brexit and other uncertainties.

I think 2019 will be a challenging year for finance professionals. The Conference Board Leading Economic Index (LEI) for the US rose by only 0.1% in October, after rising 0.6% in September and 0.5% in August. In September, the LEI increased 1.2% in China but fell in the UK (-0.4%), India (-0.2%), Japan (-0.2%) and Australia (-0.1%). The direction and magnitude of the index are significant. The LEI is calculated from variables that have historically fallen before a recession and risen before an expansion. In the US, they include the unemployment rate and average hourly earnings, building permits, money supply, the Institute for Supply Management’s index of manufacturing and changes in the value of the S&P 500.

Already, the International Monetary Fund (IMF) has walked back its forecast, made in April, that the global economy will grow 3.9% in 2019 and 2020. ‘That number now appears over-optimistic,’ Maurice Obstfeld, the then IMF chief economist, said in October. The revised forecast is a lower 3.7%. ‘There are clouds on the horizon,’ Obstfeld said. ‘The likelihood of further negative shocks to our growth forecast has risen.’

The IMF downgraded the 2019 growth forecast for the US to 2.5%, from 2.7% in April, in response to the US-China trade war. It also cut its forecast for China to 6.2% (from 6.4%). Overall, the projected economic growth in 2018 and 2019 in advanced economies is 0.1 percentage point lower, including downgrades for the euro area, UK and Korea.

The IMF is not expecting an economic recession but other prognosticators are pessimistic. Two-thirds of 51 economic forecasters in the US, for example, said in a recent survey by the US National Association for Business Economics that they expect a recession in the country by the end of 2020. The interconnected nature of the global economy means the rest of the world will also feel the pain.

Where does this leave finance professionals in business? Out on the frontline, as usual. In Asia, businesses have survived the Asian financial crisis in 1997 all the way to the global financial crisis of 2007-09 on the back of the CFO playbook, which is set around preserving cash, reducing liabilities, optimising working capital management, stringent cost management and so on.

But there are new variables this time around, including President Donald Trump’s America First mantra, the central banks’ unwinding of the easy-money era, and rapid technology change around artificial intelligence, robotics, blockchain and cybersecurity. The traditional CFO playbook must now also focus on organisational agility, constant stakeholder communications and continued tech spending.

"Where does this leave finance professionals in business? Out on the frontline, as usual"