Managing foreign exchange risks in the run-up to Brexit

XE, in association with ACCA, looks at the big foreign exchange issues for finance professionals as they prepare for Brexit, including reviewing attitudes to forex risk 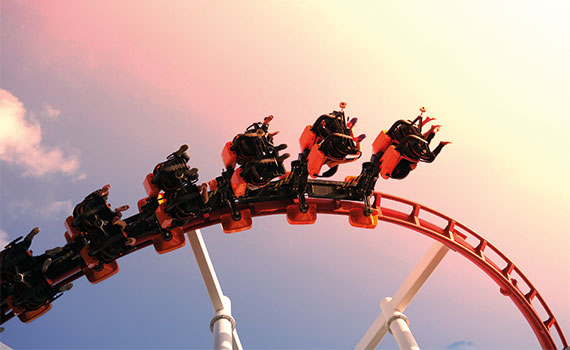 Just like business, currency markets like certainty. So it is no surprise that in recent months, as the UK edges closer to its departure from the EU, the sterling rate against the euro and US dollar has been on a rollercoaster ride.

‘The rate of exchange reflects what has happened, what is happening and what will happen,’ says John Freeme, chief corporate foreign exchange dealer at XE, a currency exchange and money transfer service provider. Given the number of potential Brexit scenarios that have been debated, it is perhaps little wonder that exchange rates have fluctuated to such a degree. From a high in April 2018 of US$1.43 to a low of US$1.26 in August, events are conspiring to push sterling in all directions as markets try to price in what might happen next.

Freeme says that over the course of 2018 there was more than a 10% swing in the value of sterling against the dollar, though he notes that it wasn’t just Brexit that was having an impact – US President Donald Trump’s policies on increasing infrastructure expenditure while reducing corporate taxes had a beneficial impact on the US economy that, together with interest rate increases, strengthened the dollar. That said, threatened trade wars and the imposition of tariffs on imports into the US will also have an impact. It’s that uncertainty again.

All of this provides a real headache for finance professionals working in organisations that carry on any form of cross-border business, and it is a headache that is unlikely to go away – if a company is to be paid in anything other than its home currency, it cannot be sure exactly what it will receive if it relies on the spot markets for currency conversions. There is the possibility that they may receive more in sterling than expected if the market moves in their favour, but likewise there is the risk that they may get a good deal less than anticipated.

‘This is why every organisation should have a currency policy, everyone should have some form of discipline in place,’ Freeme says. ‘It doesn’t have to be a long document, as long as they have a plan that sets out how the organisation will deal with certain movements in exchange rate.’ The plan should set out the level of risk an organisation is prepared to tolerate, and the degrees to which currency movements are accepted before looking at alternatives to the spot markets.

But if the finance team hasn’t got a policy, they are not alone. According to a poll taken during a recent ACCA/XE webinar, more than half (55.6%) do not have a policy in place. That said, a similar percentage (56.1%) said that with the current uncertainty surrounding Brexit, they were approaching currency risk management differently. But that still left 43.9% who said they were not managing their risk differently. This is rather worrying.

But assuming the organisation does have a policy in place, what are the options, the structured products, that are available to hedge exchange rate risk?

‘You should have some cover in place via forward contracts,’ Freeme says. ‘If your competitors have this in place but you don’t, then you could become uncompetitive.’ He explains that the majority of importers and exporters tend just to use forward contracts as the simplest and cheapest way of hedging against currency movements.

However, there are alternatives available that are becoming more popular as a more mature, better regulated and safer market develops. ‘There is now the need to prove that the product is suitable, and that the person and institution dealing with them are up to speed with what they mean,’ he says.

Options and structured products are ideal for a significant event such as Brexit, Freeme argues. ‘You still get protection against an adverse move, but if the best-case scenario happens for your business and the pound shoots higher, then you can participate in the upward movement,’ he says. Such structured products include collar options, participating forwards and forward extras – see ‘Jargon buster’ above.

However, he warns that the use of such products involves additional reporting requirements, both when the product is set up initially and then through revaluations and mark-to-market requirements. But the administrative burden, which can be passed on to FX providers in any case, together with premium costs, could easily be outweighed by the significant impact of volatile currency movements.

FX forward – a contract where buyer and seller agree to an exchange rate on day one with the settlement date more than two business days in the future. If the price of the currency pair changes between when the contract is formalised and when it settles, the parties are still committed to the rate specified in the contract.

Collar option – a structured product for buying an option to get protection while at the same time selling an option in order to reduce the premium to zero.

Participating forward – combines purchase of a vanilla option (for example, a put option) for 100% of the volume to be protected, with selling an option (for example, a call option) at the same strike for 50% of the volume in order to make the structure zero premium. This gives 100% protection against any adverse moves, with only 50% obligation into a favourable move, thus allowing the opportunity to improve the rate.