In search of guidance on Making Tax Digital

HMRC says the Making Tax Digital regime will help taxpayers to get their tax right, but the Office of Tax Simplification argues that better HMRC guidance is needed 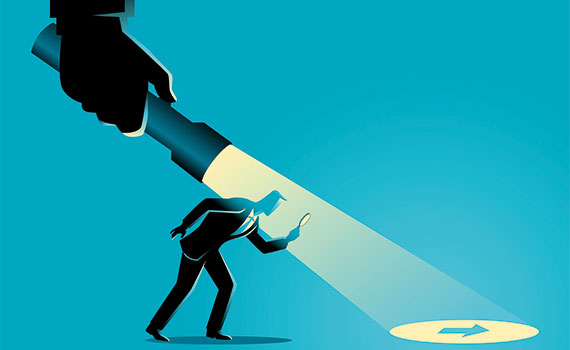 A key aim of the Making Tax Digital (MTD) service is to ‘close the tax gap due to errors with people making their VAT returns’, HMRC’s Theresa Middleton told a House of Lords committee. MTD-compatible software produces the data for a VAT return, removing the need to take data from one system and put it into another.

But error reduction could end up cutting the tax take rather than raising it, the Lords’ finance bill subcommittee noted in its report in November 2018. The argument for mandatory MTD for VAT in April 2019 will be diminished, it said, if the reform does not deliver the extra yield – just over £1bn by 2023 – that HMRC expects.

An alternative – and perhaps better – way to deploy technology to improve compliance is set out in the Office of Tax Simplification’s report, Guidance for taxpayers: a vision for the future. Better HMRC guidance, it says, is likely to lead to more accurate tax reporting and ‘help to close the tax gap, as taxpayers should have a better understanding of HMRC’s view of the law’.

The report’s account of problems with HMRC’s current guidance will be familiar to many tax professionals. Users cannot easily find what they want, and navigation quickly becomes difficult. There is also some ‘conflicting information, which damages users’ confidence in the material’, the OTS says. With the extent to which a reader can rely on the guidance unclear, it recommends a consultation on the issue.

While the OTS review identifies only a limited number of outright errors, it reports that most inaccuracies have ‘entered the system structurally. Simple guidance may well not offer a complete picture, often as the result of a deliberate choice by the Government Digital Service to provide a simple answer.’ Tens of thousands of individuals could be misled or not helped as a result, it points out.

Problems identified with the HMRC manuals include incomplete tables of contents, circular links taking the reader back to where they started, and guidance that is clearly out of date. Many tax professionals, including HMRC staff, use external search engines rather than gov.uk’s own. As a result, they do not see the material on a manual’s landing page, which includes a note about the extent to which guidance can be relied on.

There is significant support among stakeholders for a tiered approach to guidance, the OTS says. In many cases ‘no obvious form of guidance’ should be needed because it can be built into a process such as a claim. But it says there should be entry-level guidance aimed at users coming to an area of tax for the first time. In a third tier, there should be detailed guidance for users who need a full understanding of legislation, case law and HMRC practice.

In contrast, gov.uk uses a structure that ‘acknowledges the needs of users with differing levels of knowledge about tax’ but provides ‘no obvious, visible distinction between the manuals and “process” guidance’.

HMRC’s MTD manuals do not provide links to the relevant legislation and, as the OTS points out, cannot do so because the UK does not have a public database of consolidated tax legislation. Commercial providers do, though. The OTS says: ‘It would be in the public interest if either HMRC were to arrange for taxpayers to have free access to the consolidated legislation provided by commercial publishers, or the government legislation website were to include it.’

While the OTS accepts that cost constraints may mean this is not achievable, it suggests that tax legislation should be available for those who want or need to read it. The legislation.gov.uk website, which is maintained by the National Archives, does not have consolidated tax law (where changes made by annual Finance Acts are incorporated in earlier acts).

A help page on the National Archives site notes that revised versions are not provided for a small number of acts ‘for technical reasons’. These, however, include such key tax provisions as the Taxes Management Act 1970 and the Taxation of Chargeable Gains Act 1992, which are currently available only in their original format.

For the past 12 months at least, the users of the National Archives website have been told that it hopes to include revised versions ‘in the near future’. In the meantime, there is a risk that some taxpayers may unwittingly refer to very old legislation, particularly if HMRC links to it. If you think that’s unlikely, an HMRC guidance note on new criminal offences relating to offshore matters did just that in March 2018. When the error was pointed out, HMRC linked the guidance to the amended legislation.

HMRC did not respond in detail to questions concerning the OTS report, but says it agrees with many of the points raised and is giving consideration to some of the OTS recommendations.

‘HMRC is one of the biggest owners of guidance on gov.uk,’ a spokesperson points out, ‘and we acknowledge the importance of making sure it’s understood properly. Tax can often be complex, and we always take steps to ensure all our guidance meets the cross-government standard.

‘In the past year, before the OTS published its report, we have been undertaking a root and branch review of the pages we own. Our review is being conducted with customers, representative bodies and tax experts.’

Give us the tools…

Jason Piper, ACCA senior manager for tax and business law, says it is ‘almost incredible that the government expects taxpayers to self-assess but provides neither the legislation nor taxpayer-friendly guidance to enable them to do it’. All aspects of tax administration including HMRC guidance could benefit enormously from implementing technological tools, he adds.

‘Taxpayer morale is a key element in any system,’ Piper says. ‘In a perfect world, HMRC would have funding to provide tools to collect the right tax efficiently. Currently, it looks as though policy choices and funding constraints are pushing us more towards collecting the wrong tax efficiently than collecting the right tax less efficiently. In the long run, that may not be the best choice for building taxpayer morale, and is likely to be harder and costlier to fix.’