Work should be no place for bullies, harassers or pests

Powerful executives declaring themselves the real victims of the #TimesUp and #MeToo campaigns contribute nothing to building a fair workplace, says Peter Williams 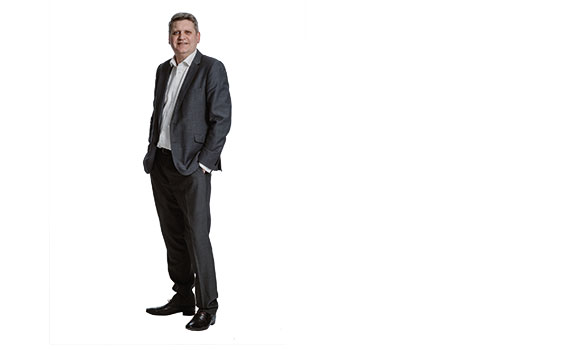 Steering a course through the issue of sexual harassment in the workplace should not require the skills of a Formula One driver, nor should the disgruntled summon up unfortunate imagery of having to tiptoe a way through a behavioural minefield.

Some powerful men on Wall Street, according to news agency Bloomberg, are reacting to the #MeToo movement against sexual harassment and sexual assault by threatening to boycott women in the workplace altogether and refusing to hire them. These US male financiers confess that they feel like they are walking on eggshells, and the easiest solution is simply not to have any women at all on the payroll. Why take the risk, huh?

This is clearly nonsense. It’s an attempt to claim victim rights (‘I can’t say or do a thing for fear of being accused’) and offers a false choice: you work here and accept you run the risk of being harassed, or you don’t work here at all. We have to avoid setting up false and unnecessary choices and continuing to abuse power. Happily, there are glimmers of progress.

Over the past few years the Big Four firms in the UK have dismissed 37 partners for inappropriate behaviour, including harassment and bullying. It may be only a small fraction of the 3,200 partners in those firms, but it sends a stark message that the hallowed partnership status does not come with a free pass for misbehaviour.

Men – especially those in senior positions – need to tap into the innate human superpower we all have, emotional intelligence, to help counter the problem of harassment and bullying. Heightened awareness and sensitivity in this area would be no bad thing. Asking ourselves how this action or word in a particular context could be interpreted, or – heaven forbid! – misinterpreted, may well be a very valuable habit to acquire. Even if we genuinely do not perceive ourselves as people who harass or bully others, we need to check how we come across.

All of us have blindspots about our character that are plain as daylight to others but remain stubbornly hidden from ourselves for much of our lives. Seeing ourselves as others see us is a gift that is given to few. It is in this area of self-ignorance, perhaps even self-deception, that the bully, the harasser and the pest can lurk and even flourish. Even when they are confronted with their unacceptable behaviour, it is often hard for many to see that those actions are wrong and that the impact on others is substantial and harmful.

Workers need courage and humility to always be prepared to accept that certain behaviour is not acceptable even if it used to be considered inoffensive (and perhaps unremarkable) when they first entered the workplace. All workers can learn from others – and not always just from those who outrank them – about how to behave

Even allowing for the fact that work is – rightly – competitive, pressurised and stressful, it should not be a pipedream to build a workplace that is genuinely fair, inclusive and diverse.

"Even if we genuinely do not perceive ourselves as people who harass or bully others, we need to check how we come across"