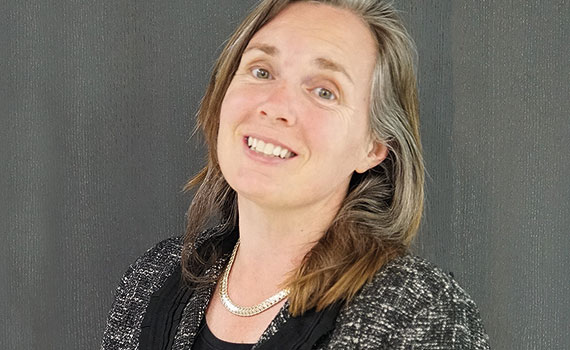 Q Have any IASB members ever worked at SMEs? We’re inundated with complex changes in accounting that don’t improve the understanding of performance and are onerous for companies and their accountants to implement. I’m fed up trying to make sense of accounts that are full of gibberish. Am I alone?

A As a reader of accounts rather than a preparer, I value many of the disclosures that have crept in over time. But I do think disclosures could be made more useful (see also simplifying auditing standards, on page 18). Too many areas skirt around obvious questions that readers might have. And I agree there’s a dash of gibberish in there too – don’t get me started on deferred tax. So while the long-term trend has been positive, I agree there is still plenty of room for improvement.

But as you point out, user experience is just one side of the equation. From a cost-benefit perspective, are IFRS Standards overkill for smaller companies? In its quest to create near-perfect standards, has the IASB unintentionally created a monster that only the giants can afford to tackle? Business is increasingly complex, and  accounting needs to be able to handle this complexity. Whether the IASB has got the balance right is a critical question that I don’t want to brush aside.

Finally you ask if the IASB has enough input from those who understand small business. I don’t know, but in my experience, it listens to stakeholders. Maybe it’s time to knock on its door.

Q I was given a virtual reality headset for Christmas. You can play some amazing games. Couldn’t we work out a way to use technology to make accounting more interesting?

A What do you have in mind? Investors walking through the labyrinth of pension notes? Or paddling in streams of cashflow? I’m a technophobe, but I’m sure there are some interesting things you could do to help visualise financial performance. If you any have suggestions, write in.

I can see a role for VR in broader corporate communication. Think of the fun of virtual plant tours – particularly if facilities are in remote locations. But before getting carried away with digital wizardry, don’t forget that such tours are useful only if the viewer feels confident they’re seeing the real thing. Imagine the kerfuffle the first time a company raises money based on some non-existent computer-generated gold mine. Assuring digital images could be a whole new line of business.

Q You wrote previously about the need for emotional intelligence. How do I know if I have any?

A Every day, we’re told that clever computers will steal our jobs. Last month, I mentioned Emotional quotient in a digital age – ACCA research that argues that although computers have an edge in data analysis, they’re dreadful at the emotional intelligence needed to handle a messy world.

What is emotional intelligence? The ACCA mentions five ‘competencies’, including the ability to put oneself in others’ shoes and influence behaviour. A growth mindset is also critical in an era of constant change.

And then there’s self-knowledge – ie understanding what motivates your own actions – a quest that poses its own challenges. Are people aware they’re not self-aware? This is where feedback from others kicks in. Being emotionally intelligent enough to listen to that feedback, though, is another matter.

Q My colleague works out every lunchtime but never showers afterwards. How can I tell her nicely she gives Stilton a run for its money?

A Poor personal hygiene quickly becomes a serious liability. I once worked with a man who thought it appropriate to hang his sweat-infused sportswear on the radiator next to my desk. So to anyone reading this who thinks their colleagues are fine with the stale aroma of a spin class, think again!

And to the reader whose question prompted my mini rant, you aren’t doing anyone any good by suffering in silence. I suggest you start with a subtle: ‘Are the showers broken in your gym?’ If this fails, tell her gently, but make sure you tell her straight. However embarrassing, she would rather know than not.