Corporate Malaysia needs to be aware of new anti-bribery legislation, which could have far-reaching implications for commercial organisations, says Errol Oh 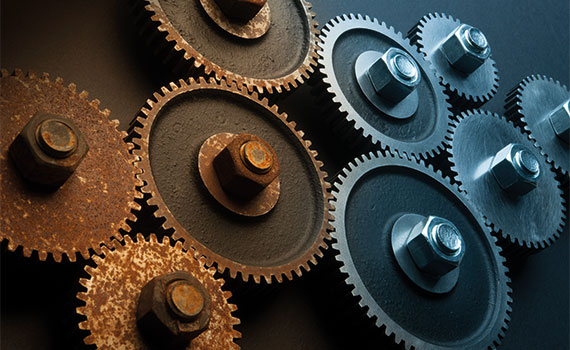 Many businesspeople have yet to realise that Malaysia’s law on bribery involving companies and partnerships was drastically altered last year. In this case, ignorance is certainly not bliss. Business owners and executives must understand the far-reaching implications of this development and figure out how best to respond. And they must do so soon. Otherwise, they and their organisations risk being heavily penalised if employees and service providers are caught giving or offering bribes.

This change came after Parliament passed a bill in April 2018 to amend the Malaysian Anti-Corruption Commission (MACC) Act 2009, primarily with the insertion of Section 17A. The new section provides that a commercial organisation commits an offence if an associated person engages in corruption in order to obtain or retain business or an advantage for the organisation. To date, prosecution of bribery and corruption in Malaysia has focused on individuals.

The aim of this so-called corporate liability provision, according to the government, is to nurture a corruption-free environment for business and commercial activities, and to encourage commercial organisations to take adequate measures to prevent corruption within their organisations. PwC Malaysia calls it ‘the most significant change to the Malaysian anti-bribery and corruption legislation in years’.

With the introduction of Section 17A, Malaysia has acquired legal firepower for the anti-corruption war that is similar to the US’s Foreign Corrupt Practices Act (FCPA) and the UK’s Bribery Act. Enacted in 1977 to prohibit US companies from bribing foreign officials to obtain or retain business, the FCPA is jointly enforced by the US Securities and Exchange Commission (SEC) and the Department of Justice (DoJ).

In the first two decades or so, there had been merely a trickle of enforcement actions relating to the FCPA. But the annual volume of cases has climbed markedly since the turn of the century. In 2018, the SEC acted against 12 companies and two individuals, while the DoJ website listed 40 enforcement actions last year.

The Bribery Act came into force in July 2011. In the few years after that, people were wondering why no company had been prosecuted. That changed in February 2016, when construction and professional services company Sweett Group was convicted and punished for failing to prevent an act of bribery intended to secure and retain a contract with an insurance company in the United Arab Emirates.

The UK and US experiences tell us that it takes a while for the authorities to fully flex their prosecutorial muscles over corporate bribery. In addition, when the proposed amendments to the MACC Act were debated in the legislature, the government said that the corporate liability provision would only be enforced two years after the passage of the bill. That gives the corporate sector a grace period until April 2020.

If it sounds like there is plenty of time for Malaysia to adjust to the corporate liability provision, it is prudent to note that the stakes are high and there is still a lot more to be done. PwC’s Global Economic Crime and Fraud Survey 2018 suggests that bribery and corruption in Malaysia is on the rise, with 35% of respondents reporting that their organisations had experienced such incidents in the last two years, compared with 19% in 2014 and 30% in 2016. Few people would view this trend as anything less than worrying.

To Dr Mark Lovatt, CEO of consultancy firm Trident Integrity Solutions and an expert on corruption and business integrity systems, it is a widespread problem that seems to be getting worse. ‘Clearly, companies, regulators and enforcement bodies need to work harder to resolve this,’ he says.

The introduction of the corporate liability provision is, of course, a big step in that direction. For one thing, it packs a punitive punch. A commercial organisation convicted of an offence under Section 17A can be fined not less than 10 times the gratification paid or offered, or RM1m, whichever is higher. The alternative to that is a jail sentence of up to 20 years or a combination of the fine and imprisonment.

But companies and partnerships cannot be thrown in the slammer, right? This brings us to another potent aspect of the corporate liability provision: when an organisation commits an offence, its directors and key managers are automatically considered guilty of the same crime. However, they can get off the hook if it is proven that the offence was committed without their consent and that they have exercised due diligence to prevent it.

Lovatt points out that this means the top decision-makers have to be proactive in preventing acts of corruption. ‘It is no longer a defence to claim ignorance,’ he says. ‘With the amendment in place, it is their duty to prevent the giving or offer of gratification in the first place, and failure to take the necessary measures falls on their shoulders.’

It is useful for businesses to think of these preventive steps as a get-out-of-jail-free card. Those at the helm of corporations and partnerships must first fully grasp the fact that a commercial organisation may get into legal trouble whenever somebody pays or promises a bribe as a way to benefit the organisation’s business.

Section 17A, says Lee Shih, a litigation partner at law firm Skrine, leads to companies’ wide exposure to the corrupt acts of persons or entities associated with these organisations.

‘This is the gateway through which liability is potentially imposed on companies and their management,’ he says. ‘These associated persons or entities are the company’s directors, partners, employees and those performing services for or on behalf of the companies. This last category could extend to the companies’ agents, distributors, contractors and even subsidiaries.’

This is why Section 17A is known as the corporate liability provision. And it does not matter whether the companies had actual knowledge of the corrupt actions of these associated persons, says another lawyer, Brian Chia, a partner at Wong & Partners, a member firm of Baker McKenzie.

‘This is a very high and onerous standard, and the burden is now on the companies to show that they had in place adequate procedures designed to prevent associated persons from undertaking such corrupt practices,’ he says.

These ‘adequate procedures’ are therefore pivotal – so much so that related guidelines will be issued. The good news is that there is no need to reinvent the wheel: there is already a wealth of material on the subject that can be adapted for use in Malaysia. A prime example is the 45-page guidance published by the UK’s Ministry of Justice on procedures to prevent persons associated with commercial organisations from bribing. Transparency International, too, has produced guidance on good practice procedures for corporate anti-bribery programmes. The SEC and DoJ have also come up with a resource guide to the FCPA. Then there is the ISO 37001: Anti-Bribery Managament Systems, a global standard that can help companies develop their corporate integrity framework.

However, Lee Min On, faculty member of the Malaysian Alliance of Corporate Directors and former director of Coalition for Business Integrity, says it is a mistake for companies and partnerships to do nothing while they await the issuance of government guidelines on what constitutes adequate procedures.

He urges commercial organisations to start early on their development of adequate procedures by studying the principles and best practices laid down in the guidance for the Bribery Act and the FCPA. Nevertheless, guidelines ought to be drafted sooner rather than later so that there can be consultation with stakeholders and sufficient time for corporate Malaysia to be ready for the enforcement of the new law.

At the same time, Lee adds, the government should do more to increase awareness of the corporate liability provision, such as getting the relevant regulators, industry and professional bodies to work together to get the word out.

May 2020 seems far away to some, but it may well be that many will still be unprepared when the government begins cracking down on bribery in corporate Malaysia.

When Malaysia’s parliament was debating the bill to amend the Malaysian Anti-Corruption Commission Act, the government noted that it had been working on the corporate liability provision since 2012. However, the obligation to make that change had been imposed several years earlier.

Malaysia signed the United Nations Convention against Corruption in December 2003 and ratified it in September 2008. Among other things, the convention calls for signatories to adopt measures to establish the liability of legal persons (and not just individuals) for their participation in corruption.

Here is how the UN Office on Drugs and Crime explains the rationale for that requirement: ‘Criminal prosecution has an important deterrent effect on corruption. However, punishing only natural persons in cases that directly involve corporations might not be enough. We need to establish clearly the liability of legal persons for corruption offences in order to deter corporations willing to break the rules.’

Additional impetus comes via the Comprehensive and Progressive Agreement for Trans-Pacific Partnership (CPTPP), which Malaysia and 10 other countries signed in March 2018. This pact evolved from the Trans-Pacific Partnership (TPP), comprising the same 11 countries plus the US. When the US withdrew in January 2017, less than a year after it was signed, the remaining members worked out a successor deal that suspended 22 items from the original agreement. Like the UN convention, both free trade agreements expect legal persons to be held liable and be sanctioned for corruption offences.