#TimesUp: practices need to create a safe environment for staff

Sexual harassment can happen anywhere. Practices need to ensure they create a safe environment for staff, starting with putting the right policies and procedures in place 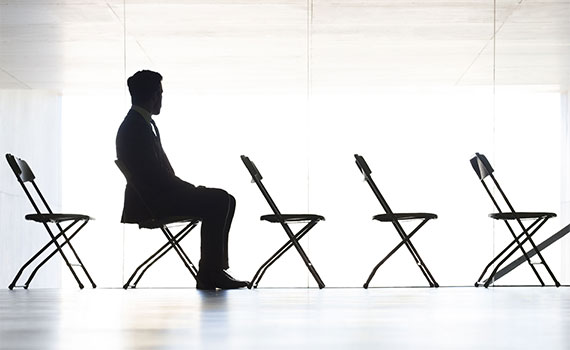 Sexual harassment has been a workplace issue for as long as people have worked. It has grown in prominence over the last year, however, following sexual misconduct allegations against a number of high-profile public figures, starting in Hollywood and gradually permeating across all sectors and continents. The #MeToo and #TimesUp campaigns are among the highest-profile social media movements of recent times.

Sexual harassment can blight the accountancy profession as much as any other walk of life. And it seems obvious that if an accountancy firm is perceived to have a culture where sexual harassment is tolerated, or where victims’ complaints are not taken seriously, it risks punitive legal and compensation costs, the loss of talented staff, and long-term damage to its reputation, not to mention the distress caused to the victims.

So what can accountancy firms do to address sexual harassment as part of good practice management?

The first step towards dealing with the problem is recognising it exists. In the UK, a poll by ComRes, on behalf of the BBC, found that more than a third of Britons (37%) have experienced sexual harassment in the workplace.

Under both the Employment Equality Acts 1998-2015 and the Equality Act 2010, sexual harassment is defined as being unwanted conduct of a sexual nature that has the effect or purpose of creating an intimidating, hostile, degrading, humiliating or offensive environment.

‘It’s assessed according to the reasonable perception of the victim,’ explains Samantha Mangwana, a partner at CM Murray, a law firm specialising in employment and partnership law. ‘So when people try to defend themselves against an allegation by saying “that’s not what I meant”, they are missing the point.’

‘The legal definition is deliberately wide because sexual harassment comes in many forms,’ says Stella Chandler, director of Focal Point Training. ‘These include indecent or suggestive remarks, comments about someone’s appearance, jokes, requests or demands for sexual favours, and the sharing of pornography, as well as unwanted touching. Men, as well as women, can be on the receiving end of inappropriate behaviour.’ Some types of sexual harassment, such as sexual assault and physical threats, are both a criminal and an employment matter.

Certain characteristics of the professional services environment increase the potential for sexual harassment. It has senior individuals with high status who may exert considerable influence over the careers of junior staff members; small, project-based teams that work late into the night to meet deadlines; employees and partners who may be expected to entertain clients at events where alcohol is involved; and possibly requirements for staff to travel alone with clients for work purposes.

Start with an audit

Where an accountancy firm does not already have a formal sexual harassment policy in place, Mangwana advises that conducting an audit can be a good way to start. This should cover the different types of situation where harassment can occur, including out-of-office events, so that the firm can identify the mechanisms and safeguards needed to mitigate the risks.

The next step is to draw up a policy that covers what harassment is, the firm’s position on harassment, how harassment manifests itself in the workplace, what people should do if they are exposed to harassment themselves or witness others being exposed to it, and what will happen if a sexual harassment allegation is made. Chandler emphasises that it is the line manager’s role to maintain the right environment within their teams and to take action when necessary.

Mid-tier accountancy firm Grant Thornton UK has a bullying and harassment policy that covers sexual harassment. The policy aims to support a diverse and inclusive work culture, by outlining the process that needs to be followed in the case of bullying and harassment complaints, as well as explaining people’s legal rights and available support options.

‘Our aim is to provide a working environment where colleagues treat each other with dignity and respect,’ says Malcolm Gomersall, partner and head of people and client experience at Grant Thornton UK. ‘It is a minimum requirement that harassment should not factor into a daily working routine and that if it does arise it is dealt with properly. If we want our people to thrive, then there needs to be a clear message that harassment will not be tolerated.’

Once a policy has been drafted, it is crucial to publicise and enforce it. ‘There’s little point in having a policy if no one knows what’s in it,’ says Mangwana. ‘And if someone reports behaviour of concern, but doesn’t then see action, it’s very destabilising for that individual and concerning for others, who may be discouraged from speaking up.’

To successfully tackle sexual harassment, a firm needs more than just a policy, however. It also needs training that links specifically to that policy. ‘Training helps people to understand what the policy means in a day-to-day context and allows them to ask questions and gain clarity on grey areas,’ explains Chandler.

There could also be a need for cultural change. ‘Harassment victims may be deterred from speaking up if they don’t believe they will be taken seriously, or if they fear less favourable treatment or victimisation as a result,’ says Sarah Armstrong, an independent HR consultant. ‘A culture of general respect and dignity at work should permeate throughout the organisation.’

Sexual harassment is an important issue that should not be ignored, not least because of the acute talent shortage facing the profession. ‘There’s a terrible gender imbalance and diversity problem within accountancy firms,’ says Keir Wright-Whyte, director of Accounts and Legal. ‘This becomes increasingly apparent among more senior roles. If accountants are serious about tackling the imbalance, they’ve got to ensure that firms are safe and enjoyable places for everyone to work in.’