The role of accountants in outsourced contracts

As recent high-profile failures show, accountants have a vital role to play in ensuring major outsourced contracts in both the UK and Ireland stay on track and within budget 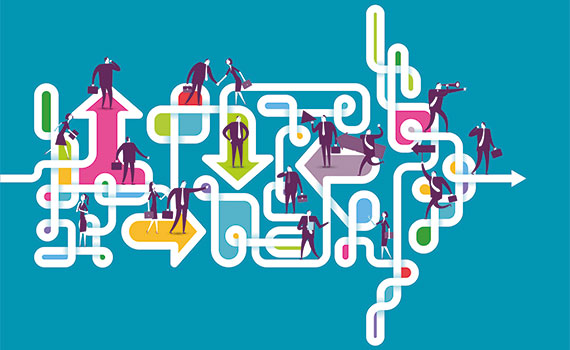 The outsourcing of key infrastructure projects and government services has gathered pace over the past decade, allowing greater access to resources and specialist expertise, and reducing risk. However, with increased reliance on external contractors has come a raft of problems. In the UK, the collapse of Carillion in 2018 and fellow outsourcer Interserve earlier this year underlined the difficulties that can arise when suppliers fail, with the government left scrabbling to find alternative providers.

There has been similar outcry in Dublin, where what should have been a good news story, the building of a new National Paediatric Hospital in Dublin, has become mired in controversy over spiralling costs. Health minister Simon Harris was forced to apologise to parliament this spring for not promptly disclosing his knowledge of cost overruns. These have inflated the price to €1.7bn from the €600m originally agreed by government with the main contractor, the Netherlands-based construction conglomerate BAM.

PwC was engaged to identify the failures in processes that resulted in the overspend, but do accountants have a wider role in preventing such budgeting problems in Irish public procurement? Absolutely, says Aengus Burns, partner at the Irish offices of Grant Thornton: ‘Accountants can help get the tendering process right and help keep projects on track.’ They can plan tendering and monitor the outcome ‘to ensure project inputs deliver on budget and on time’.

Burns says Grant Thornton has been very active in providing advisory services to both private and public sector contracting projects, not just in budgeting and reporting, tax analysis, insolvency, corporate structuring and funding, but also in project feasibility, strategic planning, procurement and oversight.

Tendering and contract fulfilment is all about a clear procurement plan that fully defines objectives, says Shane McQuillan, partner and head of consulting services, Crowe Ireland, which has led major evaluations and strategic planning projects for government departments and agencies.

For commissioning bodies, developing clear specifications is essential, while allowing bidders to develop innovative ideas and solutions. If specifications are too tight or prescriptive, it can generate a ‘race to the bottom’ in terms of price, and quality may suffer, says McQuillan.

As a result, Crowe Ireland likes to help bidders develop compelling tender offerings, not just on price, but also regarding quality and innovation, says McQuillan, adding that ‘understanding the specification and the tender scoring system is central to success within the competitive process’.

Big Four players have the benefit of international expertise, notes Michael Flynn, head of infrastructure and real estate at Deloitte Ireland, whose staff have worked on public procurement projects in Australia and London. This has developed experience within the firm in understanding how design and specification changes can impact construction costs. Accountants like Flynn use ‘financial models that allow you to understand the life-cycle of a project from construction to operation and ultimately closure,’ he says.

However, in Ireland the role for accounting firms is limited by the state National Development Finance Agency (NDFA), which acts as advisor on many public capital works. Its goal is to bring a unified commercial approach to the procurement and project management of new public sector projects, including public private partnerships.

Yet Ireland maybe needs to draw on private accountants to better handle public procurement, according to Brian McEnery, head of the healthcare practice at BDO Ireland: ‘There is a very thin level of expertise in government and in local authorities,’ he argues.

McEnery sees accountants as gatekeepers who can keep a project on time and on budget. Indeed, they can offer sober reflection to counter the ‘rush’ to get major projects started, which can curtail the due diligence that can save time and costs. He suggests ‘greater upfront work’ saves time by anticipating problems. Clients, for instance, should conduct geotechnical surveys (an oversight at the children’s hospital project) before awarding major capital contracts, otherwise tenderers may discover expensive problems when running their own survey after the contract has been signed.

The political expediencies of price tags for projects can sometimes frustrate accountants’ advice. ‘It’s not all about driving the lowest price. Value for money may often mean going for a more expensive option that will deliver demonstrable benefits,’ notes McQuillan.

Perhaps the key role for accountants in public procurement contracting is that of middleman, understanding both sides of the deal, helping public agencies specify requirements accurately, and conducting procurement competitions that stimulate supplier interest and maximise competition, while sticking to best practice and procurement law.

The larger firms can find themselves operating as both advisor and matchmaker. Where the public sector is both client and operator, accountants can advise on drafting tenders, narrowing a contractor shortlist at pre-qualification, and considering what investment and return on investment fits potential private partners. ‘We can draw up the business cases, financial models and translate public sector terminology for the private sector contractor bidding on a contract,’ says McQuillan.

The hospital controversy highlights the importance of getting this work right, says Flynn, who notes how it has slowed or threatened other projects that will now be reviewed again. The delays also make other lower-priority projects ‘less likely to proceed’ given that the public budget is finite.

"It’s not all about driving the lowest price. Value for money may often mean going for a more expensive option that will deliver benefits"

Government spending on capital projects is increasing after years of austerity. Ireland has budgeted €85bn over the next five years for public capital projects, according to Dr Peter Brennan, managing director of EPS Consulting in Dublin.

Public tendering in Ireland appears to be competitive compared to EU averages: framework tenders (which amalgamate several bidders into a single contract) drew an average 17.6 bids in 2016 compared to an EU average of 11.4.

But the cost of tendering (administration, paperwork and associated legal costs) is 31% higher than EU averages.