Information sharing is key to tackling money laundering and corruption, as the audience at ACCA’s 2019 international public sector conference heard 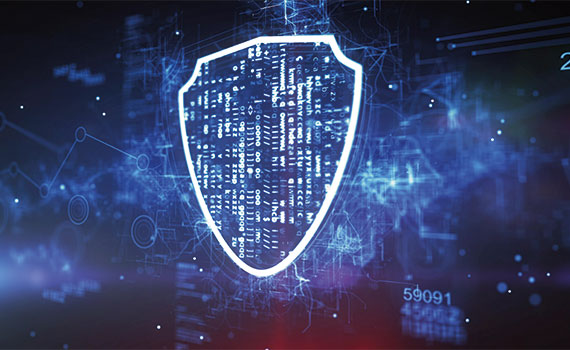 Serious and organised crime is big business. Many people may have no personal experience of money laundering, corruption or other financial crimes, but fraud, scams and bribery can be found, often at alarmingly high levels, in every country on the planet.

The World Economic Forum puts the global cost of corruption at US$2.6 trillion, or 5% of global GDP, while the World Bank estimates that more than US$1 trillion is paid out in bribes by businesses and individuals every year. And the UK’s National Crime Agency reports that financial crime affects more citizens more often than any other national security threat, and leads to more deaths than all other national security threats combined.

Conflict and terrorism fuel illicit business activities, including human trafficking and drug trafficking, which drive money laundering. And moving fraudulent gains around the world anonymously has become much easier thanks to the internet.

Public sector accountants are in the front line of the battle against serious organised crime, corruption and money laundering. The issue came under the spotlight at ACCA’s ninth international public sector conference, held in the Czech capital Prague at the start of March (see also the ‘Public gathering’ article in this edition’s ACCA section). Yet public sector accountancy professionals note that many in their field do not see tackling financial crime as part of their remit.

A key reason why financial crime flourishes is a lack of effective communication. At the conference, speakers and practitioners argued that a more joined up, proactive approach is required, with authorities, organisations and individuals working in concert. Peter Eigen, founder of non-governmental organisation Transparency International (TI), said: ‘Corruption cannot be fought by any one sector or institution alone. It has to be a collective effort.’

Tackling the problem is a significant challenge for governments. Understandably, efforts vary between nations. Max Heywood, TI’s global advocacy coordinator, said: ‘Very few countries are meeting global standards, and there are gaps in the scope of anti-money laundering legislation.’

An ongoing TI research project, involving 70 countries and a range of stakeholders, is shedding light on the challenge, and examining how anti-money laundering frameworks are meeting their objectives. According to Heywood, lack of communication in response to suspicious activity reports (SARs) emerges consistently as an issue in a range of jurisdictions. He said project participants report filing SARs but getting no feedback from the authorities, leaving them wondering whether the SAR system does much good.

Conference delegates presented various solutions, from the global to the personal, but all echoed the need for greater, and better, communication. From a global perspective, Heywood urged careful consideration of the United Nations Sustainability Development Goals, especially SDG 16, which relates to establishing good governance and strong institutions. ‘If this goal is not tackled – and if the public sector does not have the funds for it – it will undermine all of the others,’ he said.

Scaling up solutions and sharing them internationally is also important. ‘When you think of the thousands of accountants and professionals spread around the world, it’s a question of how to expand those initiatives to the whole population,’ Heywood said, adding that better coordination between agencies is vital. ‘There has to be an effort to aggregate and synchronise those efforts.’

Claire Jenkins FCCA, forensic accountant at the integrity and enforcement unit of Companies House, the UK company registration body, said: ‘If countries aren’t speaking to each other, it gives criminals a whole range of things they can do.’

She argued that even at the national level, communication between public bodies should be closer. ‘For too long, public sector accountants have worked within their own departments and no further,’ she said. ‘This has given a green light to fraudsters to exploit this lack of communication, because they know that departments aren’t speaking to each other. I cannot stress enough the importance of speaking to other government departments.’

Jenkins described a pilot project to share data between Companies House and the UK tax collection agency. ‘I knew that the lack of data sharing between us was holding us back. If we know that we can’t share data, the fraudsters know it too. It’s vital to bring those strands together.’

Maame Yaa Tiwaa Addo-Danquah FCCA, deputy commissioner in the Ghana Police Service, pointed out that professional accountants have a ready-made conduit for communication through their professional body. ‘Wherever we are, we have a society of accountants to call on,’ she said. ‘If I require information from an organisation, I know I have a point of contact. Bringing accountants together, sharing information and building the right kind of relationships goes a long way to help in the fight against crime.’

Jenkins urged practitioners to be proactive in fighting crime. ‘This issue is not going to go away,’ she warned.

"Corruption cannot be fought by any one sector or institution alone. It has to be a collective effort"

Views from the top

In a panel discussion at the conference, auditor generals from Jamaica, Nigeria, Pakistan and Tanzania discussed the challenges of creating and maintaining institutional independence as part of promoting sustainability.

Against a global backdrop of declining trust in government, Mussa Juma Assad, auditor general in Tanzania, stressed that independence must apply both to auditor generals and their departments. He acknowledged that ‘in newer democracies that can be a bit of a challenge. We have very strong personalities and weak institutions. When you have a strong personality in charge, they may not be interested in building strong institutions because they want to be seen to be powerful. It is a cycle that needs to be broken.’ Likewise, how to attract and retain competent staff is an ongoing dilemma, he said.

Pamela Monroe Ellis, auditor general of Jamaica, stressed the role of technology in sustainability and high-quality audit in the public sector, observing that basic tools are still lacking across the Caribbean. ‘It’s about how to bridge that gap,’ she said. ‘It’s difficult to train someone in data analytics when they do not have such technology to use on a daily basis.’