All too often scapegoated for national fiscal failures, the International Monetary Fund remains determined to get troubled economies back on the road to recovery 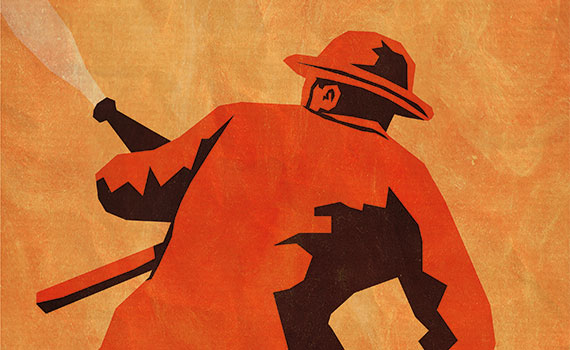 When times get tough and nobody else is willing to lend money, governments can turn to the International Monetary Fund. The IMF has played a prominent role in helping governments cope when other forms of credit dry up – from the Asian financial crisis in the late 1990s to the financial meltdown of 2008. As a result, the size and composition of the IMF’s loan book can provide a gauge of strains in the global economy and financial system. So it is a somewhat ominous sign that demand for IMF assistance has once again been on the rise. The fund recently agreed to lend Argentina US$57bn, the largest loan in its history; talks are ongoing with Pakistan about a US$12bn package; and the IMF has also recently extended credit to Ukraine, Angola and Ecuador.

But while the IMF can be seen as a crucial financial firefighter, it is far more controversial than the emergency service that it most closely resembles. This is largely because the IMF’s financial help comes with strings attached. On many occasions it has been charged with forcing governments to cut spending too radically, exacerbating recessions and boosting unemployment. Critics also accuse it of imposing so-called ‘neo-liberal’ economic policies, such as privatisation, trade liberalisation, rapid debt reduction, free capital movements and floating exchange rates, which in some cases end up doing more harm than good.

A recent case in point was the IMF’s role, along with the EU, in providing financial assistance to Greece after its 2010 debt crisis. The strict terms of the rescue loans, which totalled €300bn (US$346bn), appear to have deepened Greece’s economic downturn. Indeed, during the period of IMF involvement, the nation endured the longest recession of any advanced capitalist economy. GPD is still roughly a quarter smaller than it was in 2007 and investment is down by two-thirds. While EU institutions bear much of the responsibility for pushing for draconian Greek spending cuts, the IMF shared in the blame.

‘The IMF is constantly reflecting on how it can best help countries get back on their feet after a setback,’ says the fund’s official historian James Boughton, author of Silent Revolution: The International Monetary Fund 1979–1989. ’It faces a difficult task in ensuring that governments put their finances in order, without undermining the economy. It also aims to encourage governments to adopt beneficial economic policies, so they can attract other sources of finance.’

So can the IMF strike the right balance in future loans? Matthew Oxenford, a research associate at Chatham House, believes there are grounds for optimism. ‘The IMF appears to have learnt some of the right lessons from the flaws in the Greek rescue process,’ he argues. ‘In 2015, for example, it began to advocate for more lenient debt restructuring terms, pushing back against the more severe line taken by EU institutions.’

Meanwhile, the fund cannot be entirely blamed for negative outcomes, he argues, since it is only called to assist when economies are already under intense pressure. As Oxenford observes: ‘It is very hard to disentangle whether IMF-led policies have been harmful, or if borrowing countries were in such dire straits in the first place that it was difficult to help them,’ he says.

Even on occasions when its advice later turned out to be imperfect, the IMF’s programmes represent a sincere effort to help nations get back on track. ‘Just as nutritionists have changed their minds on the best diet, economist have changed their thoughts on the optimal policies for a healthy economy,’ says Claudio Loser, a former director of the IMF’s Western Hemisphere Department. ’The IMF is composed largely of economists, so it should not be surprising that they reflect the best advice of the profession at the time. As the evidence has changed, so has IMF advice.’

To its credit, the fund has been willing to do some of its soul-searching in public. In 2016 it published an article that cast doubt on some of its long-cherished assumptions. The paper, Redistribution, Inequality, and Growth, acknowledged that excessive fiscal austerity can ‘generate substantial welfare costs’, worsening unemployment and inequality. Indebted nations, the report concluded, needed to avoid reducing debt so fast as to ‘derail’ economic recovery. And cutting government spending in ways that exacerbate inequality, the economists argued, can ‘significantly lower both the level and durability of growth’.

These changes in philosophy have started to filter through into the IMF’s loan agreements. The fund’s recent loan to Argentina, for example, included ‘steps to protect society’s most vulnerable by maintaining social spending’, says Loser. ‘The fund has become keen to ensure that the main burden for cutting government borrowing doesn’t fall entirely on the most disadvantaged parts of society.’

‘The IMF contains a lot of highly qualified economists who are committed to helping countries get on a path to recovery,’ says Gonzalo Huertas, a research analyst at the Peterson Institute in Washington. ‘It isn’t always easy to be popular as a creditor.’ But the IMF’s recent pronouncements suggest that it has become more flexible, collaborative and sensitive to the impact of economic policies on the most vulnerable in societies around the world.

The IMF’s biggest loans have typically been to nations in Europe and Latin America, but its role is no less consequential in Africa. The median debt level in sub-Saharan Africa has climbed back over 50%, up from a low of just 30% of GDP in 2012. This has put a strain on public finances, especially since investors typically demand high rates of interest from African governments. As a result, a growing number of African nations have turned to the IMF.

However, criticisms of the IMF’s role in Africa have a familiar ring – notably that it has occasionally imposed suffocating fiscal austerity along with neo-liberal policies that have not always been appropriate for developing nations. And criticisms have not just come from charities or pressure groups. Research by rating agency Fitch studied the experiences of 22 African nations that borrowed from the IMF between 2002 and 2017 and found ‘only a small improvement in some of the major determinants of creditworthiness’.

But the IMF appears determined to play a positive role in the region. MD Christine Lagarde has recently pointed out that, in addition to providing loans, the IMF can offer African nations technical advice in creating ‘stronger and more reliable sources of revenue’, improving public infrastructure, and developing healthy banking systems.

The fund’s historian James Boughton believes the IMF is paying attention to Africa more than ever before. ‘In the past, the IMF often failed to give Africa its full attention,’ he says. ‘More recently, it has begun to focus on the opportunities that are arising in Africa. These countries, many of which are currently under-developed, have the potential to become the emerging markets of tomorrow. As such, they are crucial to the world economy and the IMF.’