In a region with little experience of indirect taxation, the potentially fraught introduction of VAT has gone far more smoothly than almost anyone predicted 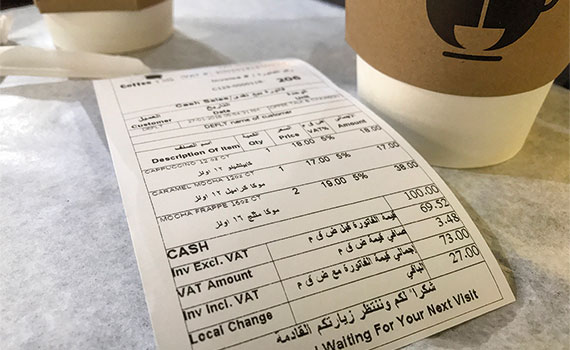 It was billed as one of the most radical tax shake-ups in the history of the Gulf, but the introduction of value added tax in the region has been remarkably smooth. Teething problems were, in part, caused by confusing systems and a lack of preparation, but more than 12 months on from its implementation in the United Arab Emirates (UAE) and Saudi Arabia, organisations have adopted a business-as-usual approach.

Lessons will have been learnt as the tax is rolled out among other countries in the Gulf Cooperation Council (GCC) trade bloc, but despite warnings of confusion and non-compliance, or perhaps even because of these warnings, the arrival of VAT is being widely hailed as a successful move as the region’s states seek to diversify their revenue streams away from oil duties.

VAT at a rate of 5% went live in Saudi Arabia and the UAE on 1 January 2018, and in Bahrain from 1 January 2019. The other three members of the GCC (Oman, Qatar and Kuwait) are at various stages of implementation: Oman is expected to introduce it by the end of 2019, Kuwait has delayed until 2021, and Qatar has put it off indefinitely.

But those countries that are now fully fledged members of the VAT community can enjoy the benefits of indirect tax revenues, and even look at imposing further taxes.

‘The VAT introduction in the GCC has been a paradigm shift in the business landscape,’ says Pierre Arman, market development lead for tax at Thomson Reuters. ‘Going from a no-indirect tax landscape to a full-blown VAT system is a big undertaking for any country. On one hand, governments had to draft and publish an impressive amount of laws and regulations in a very short amount of time; on the other hand, businesses realised very quickly that VAT ramifications go across all functions – it is not just a finance or an IT problem, and getting ready for it takes time and budget.’

Arman adds that, as with any project run on such a scale within a tight timeframe, ‘there were a few bumps in the road’ for both governments and businesses. These included delays in the publication of regulations, conflicting messages in different official publications, as well as businesses themselves making mistakes in implementation. ‘That being said, one year on, the dust has settled and VAT has become an integral part of the business landscape,’ he says.

Mark Junkin, Middle East indirect tax leader at Deloitte, agrees there were practical challenges for businesses in the early days of implementation, such as getting to grips with the online registration process. ‘This was to be expected given the novelty of businesses having to register for VAT online for the first time,’ he says. ‘But the UAE Federal Tax Authority worked quickly to support businesses trying to register for VAT, developing efficient and user-friendly processes, as well as practical guidance.’

The Federal Tax Authority has produced a range of industry and technical guides to support taxpayers, as well as a clarification process to give taxpayers a degree of certainty on specific technical matters. ‘These have been enthusiastically received by our clients, especially now taxpayers have the time and knowledge to address errors or risks identified since the introduction of VAT, and improve their compliance processes,’ Junkin adds.

ACCA has been active in support of members grappling with the new VAT regime. ‘Recognising the compliance risk, we have made several interventions to bring Middle East members technically up to speed with the new framework,’ says Fazeela Gopalani, head of ACCA Middle East.

With other GCC countries now looking at what has happened in Saudi Arabia, the UAE and Bahrain, there are a number of lessons that businesses can learn from the experience. The key one is not to delay preparations. Even though some details were not finalised until late in the day, businesses knew that VAT was coming, so there were no excuses for not making early preparations.

‘Delaying an implementation project due to, for example, the absence of domestic VAT legislation, may result in non-compliance,’ Junkin says. ‘With the VAT framework agreement, three sets of national legislation, and extensive tax authority guidance across the GCC, there is sufficient information already available to commence VAT implementation groundwork in the remaining three jurisdictions.’

David Stevens, GCC VAT implementation leader at EY, agrees. ‘The introduction of VAT is a major business and economic transformation and requires proper assessment, analysis, design, implementation and testing by both businesses and authorities. It is no small matter, and when left to the last minute is a truly daunting challenge to manage successfully.’

He urges businesses not to underrate the time and effort required. ‘Mistakes are now proving very costly,’ he says. ‘The VAT journey is not over, it is just beginning, and the drive for constant compliance and data improvement will be with us for many, many years.’

So what next for tax in the region? ‘VAT is at the heart of a transformation of the tax environment in the GCC,’ says Stevens. ‘GCC countries are very rapidly modernising their tax laws and administrations. This includes not just VAT and excise tax, but also corporate income taxes in response to BEPS [the OECD’s Base Erosion and Profit Sharing project], such as transfer pricing documentation (now mandatory in Saudi Arabia), updating tax treaties, exchange of information and, inevitably, greater focus on economic substance.

‘Businesses should be counting on the continued transformation of the tax policy and reporting environment in the GCC and plan to operate a modern, digitally enabled global tax function.’