Dealing with political and economic uncertainty

With the aftershocks of the financial crisis being felt to this day and economic stability still a distant dream, finance professionals can be forgiven for feeling a bit unsettled 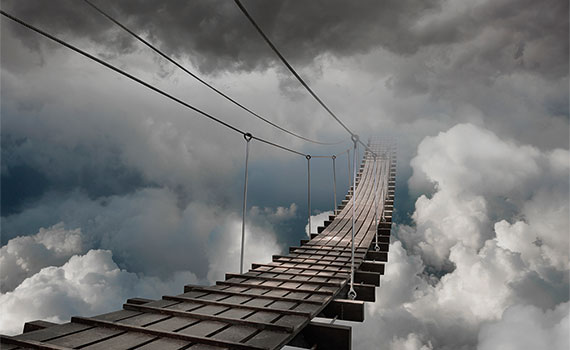 In 2009 the G20 met in London’s ExCel Centre to agree a package of reforms to deal with the financial crisis. A decade on, and that crisis doesn’t feel particularly ‘dealt with’ at all.

‘There is a real sense that there is something broken in the world economy,’ said economic historian Adam Tooze, speaking at the same venue at the annual conference of the CFA Institute in May.

But while the G20 only partially endorsed then prime minister Gordon Brown’s plan for a massive global stimulus, they did a agree to increase the International Monetary Fund’s funding capacity to more than $1 trillion to stabilise economies. Authorities on both sides of the Atlantic bailed out banks, while economies such as Russia and China, with large foreign exchange reserves, self-insured. The Federal Reserve provided liquidity on ‘an unprecedented scale’ to New York banks and offered ‘unlimited overdraft facilities’ to the European Central Bank and the Bank of Japan.

‘This set the stage for a rapid stabilisation, above all in North America and the US,’ according to Tooze. ‘What the participants could not know was the drama that was going to unfold around UK and Europe from spring 2010.’

The ensuing eurozone crisis and double-dip recession led to what Tooze calls ‘the protracted agony of the eurozone all the way down to today’. European banks are still fragile today, having failed to adequately recapitalise, and politicians have not fixed the problems with the eurozone.

Tooze calls for structural reform, pointing out that ‘the euro is politically indispensable, but there a complete absence of political leadership to push it towards the changes needed’.

Although the US now looks more stable, with bigger banks that have a less risky profile and that are now more insulated from European banks, there is still the threat of the ‘doom loop’: the deep connection between sovereign finance and bank finance. ‘And this is not just anywhere,’ says Tooze, ‘not somewhere like Greece, which is small enough to manage, but in the country that was and always will be too big to fail and too big to save: Italy’.

All eyes on China

Tooze points out that emerging markets got away relatively lightly. ‘What did not happen was the aggregating event that could actually tie everything together into a general calamity,’ says Tooze. ‘And the reason for this is China. In the US we have a relatively stable economic system and politics. In Europe we have deadlock. China is the story where the economics are most dramatic.’

China remains a giant anomaly: it has an overhang of excess debt, which mirrors that seen in places such as Thailand and Denmark just before a major crisis, but without the high levels of per-capita GDP and the sophisticated financial systems of those countries. Despite having undergone a major restructuring of its banking system, Tooze points out that China’s financial system still lacks transparency, making it hard to assess the risk.

Should a new crisis occur, he says, there is a further problem – the ‘populist syndrome’, which has struck Western politics and disrupted the policy agenda, and may hamper future interventions. ‘People on the left and on the right are unwilling to buy in to the notion that there is an alignment of interests between the national economy and private corporations,’ says Tooze.

In addition, with relations between the US and China escalating from a regular trade war to a systemic confrontation, Tooze says ‘you can find yourself, as an actor in a financial corporation, caught up in a geopolitical situation, and this is profoundly destabilising. That’s the world that we’re all struggling to come to terms with. More and more finance professionals tell me they simply can’t believe how much time they have to spend reading the political and the geopolitical news right now.’

Professionals and an uncertain future

Speaking at a panel session at the CFA Institute’s annual conference, which saw the launch of its Investment Professional of the Future report, ACCA chief executive Helen Brand talked about how professional bodies can support their members through the coming period. ‘There are a number of attributes – intelligence, creativity, digital competence – that people are going to have to dial up and dial down during their careers,’ said Brand. ‘The growth mindset is going to equip us to flourish.’

But she emphasised that of equal importance is the global mindset. ‘Generation Next are very values-driven,’ she said. ‘They want to know that they are doing something worthwhile for an organisation’. In addition, Brand cited ACCA research that found 80% of Generation Next members are planning to start their own businesses. ‘The entrepreneurial mindset is very strong and that’s the one that we have to harness,’ she said. ‘They are using the ACCA Qualification to help them go out and create wealth in a different way or have a different kind of career, and that’s a societal good that we have to support.’