As trusted advisers, auditors must also maintain their independence 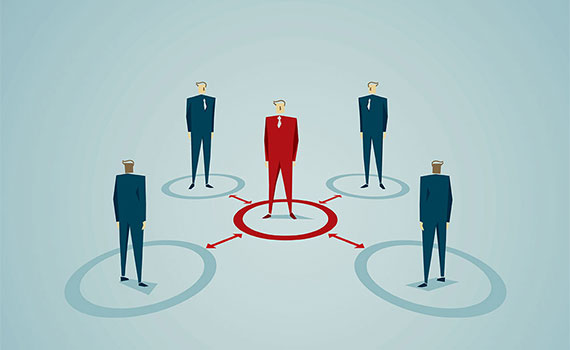 Standards exist to provide a reliable basis for people to share the same expectations about a product or service. For internal auditors, the most important of these are independence and objectivity.

The Institute of Internal Auditors defines these as ‘freedom from conditions that threaten the ability of the internal audit activity to carry out internal audit responsibilities in an unbiased manner’ and ‘an unbiased mental attitude’ that allows them to believe in their work product and ensure ‘no quality compromises are made’.

So can those standards be met? Generally speaking, the answer is yes, according to portfolio non-executive director, Geraint Davies, who spoke at this year’s ACCA Internal Audit Conference. However, he observes that doing so ‘can be less of a Holy Grail’ and ‘more of an unholy alliance’.

For organisational independence, there has to be in place an internal audit charter, risk-based audit plans, and an audit budget and resource plan,’ he says. Line management has to be clearly defined and there should be ‘no no-go areas’, as these could threaten independence. ‘Once you have to manage something, your independence is impaired,’ he says.

Davies challenges auditors to consider being invited into all areas of the business, and all meetings and strategy days. ‘If it’s not happening, ask yourself why not? And then push for it.’

Paul Mills, head of financial risk and governance at the Financial Ombudsman Service, also speaking at the conference, was clear that alongside independent assurance, the insights, experience and recommendations that internal auditors can offer a business are both wanted and needed. ‘Of course, you can take an absolutist viewpoint and say that you provide independent assurance and that’s it,’ he says. ‘But the insights you get from other clients, backed by evidence, is something businesses want to tap into.’

He emphasises that it’s vital to engage with the people being audited and work out what they’re trying to do and how, as is the rigour and objectivity that internal auditors can bring to this process. ‘Give an honest view of what you think is really going on and avoid being sucked into being too emphatic,’ Mills adds. ‘There are definitely pitfalls to avoid – group think and blind-spot biases among others – so ask yourself the hard questions if you think you’re getting too involved.’

Mills acknowledges that there will always be times when internal auditors must stand back and say to others in the business: ‘I really want to help you, but I’m not going to be able to because it’s not my role.’ In these cases, hopefully the internal auditor can point them in the right direction to get help.

Derek Anderson, head of internal audit and assurance at the Northern Ireland Education Authority, and a fellow speaker, agrees. When the going gets tough and businesses get in trouble, he says, organisations want more than compliance monitoring from their internal audit service. ‘They want an understanding of the business and the provision of advice and guidance. If they are up to their middle in the sticky stuff, it’s not very effective if I cite independence and objectivity as a reason that I can’t help. That’s not really assisting the organisation, and it’s the argument for riding a coach and horses through the independence argument.’

However, Anderson does feel it’s his job to put in controls and processes that stop businesses getting into the ‘sticky stuff’ again, and then stand aside. ‘I can’t be permanently doing that – it’s not my job. But I don’t think I could just let the organisation go down,’ he says.

It’s generally agreed that if internal audit is to add value to an organisation, there needs to be an investment in relationships with the board, audit committee, senior management and business stakeholders. For Anna Newcome, presentation and communication coach at CTS Presentations, who also spoke at the conference, getting the most out of these relationships is about listening.

‘Failing to listen carefully means you can’t know how to respond,’ she says. ‘It immediately creates frustration and sets up a negative relationship. On the other hand, if someone feels they’ve really been heard, they will be much more inclined to comply with any suggestions that you make. Giving solutions, jumping to conclusions, judging and interrupting are all barriers to good listening, and create a wall between two people.’

Newcome also draws attention to good communication: for someone trying to create an impact and ensure the listener is clear about the message being communicated, an awareness of body language and tone of voice are more crucial than what’s being said.

So, given that getting close to businesses and the people in them is part of the role of most internal auditors, is independence really possible? Davies sums it up: ‘Yes, it is – the private sector is getting there, but the public sector is a way behind. Is it easy? No, it’s not. It’s a journey, not a destination.’

"‘If organisations are up to their middle in the sticky stuff, it’s not very effective if I cite independence and objectivity as a reason I can’t help’"