As OECD statistics confirm the growing inequality between the world’s richest and poorest, how far can a well-designed tax system be used to redress the balance? 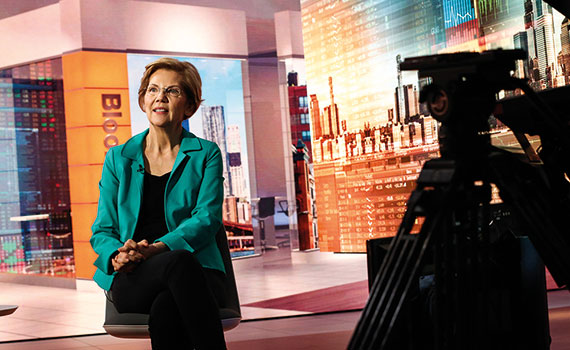 Taxing the wealthy is back on the agenda in many parts of the world, reflecting rising concerns over inequality. In the US, several high-profile Democrats have expressed support for measures to raise extra revenue from the rich.

Member of Congress Alexandria Ocasio-Cortez wants to hike the rate of income tax to 70% for those earning over US$10m a year, while presidential contender Elizabeth Warren has proposed a ‘wealth tax’ for people with assets of more than US$50m. Across the Atlantic, the UK Labour Party’s platform includes a proposed rise in income tax on top earnings, higher taxes on capital gains and tightening the inheritance tax regime.

The average disposable income of the richest 10% of the population is now around 9.5 times that of the poorest 10% across the Organisation for Economic Co-operation and Development (OECD) nations, up from seven times 25 years ago.

The disparity in the stock of wealth is even more pronounced, with the top 10% holding half the wealth and the bottom 40% holding just 3%. ‘Such inequalities risk entrenching privilege among the rich, reducing social mobility and corroding the political system,’ says Robert Palmer, executive director of Tax Justice. ‘A fair tax system can help redress the balance.’

Yet designing a tax system that redresses inequality in wealth poses both political and economic difficulties. ‘It is not easy to forge a consensus on how much of the burden should fall on the rich and how to give to the poor,’ says Dan Powers, global head of tax at Grant Thornton International. ‘The challenge is to raise revenue with the greatest efficiency, while minimising adverse economic side effects – like discouraging work or investment.’

Balance is the key to achieving this goal, he adds, since all forms of taxation have different drawbacks. Governments seeking to raise contributions from the well-off have four main options to choose from: taxes on high earnings, taxes on the stock of wealth, taxes on the transfer of wealth through generations, and taxes on the returns on wealth – such as capital gains, dividends or corporation tax.

So, what are the pros and cons of various ways of taking from the rich to give to the poor?

While taxing the rich involves tough choices, so does boosting the income of low earners. Simply cutting taxes is usually not the answer. The simplest approach is cash transfers. This appears to have worked well in Brazil, through the Bolsa Família Program, which was introduced by President Luiz Inácio Lula da Silva in 2003 and contributed to a 27% fall in poverty. And despite criticism that it discourages work, studies by the World Bank found no evidence that this is the case.

This approach, however, would be unlikely to gain political traction in many richer countries. ‘A key challenge for governments is to assist lower income groups without discouraging them from work,’ says Förster. This can often be best achieved through in-work benefits – refundable tax credits that can be gradually phased out as wages rise.

A well-designed tax system does have the potential to reduce inequalities. But it is not the only tool that governments should use to foster a fairer society, argues KPMG’s Morgan.

‘Inequality can be exacerbated by a range of problems, from flaws in employment law and union representation, to poor lifetime training opportunities for displaced workers,’ he says. ‘Redesigning the tax system should not be a substitute for asking tough questions about how the broader economy is working.’

"Such inequalities risk entrenching privilege among the rich, reducing social mobility and corroding the political system"

Nigeria: getting the tax tools in place

Developing countries typically have far higher rates of inequality than OECD nations. Nigeria, for example, has a Gini-coefficient (a statistical measure of wealth) of 0.49, compared with 0.27 for Germany – with zero indicating complete equality and one showing all the nation’s income going to a single individual.

Despite higher levels of inequality, however, most developing countries lack the tools to address this through the tax code. Ifueko M Omoigui Okauru, chief executive of Compliance Professionals in Nigeria and a member of the Independent Commission for the Reform of International Corporate Taxation (ICRICT), points out that nations need to build effective tax systems before attempting to address more ambitious social goals. ‘The basics are not yet in place – such as an asset register, so that the authorities have data on who owns what,’ she says. The lack of data systems and public trust helps explain why Nigeria collects only the equivalent of 6% of GDP in tax revenue, versus an OECD average of close to 35%.