The professional landscape in post-Soviet Russia

While Russia’s economic and business environment has undergone a transformation in the post-Soviet era, more finance professionals are needed to maintain progress 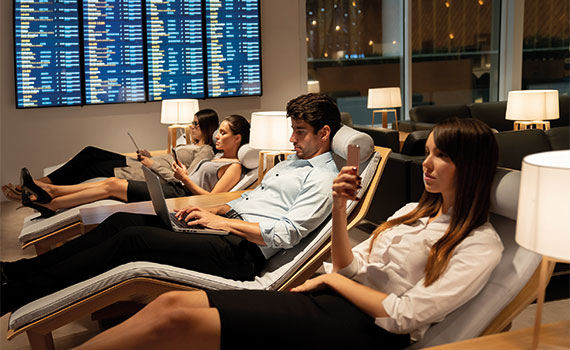 In 1989, the Soviet Union, then the world’s largest country by land mass, stood on the brink of collapse following the fall of the communist regimes in its Eastern European satellites in that year. Thirty years on is a good time to take stock of a no longer restricted business environment in Russia (which emerged as the largest of the Soviet Union’s successor countries), and an accountancy and audit profession that used to be tools of state control.

After transitioning to a market economy, Russia suffered a long depression and then a period of rapid growth in the late 1990s. The boom ended with the 2008 financial crash, followed by the instability of 2014 and subsequent recession. Today, though, the economy is picking up; the World Bank’s GDP forecast for Russia predicts 1.5% growth in 2019. In 2017, exports were worth US$353bn, with petroleum and petroleum products the biggest contributors. Imports were US$238bn, with machinery leading the way.

The fastest-growing sectors include retail, tourism and e-commerce. Energy businesses continue to top the list of largest Russian companies by revenue (Gazprom, Rosneft and Lukoil ranked as three of the four largest companies in 2018), and 219 companies are listed on the Moscow Stock Exchange.

During the Soviet era, from 1917 to 1991, the country’s accountancy world was very different. ‘In the late USSR, all accounting was based on rules, not on principles,’ says Yury Borovskiy FCCA, freelance consultant and former chief accountant at Nefteprombank. ‘Accountants acted as government agents in businesses to prevent fraud. Balances were not made public.’

There was also an image problem. ‘Accountancy was one of the least popular professions, considered as bookkeeping, very limited in use and not respected,’ says Oxana Losevskaya FCCA, partner at SL Partners.

With the return to a market economy, new Russian Accounting Standards (RAS) were introduced in the early 1990s, to fill the gaps and create a proper regulatory framework. ‘Legislation has become more systematic, and relations between accounting and tax authorities have become more organised,’ says Daria Bakulina, shared servcie centre chief accountant at the Russian office of car parts manufacturer Valeo.

Today, all limited companies and financial institutions must undergo an audit. The same applies to businesses with an annual turnover of more than RUB400m (US$6m) or total balance sheet assets of more than RUB60m (US$920,000) in the previous year. Company annual reports must include a balance sheet, a profit and loss account and notes.

Since 1998, the Russian Ministry of Finance and the Central Bank have been bringing RAS into line with IFRS Standards. ‘In the 2000s, the situation changed dramatically as more Russian companies went public, not only in Russia but on the London Stock Exchange, Nasdaq and other exchanges,’ says Losevskaya. ‘The market required more IFRS specialists to raise funds in global financial markets.’ She adds that since the late 2000s Russian banks have been ‘required to prepare and disclose annual audited IFRS financial statements’.

The opportunities attracted the Big Four, which moved in during the early 1990s. But while their strength is evident – their combined income amounts to 46% of the revenues of all audit organisations in the country – as in other countries, they cater for a specific client group. Larisa Kosholkina, director for quality and professional standards at FinExpertiza Global, says: ‘The Big Four have not achieved a dominant position in the Russian audit market. There are situations in which not only medium-sized businesses but also large companies and holdings prefer to see a Russian company as the auditor. They can be cheaper and more convenient.’

There are now more than 10,000 ACCA members and students in a country with five million accountants and bookkeepers, for a population of 147 million. Kosholkina says the first 15 years of the post-Soviet era saw a rise in the number of certified auditors but that there are still not enough. Local training courses are also, according to Borovskiy, generally of poor quality. ‘There is a lack of highly qualified accountants in the former USSR,’ he adds.

At the turn of the millennium, a professional accountant’s certification conferred prestige. But within 10 years, the local certificate had almost entirely lost its appeal because it was not mandatory. ‘Instead of domestic additional professional qualifications, foreign-based equivalents were available – for example, ACCA,’ explains Kosholkina. ‘But learning and passing exams in English is a real obstacle for many accountants and auditors.’ (See panel above.)

Industry experts also warn that too few younger people are coming into the accountancy sector in Russia. ‘The profession is ageing and young people are not willing to become auditors,’ says Kosholkina. ‘Individuals need to use a lot of their own resources to maintain skills. Young people come to the profession, as a rule, to gain a little experience, and rarely stay for a long time.’

The Russian accounting sector will by no means be immune to new technologies such as blockchain. ‘The accountancy/audit profession will be digital in the future, not in full but to a major degree,’ says Losevskaya. And Bakulina predicts: ‘The number of accountants in Russia will decrease, but qualifications will increase.’

"Accountants acted as government agents in businesses to prevent fraud. Balances were not made public"

ACCA has launched a Russian-language advanced diploma in finance and business, offering new opportunities for young professionals in Russian-speaking regions where there is growing interest in ACCA, but limited English-language capability. The diploma is available to people based in Armenia, Azerbaijan, Belarus, Estonia, Kazakhstan, Kyrgyzstan, Georgia, Moldova, Russia, Tajikistan, Ukraine and Uzbekistan, with the first exam sitting set for December 2019. ‘The new pathway will make an important contribution to the accountancy professions and economic sustainability of these countries,’ says Vera Starodubtseva, head of ACCA Russia.