With the consultation now closed on the government’s proposed changes to tax relief for R&D, a cap on its benefits could hit SMEs just when they need most support 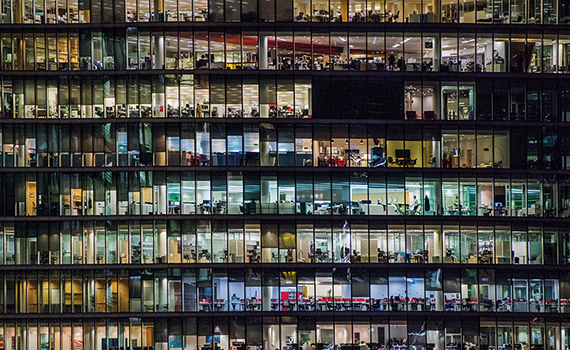 Following an announcement in the 2018 Budget, the Treasury and HMRC issued a consultation document on research and development (R&D) tax relief for small and medium-sized enterprises (SMEs) in March this year. The proposals aim to prevent what chancellor Philip Hammond described in his Budget speech as ‘our generous R&D tax credits system being abused’ by reintroducing a PAYE restriction for the SME scheme.

The Budget red book (the document containing all the Budget statistics and small print – it’s at bit.ly/redbook-2018) spelt it out in more detail. From 1 April 2020, the amount of payable R&D tax credit that a qualifying loss-making company can receive in any tax year will be restricted to three times its total PAYE and NIC liability for that year.

This, the government hopes, will ensure the relief is not susceptible to abuse, including fraud, following HMRC’s own work in fighting £300m of fraudulent claims by companies set up to claim the cash available through the payable tax credit, even though they had no R&D activity. HMRC also identified structures deliberately set up to claim the payable tax credit despite the companies engaging in little employment or activity in the UK.

However, the government said it would consult on the detail to determine the likely impact – a move welcomed by tax professionals. Gareth Peters, R&D tax credit specialist at MHA MacIntyre Hudson, says: ‘Most tax changes since the financial crisis have been about raising additional taxes, but R&D credits have been improved over time and corporation tax rates have fallen. The result has been the UK becoming a more attractive place for companies to place their high-skilled R&D activities, so it is pleasing to see the consultation to ensure the proposed changes do not unduly damage the competitiveness of the UK’s tax regime.’

For some time, companies investing in developing and improving their products have been able to exchange their tax losses for a payable tax credit from the government. Uncapped since 2012, the proposed reintroduction of a cap would limit companies’ ability to claim the credits without committing to R&D activities in practice. Peters accepts that at three times the level of payroll taxes paid, the proposed cap would still allow innovative companies with smaller staffing levels to commit resource to R&D, with effective support from the government.

However, the government is aware that capping the amount of payable tax credit will add some administrative burden for businesses. It is therefore considering applying the cap only to payable tax credit claims above a certain threshold so that the smallest claims would be unaffected.

To prevent abuse from groups making many small claims at or below the threshold, the government intends to allow only one sub-threshold payable tax credit claim per year for any given group of companies under common control.

While the consultation document suggested a £10,000 threshold, Peters argues it could be set at £20,000. ‘A fixed threshold at which the rules start to be applied should be considered in order to avoid undue burden on small companies,’ he says. Likewise, the Chartered Institute of Taxation believes £10,000 is too low and has also called for a £20,000 threshold.

Other experts are critical of the move to align tax credits with PAYE and national insurance contributions, which could be an issue for startups where the directors do not take a salary or defer doing so. It could also be problematic for companies unable to find staff in the UK with the required skills or at a cost-effective rate – using contractors will reduce their PAYE and NIC tax bill.

‘In an increasingly global market, and certainly with the uncertainty of Brexit, this could be a very real scenario for a number of businesses,’ says James Tetley, head of R&D tax at RSM.

Although HMRC is understood to estimate that only around 5% of R&D claims would be affected in this way, this is still a sizeable figure and includes companies that would be penalised for trying to run their business along ‘commercial’ lines, according to RSM.

The consultation suggests the possibility of carrying forward the benefit of a cash credit until a later period when there would be sufficient PAYE/NICs for a payment to be made. However, this carry-forward is proposed for only two years, so companies that defer salaries for a number of years could still lose out.

This is clear from the examples given in the consultation document itself (it is available at bit.ly/tax-credit-consult): while one company with an R&D spend of £100,000 and PAYE/NIC bill of £40,000 can claim £33,350 in payable tax credit, another company with the same R&D spend but with a much lower PAYE/NIC bill of £3,000 would get only £10,000 (ie no more than the threshold). To get its full R&D tax credit entitlement, the company would need to increase its PAYE/NIC bill to £11,117. To get more cash back, the company would have to carry out less R&D in the following year or increase its wages bill.

‘At the very least, it would be welcomed if the carry-forward was not time-barred, giving the company peace of mind that there may be a benefit in the future,’ Tetley says.