What does the general public want from audit today and into the future? New research from ACCA explores how the profession could evolve 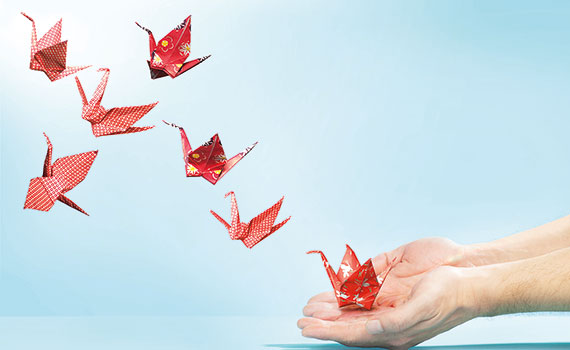 The audit profession has suffered from an expectation gap for almost 50 years. In fact, the earliest reference to it dates back to 1974, when Carl Liggio, the chief legal officer for Arthur Young (one of the firms that later merged to form EY), defined it as ‘the difference between the levels of expected performance as envisioned by the independent accountant and by the user of financial statements’.

Fast forward several decades and the expectation gap persists as a result of some major corporate failures. In particular, the collapse of UK contractor Carillion in 2018 triggered a number of reviews into the operation and regulation of the audit profession, with a focus on the expectation gap. In Australia, a 2019 report of the parliamentary joint committee on corporations and financial services observed: ‘There is a series of expectation gaps between what investors and the public expect of gatekeepers such as auditors, and what those gatekeepers are legally obliged to do, and what their roles involve in practice.’

The report suggests that the expectation gap has three components:

ACCA believes each of these gaps must be addressed separately if the overall expectation gap is to be narrowed.

The research found a vast knowledge gap when it comes to audit (see box). Just 34% of all respondents correctly identified the auditor role as being to provide an opinion that the financial statements of a company give a true and fair view and do not include material mistakes due to fraud or error. Worryingly, given that the UK is at the centre of much of the public debate around audit right now, the UK ranked bottom of the 11 countries surveyed in terms of public knowledge of audit, with just 25% of respondents properly understanding what an auditor does.

More than half of all respondents (55%) believed companies would not fail if auditors did their job properly; among Malaysian respondents, the figure was 75%. The public does not appear to understand that avoiding corporate failure is primarily the responsibility of a company’s management team. While an audit may identify factors that could result in corporate failure, such as material uncertainty around going concern and internal control deficiencies, it is not designed to address market-related factors such as sustainability of the business model.

To identify where auditors are not living up to performance expectations, ACCA studied the most recent internal inspection findings from the International Forum of Independent Audit Regulators. The areas of audit with the most findings for the years 2014–17 were accounting estimates, including fair value measurement, and internal control testing, although consistent improvement in auditor performance was also identified, with only findings on group audit worsening.

It seems that in practice the performance gap is already narrowing, although the public may not realise this. ‘Many people think that the expectation gap can be defined as the performance gap, but that is not the case,’ explains Antonis Diolas, ACCA’s audit and business law manager. To address the performance gap, the report recommends that audit firms should act on the inspection findings they receive, that regulators should steer firms towards a culture of quality rather than a compliance mentality, and that standard-setters should revise accounting standards to be clearer and offer enhanced guidance.

The research makes it clear that the public wants auditors to play a bigger role in detecting and reporting fraud. Over a third (35%) of all respondents expected auditors to achieve the impossible and ‘always identify and report any fraud’, while 70% thought audit should evolve in a way that enables it to prevent company failures.

The challenge with the evolution gap is that it cannot realistically be addressed unless the knowledge and performance gaps have already been narrowed. ‘Otherwise, there is a high chance that we will end up with overregulation because the public and the profession are not at the same starting point,’ Diolas explains.

To close the expectation gap, the audit profession needs to collaborate with its key stakeholders – regulators, standard-setters, professional accountancy bodies, audit firms, audit committees, investors, governments, media and the public. Communication with the public is critical to closing the knowledge gap while a focus on audit quality is key to closing the performance gap.

While the research identifies potential areas for evolution in audit, it advises policymakers to be mindful of the link between the knowledge and evolution gaps when implementing new policies and regulations to satisfy public demand. ‘We hope standard-setters and policymakers consider the link between the three different components of the expectation gap and recognise that lack of performance is not the only issue,’ says Diolas. ‘There is also a knowledge component. We want to have a discussion around evolution while being realistic about what can be achieved.’