Irish companies often view corruption and bribery as overseas problems, but with tough new legislation coming into force, many will need to assess the risks nearer to home 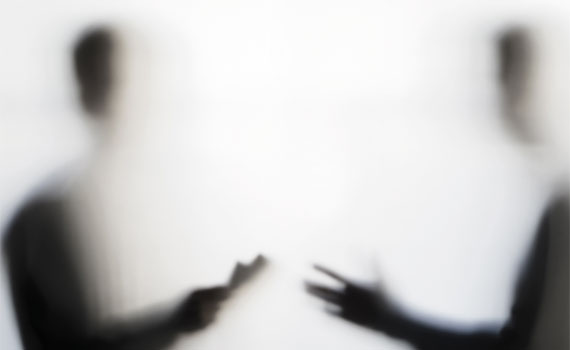 Few would disagree that the stain of bribery and corruption has left its mark on Irish life, as evidenced by the culture of ‘brown envelopes’ or cash bribes that influenced some key local government planning decisions in the 1970s and 80s. Of apparently greater concern at present is the challenge of bribery and corruption on the global stage, particularly as Irish companies look to the international marketplace in a post-Brexit future.

A 2016 EY survey of Irish exporters found that over half of respondents believed that corruption was ‘endemic’ in some of the rapid-growth countries they were targeting. Yet, while corruption is certainly a major issue in many developing economies, and Ireland does respectably well on the Corruption Perceptions Index (ranked 19 out of 183 states in 2018), the perception that the challenge lies ‘out there’ rather than closer to home may present a danger in its own right. The EY survey found evidence of this double standard to be prevalent among many business professionals. Some 42 per cent of financial services executives believed bribery and corruption to be an ongoing challenge, but only 13 per cent perceived it to be commonplace in their sector.

It’s a disconnect in thinking that may explain why the Criminal Justice (Corruption) Act 2018 has gone largely under the radar in the Irish business world. The first major overhaul of bribery and corruption legislation in a century, the new act has ramifications at all levels of business, including professional service providers. It introduces a corporate corruption offence that means a corporate entity can be found guilty of an offence if it is committed for its benefit by any director, manager, secretary, employee, agent or subsidiary.

‘To defend itself against proceedings brought against it, a business will need to prove that it took all reasonable steps and exercised all due diligence to prevent the issue occurring,’ explains Deirdre Carwood, forensic partner at Deloitte Ireland. Carwood makes her observations in a 2019 Deloitte survey that explores attitudes to bribery and corruption among Irish organisations. A sense of detachment is again in evidence : while half of respondents see reputational damage as a major consequence of bribery or corruption, only 18% believe it is a risk for them. ‘Bribery and corruption are still not well understood in Ireland, despite being a reality of doing business in both domestic and foreign markets,’ Carwood concludes.

It’s a view shared by John McCarthy of John McCarthy Consulting, who provides technical and regulatory support to accountants. McCarthy says the risk for accountancy firms is that bribery and corruption offences don’t happen in isolation. ‘They usually come as a “package” and are often carried out alongside connected offences like money laundering, theft and fraud, and similar criminal offences where accountants and auditors already have whistleblowing responsibilities in other legislation. While the legislation itself contains no whistleblowing duties for accountants per se, it is likely to widen the scope of what might be caught by existing whistleblowing laws,’ he says.

McCarthy describes the relatively muted response of the profession to the new legislation to date as ‘very worrying’ and contrasts it to the UK, which overhauled its bribery legislation in 2011. ‘The more proactive accountancy firms implemented anti-bribery and anti-corruption procedures themselves, and helped train their clients to deal appropriately with the legislation. Some businesses in the UK at that time insisted they would not do business with an accountancy firm unless it could prove it had anti-bribery/anti-corruption procedures in place,’ he says.

Meanwhile, research undertaken by Mazars Ireland further underscores the message that businesses that believe that their bribery and corruption concerns lie overseas are likely to be engaged in wishful thinking. Published in early 2019, the research suggests occupational fraud and abuse are serious risks across organisations in Ireland. It found that no less than 50% of senior business leaders experienced financial loss due to fraud and abuse over the past two years, costing on average between €10,000 and €20,000. The research also showed that only 50% of respondents were aware of the new corporate liability offence.

McCarthy argues that accountancy firms will ultimately need to confront their responsibilities and train staff to be alert to bribery and corruption. ‘It will cause firms to train their personnel to be a bit more sceptical when they come across transactions that could be caught by the legislation, which includes soft bribes such as the giving/receiving or attempted giving/receiving of holidays/reduced-price goods/gifts, in unusual circumstances,’ he says.

It also includes situations where the attempted inducement fails. ‘In the UK in 2011, a driving test candidate was successfully prosecuted for attempting to bribe her driving test examiner, even though the examiner refused the bribe,’ he explains.

Ireland’s recent history offers some salutary lessons on how the uncovering of corruption can destroy reputations and upend organisations. The new act means it is not just reputational damage, but criminal responsibility that organisations must worry about if they ignore their responsibilities. The biggest challenge in mitigating this risk at present would seem to be the persistent thinking among Irish business leaders that it’s an issue over the horizon rather than under their noses.

Corruption can be difficult to define, but encompasses the following misconducts:

Bribery
Dishonestly persuading someone to act in one’s favour by a payment or other inducement (gifts, loans, fees, rewards, services, donations, etc)

Embezzlement
To steal, misdirect or misappropriate funds or assets placed in one’s trust or under one’s control. From a legal point of view, embezzlement need not involve corruption

Extortion
Impairing or harming, or threatening to impair or harm, directly or indirectly, any party or the property of the party to influence improperly the actions of a party

Patronage, clientelism and nepotism
Patronage at its core means the support given by a patron. In government, it refers to the practice of appointing people directly.