Increasing demand calls for an overhaul of pensions tax relief

Tax reliefs are designed to make saving into a pension an attractive option, but there are growing pressures for an overhaul of the regime to ensure a wider safety-net 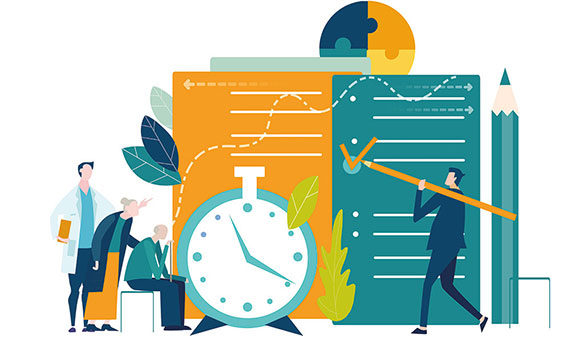 The end of the tax year presents an opportunity to tie up financial loose ends and, as many accountants will know, a brief but intense focus on pension planning is often part of this.

There are good reasons why this is so. As a recent article in The Irish Times put it: ‘Pensions are in a league of their own when it comes to tax-efficient investments,’ a fact attributable to the significant tax reliefs allowed by the Revenue on pension contributions. The amount allowable is staggered by age, moving from 15% of total salary for those under 30 to 40% for those 60 and over. While changes in the last decade have make the regime less generous than it was (notably a reduction in the salary cap from €254,000 to €115,000), they have not diminished its overall appeal to the majority who avail of it.

Attractive as it is, there is growing debate around the effectiveness of tax relief in addressing Ireland’s ballooning pension requirements. Government statistics point to just 35% of private-sector workers funding their own pensions, meaning some two-thirds do not, with a further significant percentage likely to not be saving enough.

The consequences of this may be felt sooner rather than later. A report published in early 2019 suggests that by 2030, one in six people in Ireland will be over 65, an increase from the one in eight today; while by 2055, 1.4 million people will eligible for the state pension, compared to 600,000 in 2015. A shift to auto-enrolment, where employees are automatically enrolled in workplace schemes, has been mooted in response to this, and Ireland is one of just two countries part of the Organisation for Economic Co-operation and Development without such a system in place.

A recent report from NUI Galway may put additional pressure on the government to speed up the reform process, as it suggests abolishing the current tax relief system as part of efforts to ensure pension security for a broader base of private-sector workers.

Pensions in Ireland: The perspectives of Irish citizens and implications for the Irish pension system and reforms is based on conversations with what its authors say is a representative range of citizens on the pension system. Unsurprisingly, it finds views on it are influenced by factors such as work experience, health, income and age. The report pointedly concluded that it found ‘only a minority were knowledgeable about and understood how the tax system and pension system interacted’ and throws light on what it sees as a key tension in the current regime: for those on lower incomes, favourable tax treatment is of little to no consequence, while for the very highest earners, it provides a generous saving subsidy that may arguably not be needed.

Lead author Dr Emer Mulligan says the research shows a ‘clear need to investigate the true cost to the taxpayer’ of the current system, adding ‘it does not appear to be achieving its objective of increasing pension coverage’. The report may already be said to have the ear of government, as it was launched by Fine Gael TD Kate O’Connell, who said the report was further evidence of a pension system that was ‘not fit for purpose’, and that its findings ‘will certainly impact our political and public debate on this matter’.

While there is broad consensus that pension planning is poorly understood by the general public, not everyone agrees radical reform of the current tax regime is the way forward. ‘Pension research conclusively finds the large majority of people do not understand how pensions work and find them too complicated,’ says Michael McKenna, chief operating officer, Standard Life International. He argues that a combined educational approach between industry, government and employers is needed to address this.

McKenna says he joins those welcoming the move to auto enrolment and believes it will benefit those on lower incomes significantly. However, on the question of abolishing current tax reliefs, he says: ‘The suggestion that reducing income tax relief would somehow lead to increased retirement saving or more people having adequate pension pots is flawed. We anticipate the opposite – more people thinking that saving for retirement is unattractive and reducing their pension saving.’

McKenna also challenges the argument that Ireland’s tax reliefs are generous by international standards, pointing to the UK regime, which he says ‘is very similar to Ireland’s with higher rate tax relief’. He adds that recent reforms, such as the effective halving of the salary cap, mean the concept of pension relief benefiting the wealthy and super-wealthy is a ‘red herring’. ‘The people who proportionally need most help are middle-income earners,’ he says.

Arguments around protecting the current regime have an unlikely ally in the form of the country’s biggest trade union group. Earlier this year, the Irish Congress of Trade Unions warned government not to undo the benefits of the existing system, saying such a move would adversely impact workers currently saving for their retirement. In a submission to government on auto enrolment, it called ‘for the value of the state contribution to reflect the value of the current 40% tax relief arrangement’.

With significant pension reform undoubtedly on its way, a question mark hangs over the role that the current tax reliefs will play. What can be said with some certainty is that a more generous relief system is unlikely to emerge, meaning a version of the old Chinese proverb should doubly inform the financial decision-making of many this year’s end: ‘The best time to plan for a pension was 20 years ago; the second best time
is now’.

Central Statistics Office data, based on Q3 2018 and published in April 2019, shows:

56.3% of all workers aged 20 to 69 have supplementary pension coverage

50.7% of self-employed people have pension coverage

lowest rate of coverage (15.9%) is among workers in accommodation and food service sectors.