Bangladesh’s transfer pricing law has finally netted US$1.2m in tax from multinationals operating in the jurisdiction, with scope to collect far more 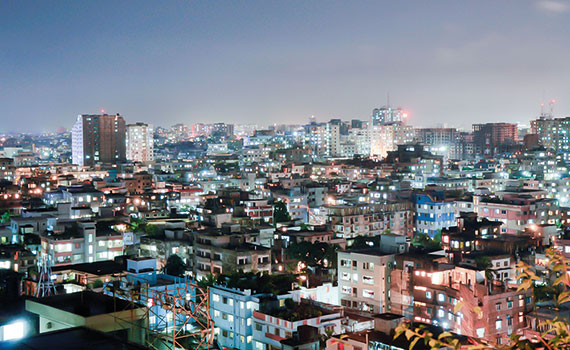 In Bangladesh, a country where tax collection remains weak, a transfer pricing (TP) law passed in 2012 and in force since 2014 is finally starting to bring in some tax revenues.

Unsurprisingly, progress has been slow and the sums collected very small, demonstrating the difficulties faced by emerging markets in rolling out complex tax legislation aimed at large multinationals. The National Board of Revenue (NBR) reports that it collected just US$1.2m in additional taxes from 10 multinationals in the financial year to June 2018 as a result of the transfer pricing legislation. The companies in question – which operate in the mobile telecommunications, electronics and apparel sectors – adjusted their tax payments voluntarily following requests based on changes to the Bangladesh Income Tax Ordinance, according to a senior official in the board’s small eight-person TP unit.

Around the world, TP rules aim to prevent the leakage of tax revenue that can occur when two associated entities under common ownership fail to charge an ‘arm’s length’ price for tangible or intangible goods and services, a move that can distort income and profits made by an entity in a particular jurisdiction. This distortion can lead to a reduction in tax revenue.

In most cases, the TP rules affect multinational enterprises with subsidiaries within the relevant jurisdiction. The rules can be complex, making compliance and enforcement difficult, time-consuming and expensive.

However, despite the slow progress, the NBR believes that – in a country where the litigation process can be slow, uncertain and costly, and where maintaining good personal relationships in business and government is important – informal pressure is the best approach to collecting the tax. ‘We’re focusing on voluntary compliance as our aim is to keep litigation to a minimum,’ says a board official.

The TP unit does have plans to launch audits of a number of the multinationals that have filed returns. Mohammad Kamruzzaman, an associate member of the Institute of Chartered Accountants of Bangladesh (ICAB), estimated in Q2 2019 that if the board reviewed the files of the top 20 corporate taxpayers under the country’s TP rules, and regularly monitored their accounts, it should be able to collect additional annual tax revenues amounting to more than US$11m as early as the 2019/20 financial year.

Around 1,000 multinationals operate in Bangladesh. In 2017 to 2018, more than 100 submitted the required statements of international transactions to the TP unit. This number is expected to rise as the phased ‘soft’ enforcement advances.

Corporations are required to submit a certification that their TP return contains all the information required by the country’s TP regulations. If these returns are found in an audit to be non-compliant, multinationals may face penalties of up to 2% of the value of each non-compliant transaction.

According to Mehedi Hasan, a partner with KPMG Bangladesh, the law is broadly consistent with the Organisation for Economic Co-operation and Development’s 2010 Transfer Pricing Guidelines for Multinational Enterprises and Tax Administrations, however analysts point to flaws in the measures.

A second criticism of the regulations is that they have no ‘safe harbour’ rules – provisions prescribing minimum return/price for specified transactions. They also lack provision for multinationals to strike advance pricing agreements (APA) by which taxpayers can agree an arm’s length price for their intra-group transactions.

Introducing such rules would make the administration of Bangladesh’s TP regime more efficient and easier to negotiate, says Doshi. ‘Most developed countries have a comprehensive set of procedures for obtaining binding APAs from the tax authorities, to provide certainty,’ he says. Hasan agrees that improvements could be made to the system, although in his view ‘the start of Bangladesh transfer pricing has been positive’.

Additionally, he believes that with consistent implementation more progress can be made. Hasan points out, however, that the government needs to address a serious lack of capacity. ‘It needs well-informed officials, who are properly remunerated and technologically equipped,’ he says.

According to the NBR official, the tax board plans to upgrade the TP cell by 2021, with more staff and more resources. The Netherlands Tax and Customs Administration has given technical advice to the TP cell, however, Hasan believes the TP group could boost its knowledge and expertise by working with accounting bodies and private-sector accountants.

Doshi points to India, Malaysia and Indonesia, where TP regulations have ‘travelled some distance’. Notably, these authorities have tackled the monitoring of cross-border transactions with tax authority partners, spotting mismatches in declared values and sharing this information.

Hasan suggests that multinationals might adopt a less aggressive approach to tax planning if the government reduced its high levels of corporation tax, which encourage multinationals to look for creative ways of paying less.

Compliance is in part hamstrung by a trust gap, he says, suggesting the revenue board should assure multinationals that they will be treated fairly if they follow TP rules.

Aftabul Islam, a former president of the American Chamber of Commerce in Bangladesh, says TP has the potential to create a ‘revolution’ in tax collection and that related reforms, such as overhauling company and banking laws (as yet unfinished) would also help the TP system operate effectively. The tax collected is but ‘a drop in the ocean’, considering what could be gathered through full compliance.

"If the board reviews the files of the top 20 corporate taxpayers under the transfer pricing rules, it should be able to collect a further US$11m"