A change in business culture is on the way

The interaction between boards, auditors and governance makes accountability a challenge. The solution will be enhanced regulatory responsibility, says Robert Bruce 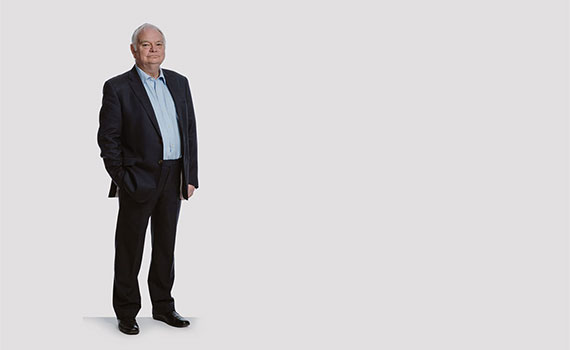 It has long been impossible in our complicated times to be sure of anything on the horizon. But looking at the new year unfolding ahead of us, there has to be a feeling that all the arguments have been so rehearsed and fought over in recent years that a pattern should gradually emerge.

Like so much in public life, the debate over the complex interconnection between the boards of companies, auditors, and corporate governance has become disjointed. Popular solutions to difficult issues are always those that portray the problems as being someone else’s fault. That way mud can be thrown at the perceived perpetrator. Enormous satisfaction can be derived. But the problem will remain unresolved. Effective solutions to dilemmas are rarely grappled with. Invariably they will be complex and devoid of vindictiveness and so rendered unattractive to the reformers involved.

And so it has been. But there are signs that a change in business culture is on its way. In the UK there has been an inevitability about it. The idea that the overwhelming corporate objective was to maximise shareholder earnings to the exclusion of all other interested parties has been on the wane for some years. The rise of several factors – sustainability, the increasing importance of non-financial reporting, the significance of a narrative of value creation, and the recognition of the wider circle of stakeholders vital to the long-term survival of a company – have all contributed.

As ever, the elephant in the global room has been the US. But last year something occurred that would have been astonishing a few years back. Almost 200 members of the US Business Roundtable, the traditional collective voice of US business from Coca-Cola to Walmart, announced that it would be, by and large, all stakeholders to whom they would be beholden, not just the narrow band of shareholders.

This is where cultural shifts are likely to bring further change across the year to come. It is about widening responsibility in all regulatory fields.

One of the problems of the old Financial Reporting Council, responsible for policing corporate governance in the UK, was the narrow government-imposed jurisdiction it laboured under. It could only investigate qualified accountants and only once all other interested regulatory bodies had completed their investigations.

Once reconstituted as the Arga – the Audit, Reporting and Governance Authority – it will be able to pursue all CEOs, CFOs, chairs and audit committee chairs, whether they are accountants or not. The whole policing of governance will undergo a seismic cultural change, and it will knock one of the more bizarre concepts of recent times on the head.

In the popular mind the idea had grown that auditors were almost entirely to blame for corporate failures. Even Sir Donald Brydon, speaking before his review of audit and audit quality was published, broke his pre-publication purdah to make the point that: ‘It is not auditors that cause companies to fail; that is the result of actions by directors.’ The fact that he had to point this out showed how far the idea had taken root.

This cultural shift will focus attention on the growing recognition about the importance of Section 172 of the Companies Act which, in a nutshell, emphasises that directors bear responsibility for corporate wellbeing and the idea that the accounts have to be fair, balanced and understandable. The arrow of blame will move from the auditors to the board of directors and their colleagues. And it should also end the notion that it is the auditors who should step into the limelight ahead of the company directors and bring ineptly managed and failing companies to an end, precipitating thousands of redundancies, while the directors sidle off into the sunset. All bets could be off in this chaotic world of ours, but you never know, cultural change may provide the answers.

Sir Donald Brydon made his misgivings plain before the publication of his review of the scope and quality of the audit market. ‘I have said before,’ he told a conference towards the end of the year, ‘that it is not, however, auditors that cause companies to fail; that is the result of actions by directors. And I am a little troubled by the current mood that reaches for a shotgun aimed at auditors every time there is a corporate problem. I am mindful that audit needs to be an attractive profession that attracts the brightest and best who can have confidence that good professional work will not be misdescribed at moments of stress.’