No global recession in 2020, but growth still stuck at sluggish

Geopolitical tensions make for downbeat global economic forecasts for the year ahead, although there are some causes for optimism, says Michael Taylor 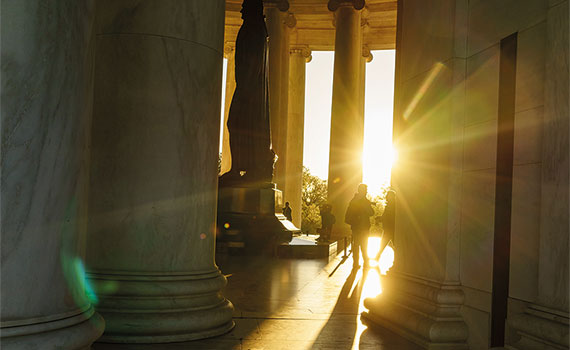 Last year the global economy expanded at close to 3%, the slowest rate since the financial crisis 10 years ago. The slowdown progressed steadily throughout last year and was foreshadowed by our Global Economic Conditions Survey, which showed global confidence faltering with each successive quarter. In its recent World Economic Outlook report, the International Monetary Fund (IMF) summed up the situation under the title ‘Synchronised Slowdown, Precarious Outlook’. So what’s in store for the year ahead?

A major cause of slowing global activity continues to be the trade war between the US and China. Increased tariffs will have a relatively modest direct effect on both economies’ GDP growth given their large domestic markets. But the uncertainty created by trade tensions and the wider ramifications on technology transfer and intellectual property is acting as a drag on business confidence and investment not just in the US and China. In addition, the World Trade Organisation has recorded a general growth in protectionist measures in recent years, undermining the trend towards globalisation.

Weakness has been widespread, with nearly every major economy growing more slowly in 2019 than in 2018. But the Chinese economy was the biggest downside surprise in 2019 and is a major risk in the year ahead. It seems likely that China growth will fall below 6% this year – the lowest rate in 30 years. A surprise last year was China’s failure to respond to increasing evidence of a slowing economy with robust stimulus measures – as it had done in previous slowdowns. Growing concerns about high debt levels appear to have made the Chinese authorities more cautious, limiting their efforts to cushioning rather than preventing economic slowdown.

The global slowdown so far has been driven by a sharp turndown in industrial production and global trade. By contrast consumer spending is holding up quite well in many countries. Low unemployment and rising real wages boosted by low inflation are key factors here, and there are few signs of cooling as yet in labour markets. 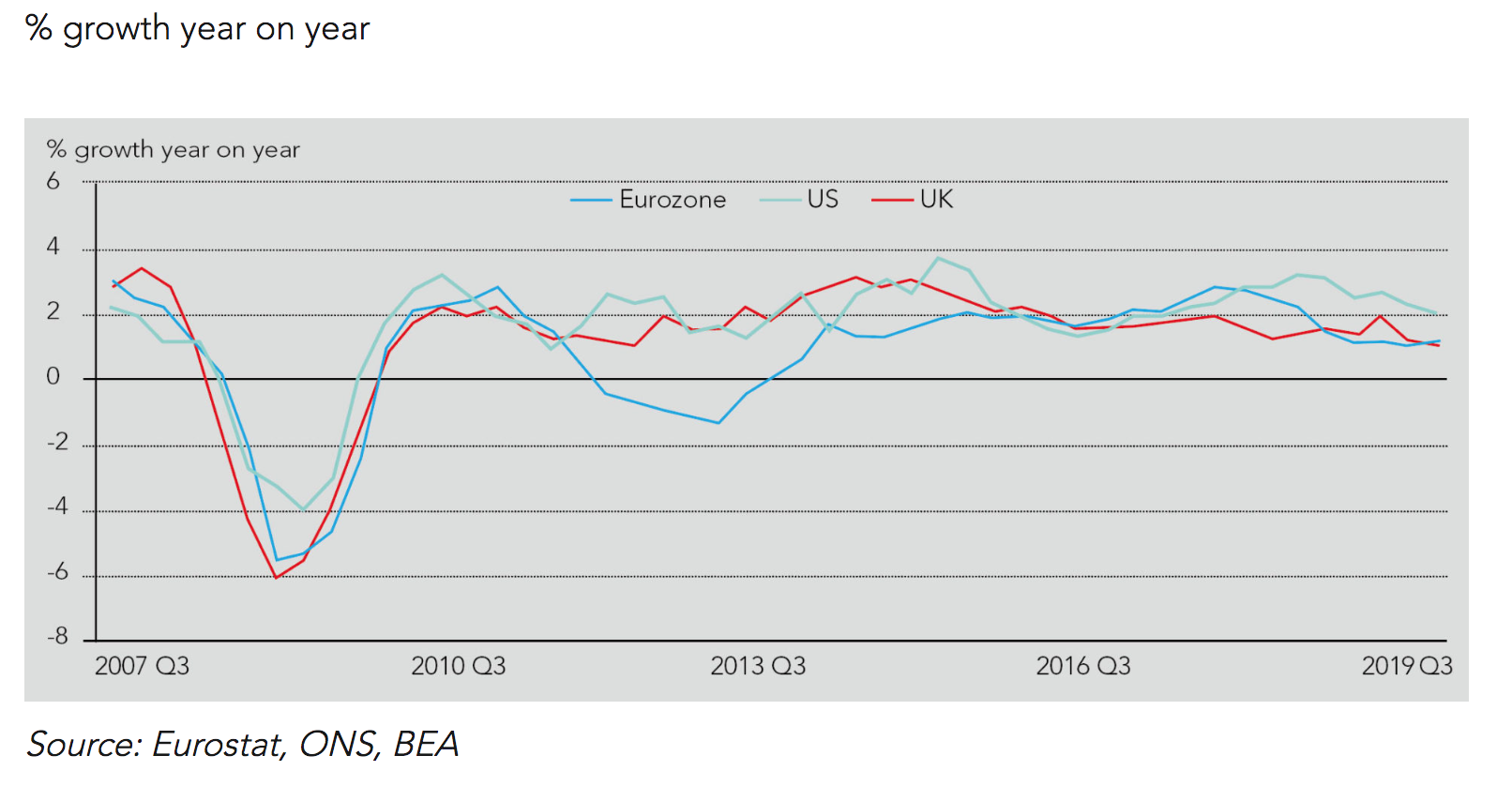 Looking at the year ahead it is important to recall that monetary policy was eased in numerous countries in 2019; with the usual lags, this would be expected to support growth in coming months. The lead was taken by the US Federal Reserve, which cut interest rates by a total of a three-quarter percentage point during the second half of last year. Easing by the US allows other central banks the flexibility to ease policy too, especially those with fixed exchange rates with the US dollar. Lower US interest rates also benefit other central banks in emerging markets, as their debt servicing costs are reduced.

The IMF and Organisation for Economic Co-operation and Development have called for fiscal easing to offset the current downturn. Examples last year include Thailand and Malaysia introducing expansionary budgets to mitigate the effects of a slowing Chinese economy, and India announcing significant tax cuts in the face of a sharply slowing domestic economy.

But the prospects of material fiscal ease in three of the largest economies – China, Germany and the US – are negligible. The case for a fiscal boost in Germany is overwhelming; public sector debt is relatively low and the government can borrow at negative interest rates to finance extra spending. Moreover, the German economy is currently stagnating as it bears the brunt of the slowdown in global trade. Germany’s ‘black zero’ rule, which stipulates a budget balance, stands in the way of more borrowing.

At the other extreme, China and the US have largely exhausted their fiscal legroom. Previous large stimulus packages have reduced China’s ability to boost growth through monetary and fiscal ease. The US pro-cyclical policy easing two years ago boosted a buoyant economy with tax cuts but pushed the budget deficit to over 4.5% of GDP, limiting the scope for future easing given an already high public sector debt.

The global economy in 2020 is likely to grow at 3% or so – much like last year. The risks are to the fore, with no early resolution of the US-China trade war in prospect and a continued lack of fiscal policy response by major economies. More positively, monetary easing will support growth, and consumer spending should continue to hold up. It is also, of course, a US presidential election year, which usually coincides with a fairly robust US economy. To sum up, we foresee no global recession but another year of sluggish growth.