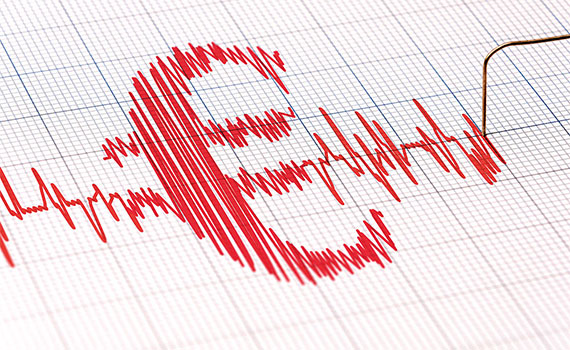 Corporate profit shifting costs countries between US$100bn and US$240bn in lost tax revenue each year, according to the Organisation for Economic Co-operation and Development (OECD), with developing nations particularly heavy losers.

In response, the intergovernmental economic organisation is leading on the Base Erosion and Profit Shifting (BEPS) framework. In October last year, the OECD adopted a ‘two pillar’ approach to developing a consensus-based solution to the tax challenges arising from an increasingly digital economy. Pillar One considers new nexus and profit allocation rules for users and market jurisdictions that would not be dependent on a physical presence. Pillar Two focuses on developing a globally agreed minimum rate of corporate tax to address the remaining BEPS issues.

Ireland accepts the need for some reform, but not Pillar Two. A spokesman for Ireland’s Department of Finance explains: ‘We believe that the Pillar One proposals, which seek to agree new approaches to how value creation is recognised and taxed in highly digitalised business models, are better placed to deliver a globally agreed sustainable solution.

‘We remain to be convinced that the Pillar Two proposals on minimum effective tax rate measures are appropriate or necessary to address the tax challenges of digitalisation. We are also concerned about the lack of clarity as to the main objective of the proposal. Ireland is committed to examining what actions are needed to address aggressive tax planning, but we do not support proposals which seek to eliminate fair tax competition.

‘Nevertheless, Ireland continues to engage positively in the discussions at OECD, and remains open to solutions which respect our right to compete fairly and respect the legitimacy of Ireland’s longstanding 12.5% corporate tax rate.’

PwC Ireland tax partner Peter Reilly believes both sets of proposals must overcome significant challenges if they are to be implemented. He says: ‘The two workstreams will both require political agreement by the large power broker countries across the globe. Pillar One seeks to attribute a portion of the profits of certain multinational groups to the jurisdictions in which their customers are based. While there are a number of open questions as to how this will be applied technically, any such proposal would be a significant change from the rules as they currently stand.

‘Pillar Two, on the other hand, proposes that multinational groups pay tax at a minimum level. This would mean that groups may have to make top-up payments – or other adjustments – to bring their tax up to a minimum level. Again, there is a significant amount of work to be done on the technical elements of this proposal, with open questions around whether this minimum basis would be set at a global, jurisdictional or entity level.

‘It is likely that Ireland will be impacted by any of the proposed changes. Any move towards a market basis of taxation could impact our tax receipts; similarly, a global minimum tax could hurt our regime if it was enforced at a jurisdictional level and at a rate greater than 12.5%. However, there is still much to play for, and the work being undertaken in the coming weeks and months by the broad range of OECD and non-OECD countries through the OECD’s inclusive framework will be critical in determining to what extent these proposals impact Ireland and other jurisdictions across the world. What is clear, however, is that change is coming and is likely to be fundamental.’

Aidan Clifford, ACCA Ireland’s advisory services manager, suggests there is no need to panic. ‘The single competitive advantage of a 12.5% corporation tax has already been eroded by other countries converging towards that rate and by the uncertainty over the BEPS project,’ he points out. ‘Investment decisions are based on projections for many years into the future and those projections already include assumptions over the tax uncertainty caused by BEPS, yet foreign direct investment still floods into Ireland. FDI continues because we have strong intellectual property rights – an asset class that can account for the vast majority of an investor’s balance sheet.’

Martin Shanahan warned against taking FDI for granted. ‘The challenge,’ he said, ‘particularly if international market conditions become more difficult in the years ahead, is to maintain Ireland’s competitiveness and our attractiveness to overseas firms.’ Business group Ibec has warned that Ireland could lose more than 10% of its corporation tax revenue – over €1bn, based on last year’s tax take – under the Pillar Two proposals.

Tax receipts last year came in €1.4bn ahead of original expectations, due to a very strong corporation tax performance. The Ministry of Finance expects implementation of the BEPS initiative to reduce corporation tax receipts by an incremental €500m a year from 2022 onwards. While this figure is merely a best assessment, there is an overall risk that the tax hit from BEPS-related changes could be in the range of €800m to €2bn.

‘Running budgetary surpluses in good times is the best way of de-risking our economy and public finances from the shocks that – as a small open economy – are likely,’ says Finance Minister Paschal Donohoe. ‘Changes to international taxation are on the way. We have no control over this and must prepare for it – this is why we need surpluses.‘