If governments want to improve the efficiency of corporate taxation systems, they first need to understand the compliance motivation – or alienation – of businesses 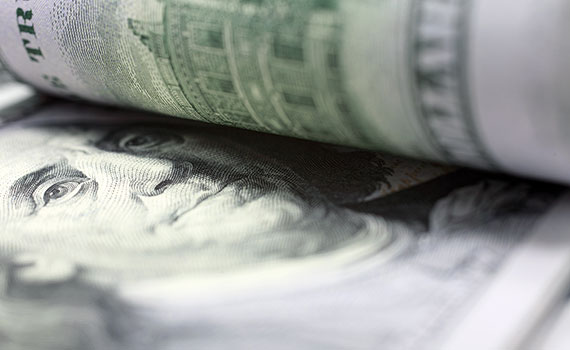 Tax morale is an incredibly important concept, but one that doesn’t always translate well from English – the default tongue of many international tax discussions – into other languages.

In its lengthy and detailed programme of work, the Organisation for Economic Co-operation and Development (OECD) defines tax morale as the ‘intrinsic willingness to pay tax’. It further defines this intrinsic motivation in its consultation document What is driving tax morale? as ‘our understanding of what motivates taxpayers to participate in, and comply with, the tax system’. It regards this as ‘a vital aspect of the tax system, as most tax systems rely on the voluntary compliance of taxpayers for the bulk of their revenues’.

Tax morale is about far more than an individual’s moral beliefs; it also includes their actions, which may well not reflect those professed beliefs. G20 public trust in tax, an international survey of citizens’ attitudes to tax by ACCA, IFAC and CA ANZ, found overwhelming evidence that across the G20 group of major economies, tax is seen as a legal rather than a moral duty. However, compliance with those legal burdens is arguably more of a moral issue.

If the law is strong enough and compliance measures effective enough, individuals will pay taxes even if they think them morally wrong. In the UK, for example, when Margaret Thatcher’s government introduced a hugely unpopular poll tax in 1989-90, there were riots and demonstrations, but most people paid up. However, an onerous compliance mechanism can discourage voluntary payment of a tax that taxpayers might not otherwise object to. Tax morale is about the whole tax ecosystem, not just internalised individual beliefs.

Within this ecosystem, every taxpayer evaluates, consciously or subconsciously, a range of factors. For many, taxes are an unavoidable fact of life – as US founding father Benjamin Franklin declared in 1789, ‘in this world nothing can be said to be certain, except death and taxes’. Employees can rarely control how much tax they pay, as this is largely managed by their employers. Individuals have little choice but to pay sales taxes on consumer goods. But even when compliance rates are high, employees and consumers may resent the levels or goals of taxation, or how they see the funds being spent.

For businesses, the mechanism of taxation is more complex, operating through a number of constraints and variables that are usually more or less within the control of the business. Profits are calculated over a given period, for a given geographical area, based on a finite class of financial actions. If the business can demonstrate that a particular transaction falls outside the time period covered by its calculation of profit, then no tax will arise on it (at least within that tax return).

Similarly, all governments currently restrict the scope of their taxation to those entities that have some connection, whether physical or legal, with their own geographical boundaries. And taxes fall only on particular transactions. For example, most jurisdictions will allow a tax deduction for payment of interest to an unconnected third party but not for the payment of a dividend (for more on this, see Why is Tax Law Incomprehensible? by lawyer John Prebble, at bit.ly/Prebble-tax). A third party can interpret how to treat the return on its investment to its best tax advantage, but an investor will have their own incentives and conditions around the format and characterisation of the investment. The possibility of a tax-free dividend may well be less attractive to them than the certainty of a (taxed) interest receipt.

There is no simple way to measure the tax morale of businesses, so proxies – such as the fraction of sales concealed from tax authorities – are typically used. Similar datasets to those used for individuals’ tax morale simply do not exist. The OECD What is driving tax morale? research found that if liabilities cannot be accurately predicted, businesses may reduce or divert investments, or put more complex (expensive/inefficient) structures in place to mitigate that risk. It may not be possible to attribute moral values to a business, but its willingness (or not) to engage with local systems can be assessed, and that can give a good guide to likely impacts on tax receipts, and indeed wider investment.

The importance of this information to governments and policymakers cannot be overestimated if they are to make appropriate evidence-based decisions to improve corporate tax systems. Tax morale may be a difficult concept to disentangle from morality, but it is one that the evidence suggests is well worth the effort.

"If tax liabilities cannot be accurately predicted, businesses may reduce or divert investments, or adopt more complex structures to mitigate the risk"