Why accountants are the key to Belt and Road success

The key to the success of the Belt and Road initiative will be a strong and effective accountancy infrastructure, delegates at a Shanghai conference discovered 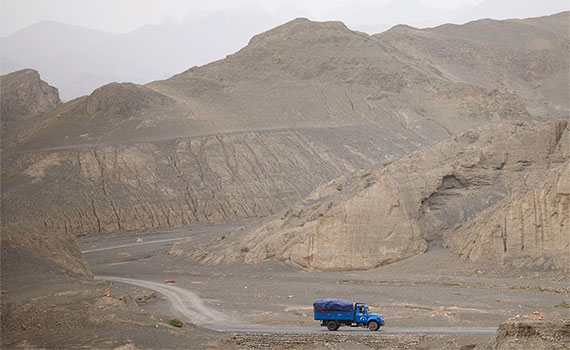 Within the accounting community, there has been a lot of discussion over the past three years on how best to build an accounting infrastructure for the ambitious Belt and Road initiative.

A day-long event in July at the Shanghai National Accounting Institute’s (SNAI) International Conference Centre – hosted by the SNAI, the Accounting Society of China, ACCA and Deloitte China – sought to explore how the ‘Accounting Infrastructure Promotes Belt and Road Initiative’. Zhao Mingji, assistant minister of the Ministry of Finance, noted that accounting is one of the essential infrastructures for international economic development.

‘With the use of over 50 official languages and dozens of local accounting standards, we are facing huge differences in the accounting system along Belt and Road countries; it is a major issue we must deal with. We need to consider how to take effective measures to promote close intergovernmental cooperation on the harmonisation of the accounting system in order to facilitate trade and financial integration,’ said Zhao.

Li Kouqing, president of the SNAI and director-general of the Asia-pacific Finance and Development Institute, said that ‘accounting is a common business language’.

‘Capital financing is crucial in the Belt and Road initiative. In promoting the common prosperity of all countries, it is necessary to strengthen the coordination of accounting, taxation and finance policies among the relevant agencies,’ he said.

During the second BRICS Finance Ministers and Central Bank Governors Meeting, held in Shanghai in June, the BRICS countries (Brazil, Russia, India, China and South Africa) agreed to cooperate on the convergence of accounting standards and audit supervision, according to Wang Peng, deputy director general at the accounting department of the Ministry of Finance and secretary general of the Accounting Society of China.

‘Therefore, we have achieved initial results in the convergence of our BRICS accounting standards,’ said Wang. ‘The Accounting Society of China will focus on the study of those standard and their implementation.’

China has worked hard to promote international convergence of accounting systems, but more effort is still needed from countries along the Belt and Road routes to implement effective practices and regulations.

‘We need to build a multichannel comprehensive communication platform to promote mutual understanding and consensus,’ said Patrick Tsang FCCA, CEO of Deloitte China. ‘We should strengthen communication among academics, accounting professionals and regulators in countries along the Belt and Road.’

Tsang emphasised the need for both business participation and public promotion of a culture of mutual respect. Helen Brand, ACCA’s chief executive, agreed.

‘Such an ambitious plan will only succeed if the economies along the Belt and Road cooperate,’ she said. ‘Our ethos in accountancy has always been to facilitate links that promote sustainable growth.’

One of the keys to fostering this ethos is training. ‘To support the Belt and Road Initiative, we have to strengthen the internationalisation of accounting talents,’ Zhao said. He also highlighted the importance of the event, calling it an excellent platform for jointly exploring accounting practices to promote Belt and Road.

The more mature an economy is, the more mature the accounting system would be, because it is essential to enable growth and connectivity between economies.

According to Fu Junyuan, executive director of China Communications Construction Company, most Belt and Road countries are very different from China in terms of accounting standards, particularly countries in Africa, because they are not as market oriented. On the other hand, Chinese accounting systems are becoming more internationalised. This adds up to a discrepancy in how fast companies across the region adopt international systems.

‘When we enter different markets, the government and consumers are not only concerned with growth, product development and employment, they also want to see the social benefits that the companies can bring to the local communities and environment,’ she said.

‘The framework of the base erosion and profit shifting (BEPS) project requires multinational companies to have a strong understanding of its value chain, and then ensure that profits should be taxed on the place where economic activity occurs and value is created.’

Adhering to international tax standards is important, she added. Although in the short term this may add operation complexity, in the long term it is beneficial and lead to business efficiency and good corporate governance.

Over the past few years, China’s taxation authority has stepped up auditing. The reform has led to more pressure for companies, but it is a sign that China is increasingly cracking down on inappropriate activities.

An important example is the BEPS project, which involves the G20 countries. Launched by the Organisation for Economic Co-operation and Development (OECD), BEPS refers to tax-planning strategies that exploit discrepancies in tax laws to shift profits to low tax jurisdictions, thereby reducing tax burdens. The BEPS project is a global initiative that can ease crossborder taxation issues and fill gaps in international tax laws.

In 2014, Chinese President Xi Jinping pledged support for the inclusive framework and global tax reform. China’s commitment to the OECD’s BEPS project can be seen in the country’s implementation of the tax reform, which has changed the tax collection and administration system of tax bureaus on both local and state levels.

The State Administration of Taxation has played a major role in implementing BEPS-related regulation as well as revising tax laws and treaties, including those related to transfer pricing, anti-avoidance rules, and financial and tax exchange of information, according to the BEPS guidelines. China’s regulatory environment and the behaviour of tax authorities are thus changing accordingly.

Yet, there are still some gaps to be addressed. Zhu Qing, professor at Remin University of China, highlighted the need for a new tax structure for overseas investment.

‘For example, China does not have a tax treaty with Rwanda so if you invest there you’ll have a high tax burden,’ said Zhu.

Indeed, tax is a complex area in discussions around the Belt and Road Initiative. The larger the company and the more jurisdictions it operates in, the more complex its taxation process. Case in point is Unilever, which has established global taxation teams due to its scale.

‘To establish a strong tax governance across our global operations, we have dedicated taxation teams at both global and country level. They not only conduct tax filings but also manage compliance and risks. Our tax expertise teams provide inputs to mergers and acquisitions, global reporting and transfer pricing arrangements,’ said Wu.

‘Following accounting standards and tax regulations is a principle we must adhere to,’ she added. ‘We need to have full compliance but we also want to avoid double taxation.’

With increased internationalisation, China will continue to have a crucial role to play in the global economy, said Anna Saarela, an administrator at the policy department of the European Parliament.

‘China remains, impressively, a major driver of global economic growth,’ she said. ‘China’s Belt and Road Initiative is a kind of regional integration project, which will take time. In order for this initiative to succeed, it needs to be mutually beneficial for all parties, including third countries; it requires an equal engagement from everybody, and last but not least it requires everyone to jointly agree with the rules of the game.’

The power of interconnectivity

Saarela emphasised that regional integration is an unavoidable phase in the move towards economic globalisation. She also encouraged active engagement in global governance, as trade and investment are interlinked and inseparable from other regional and global challenges such as climate change, common security threats, multilateralism, peacekeeping and peace building. ‘Interconnectivity is very important – not only of roads but also in communication and people-to-people exchanges,’ she added.

The power of such interconnectivity and cooperation can be seen from the China-Pakistan Economic Corridor (CPEC), as described by Mustafa Hyder Sayed, executive director of the Pakistan-China Institute.

The CPEC is worth US$46bn, comprising US$35bn in energy investments and US$11bn in infrastructure loans. It aims to connect 64 countries, enabling access to Europe, Africa and the Middle East. Neighbouring countries will also benefit.

‘The China-Pakistan Economic Corridor, which is one of six corridors of the Belt and Road Initiative, is a flagship project thus far,’ said Sayed. ‘The cooperation between the Pakistan and Chinese governments is exemplary.’

Initiated three years ago, the CPEC already has tangible results in infrastructure, railways, ports and energy projects. This is reflected in Pakistan’s economic growth; the World Bank predicts that GDP will grow 5.2% this year, a significant jump from the 3.2% growth in 2013, spurring even more foreign investment to pour into Pakistan.

Because of the enormity of this project, Sayed believes that all stakeholders, including accountants and professionals, should make the effort to understand the CPEC and other Belt and Road projects. ‘The state-owned enterprises, private companies and other professional organisations like ACCA and Deloitte have worked in harmony in order to maximise the benefits and dividends of the Belt and Road projects,’ he said.

‘I think that the coordination mechanism is very important so that the left side knows what the right side is doing, and the right side knows what the left side is doing. And I think that companies like China Communications Construction Company can also share the details of the projects that they have matured in Pakistan and other Belt and Road countries to show what the time frames are, how they are executed and which accounting companies and auditing firms are used.’

He added that business goes hand in hand with people-to-people contact. Culture and business are two sides of the same coin, and therefore in order to build a strong accounting infrastructure and other international systems, the culture, language, traditions and business norms of all countries involved must be taken into account.

Wang Xingshan, CEO of Inspur International, believes that in addition to cultural integration, novel technology such as cloud computing and big data will be a primary foundation of the accounting infrastructure. ‘Apart from governments, businesses also use the cloud. Leading construction companies involved with Belt and Road infrastructure are already using cloud technology,’ he said.