Governments look for a bigger cut of mining profits

Governments have been extracting significantly more revenue from the mining sector, yet the impact of a greater tax take on living standards and poverty has been minimal 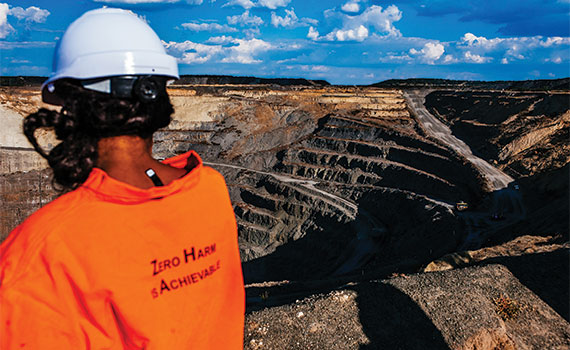 Notwithstanding the dangers of over-reliance on natural resources, governments across Africa – including Mali, Nigeria, South Africa, Zimbabwe, Kenya and Nigeria – are keen to expand mining activities; some are also developing strategies to boost revenue from existing mines. As African governments have become more stable and organised, they are seeking a greater share of the big profits traditionally generated for foreign owners of such operations, to help fund economic growth, infrastructure development and higher living standards.

A recent report from PwC, Two steps forward, one step back – the African tax landscape, confirms this potential. PwC believes African countries have unprecedented opportunities to generate much higher revenues from their rich mineral resources. It explains: ‘We are seeing African governments increasingly looking for larger returns from mining operations in their country through increased taxes, royalties and/or increased free-carry stakes in the mines themselves.’

According to a report from the World Bank, Mining in Africa: Are Local Communities Better Off?, there was ‘a surge in mine openings, beginning in 2000’, and from 2001 to 2014, ‘extractive industries comprised two-thirds of Africa’s exports’. Revenues of African governments have risen significantly as a result yet, according to the report, the impact on poverty and living standards of local populations has been minimal.

Tanzania has adopted a particularly determined approach. In March last year, its president John Magufuli blocked exports of gold extracted at Acacia Mining’s operations, accusing the company of underpaying taxes – a charge that Acacia denied. To settle the dispute, Canadian company Barrick Gold (Acacia’s majority owner) agreed to transfer ownership of three Tanzanian mines to a new company 16%-owned by the Tanzanian government, and Acacia is to pay Tanzania US$300m as a one-off gesture of goodwill. Barrick Gold has also committed to ‘total transparency’ in its operations and to maximise employment opportunities for Tanzanians.

Tanzania was also at loggerheads last year with Petra Diamonds, which has operations there and in South Africa. Production was halted and exports blocked after the government accused Petra of understating the value of exports – a charge the company denied, saying government officials had monitored and valued the shipments. Production and exports have resumed but the original dispute remains unresolved.

This hard-line approach by the government of Tanzania also involved a big hike in the tax levied on mining companies. The royalty was increased from 4% to 6% and tax allowances were made less generous. PwC said the move had damaged the share price of companies involved in mining in Tanzania: ‘At a time when the mining industry has turned positive and with increased political stability in Africa as a whole, the timing of the Tanzanian tax changes may impede the recovery of the mining industry in that country.’

By contrast, PwC praised Namibia’s approach. With lower tax rates on mining companies, the country may be able to generate more revenue, suggested the report. ‘Namibia has maintained its status as the most attractive destination of our sample countries for foreign mining investment capital,’ the report declared. It expects this to provide jobs for 1,100 people and yield government revenue of US$435m over the life of one mine, along with foreign direct investment of US$200m during the construction phase and US$1.1bn in operating expenditure.

But while it makes sense for governments to increase tax revenues from miners, it is essential they work with them to eliminate the corrupt payments that have blighted the sector. One example of improper behaviour involved New York-based hedge fund Och-Ziff. Just over a year ago Och-Ziff agreed to pay a criminal penalty of US$213m to settle charges brought by the US Department of Justice, which alleged that the company and its subsidiary OZ Africa Management had been engaged in the widespread bribery of officials in the Democratic Republic of Congo (DRC) and Libya.

The DRC features repeatedly in investigations into corruption. The country is Africa’s largest copper producer and the world’s largest supplier of cobalt, used extensively in lithium batteries, yet the DRC is one of the poorest countries in the world. Claims by Amnesty International that child labour is used in cobalt mining in the DRC are currently under investigation by the London Metal Exchange.

The 2013 report of the Africa Progress Panel provided detailed analysis of the impact on Africa of poor value mineral concession contracts: ‘Many countries – the DRC is a stark example – are losing revenues as a result of weak management of concessions, aggressive tax planning, tax evasion and corrupt practices.’ It concluded that from 2010 to 2012, the DRC lost at least US$1.36bn in revenues (equivalent to twice its annual budget for health and education) through the undervaluing of mining assets sold to offshore companies.

Various charities and lobby groups argue that Africa’s mineral wealth continues to be exploited on unfair terms. Just over a year ago Global Financial Integrity (GFI) and the Centre for Applied Research at the Norwegian School of Economics published a comprehensive study that concluded that not only are some mineral extraction companies not paying full market prices for mining rights, they are also avoiding tax liabilities on the profits through the use of offshore financial centres. The report, Financial Flows and Tax Havens: Combining to Limit the Lives of Billions of People, concluded that ‘since 1980 developing countries lost US$16.3 trillion through broad leakages in the balance of payments, trade misinvoicing, and recorded financial transfers’.

GFI calculates that these lost revenues vastly outweigh the aid provided by developed nations to Africa. In the words of GFI president Raymond Baker, ‘there is perhaps no greater driver of inequality within developing countries than the combination of illicit financial flows and offshore tax havens’.