How to pitch to a client who gives you no cues

What should you do when you are pitch perfect but getting only radio silence from the one person you need to impress? Ally Yates has some useful tips 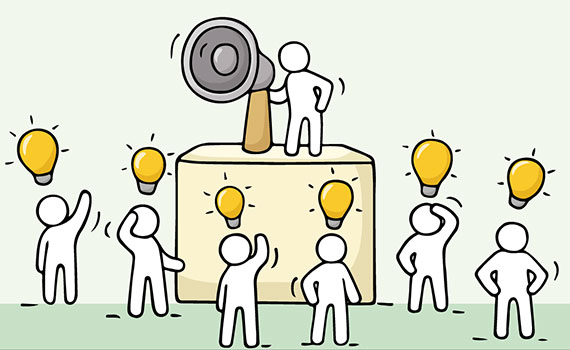 Early on in my consulting career I was pitching for a significant piece of business. Having successfully progressed to the final round, in a competition with just two contenders, I was invited to present to the client company’s CEO – let’s call him Denis. The bidding process had prevented any access to Denis right up until the moment I walked into the boardroom. Like any consultant worth her salt, I’d done my preparation. I knew his background, his priorities, how he liked to receive information, his bêtes noires. Walking into that room I felt as confident as I could be without tipping into complacency.

My pitch started well. As I began to hit the points I had rehearsed I relaxed into my story and turned my attention to Denis to gauge his responses. I tried to tune into his wavelength, but I found I was having difficulty picking up any signals. He was observing radio silence.

Slightly unnerved, I experienced a creeping unease. His silence caused me to doubt myself. In my attempt to get a connection I turned to desperate measures. I repeated myself, just in case he hadn’t heard me the first time. I skipped parts of my well-rehearsed plan for fear they wouldn’t resonate with him. At one point, I lost my way and had to ask for a moment to gather myself. Finally, I experienced every pitcher’s nightmare: I dried up. Paralysed by my anxiety, my well-crafted and expertly rehearsed presentation fell short of expectations.

Once I’d recovered from the immediate horror of my performance, I took soundings from a few colleagues. What had I done wrong? What could I learn from this? How could I prevent another ‘death-by-Denis’ experience? It was then that I learned about the phenomenon known as the ‘low reactor’.

Research by psychologists Neil Rackham and Terry Morgan uncovered this particular tormentor back in the late 1970s. In attempting to understand what differentiates effective performers from their less skilful counterparts, Rackham and Morgan carried out research on people in a range of business settings: teamwork, meetings, sales, negotiations. And their findings were a revelation. They identified a series of behaviours that more or less contributed to the success of these varied interactions. Two behaviours of relevance here are supporting and disagreeing.

Supporting is defined as a clear statement of support or agreement for a person or their contribution. If Denis had used this behaviour it might have sounded like: ‘That’s a good idea’ or ‘You have done an excellent job of showing your understanding of our business’. Disagreeing, on the other hand, is a clear statement that you have a different perspective or are raising objections. Typical disagreement statements would be: ‘That won’t work here’ or ‘No, I can’t accept that’. Skilled performers are able to make use of both these behaviours.

With Denis, however, there was no feedback. In the words of the Rolling Stones I couldn’t get ‘no satisfaction’ or reaction – either positive or negative. And that is the definition of a low reactor – someone who fails to give you a steer on how your messages are landing. No support. No disagreement. Nothing. Silence.

When you are faced with a low reactor, you can fall into those very traps I mentioned: talking too much, repeating yourself, interpreting the low reaction as ‘not interested’, editing out information as you go, losing your place, grinding to a halt.

With the benefit of both hindsight and years of consulting practice, I have learned that the best way to handle low reactors is to ask them for their reactions – say something along the lines of: ‘What do you think about that?’, ‘What are your thoughts so far?’, ‘What do you like/dislike about it?’

Deceptively simple, huh? It doesn’t feel that way when you’re face to face with your taciturn tormentor. The moral of the story: beware the low reactor – and make sure you prepare for how you’ll handle such a character so that you keep on track.

Ally Yates is the author of Utter Confidence: How what you say and do influences your effectiveness in business