With climate change issues dominating the headlines, governments are starting to use taxation as a way to encourage changes in behaviour and cut energy consumption 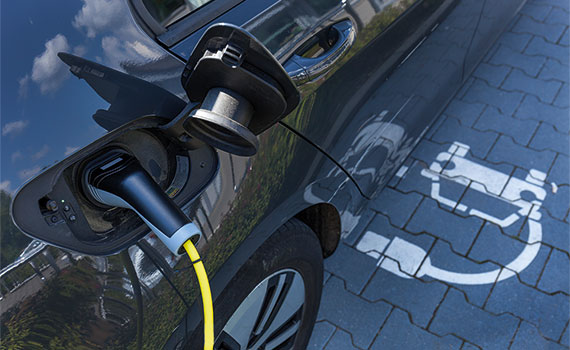 Ireland has a problem – though, to be fair, it is one shared by the rest of the world. We emit too much carbon and too many particulates. With the Budget due on 8 October, the government is considering increasing taxes on carbon to nudge the population towards more sustainable energy consumption.

Wide-ranging recommendations on climate change policy were made by a government-commissioned Citizens’ Assembly that reported last year. They included greater support for public transport and electric vehicles, and the introduction of a tax on agricultural emissions, with rewards for farming practices that sequester carbon.

Proposals in a pre-Budget strategy paper from the Department of Finance emphasise the scale of the challenge. If Ireland fails to meet its emissions target, set by the European Commission, of a 30% reduction on 2005 levels, it will incur significant financial penalties. Yet Ireland’s Sustainable Energy Authority reports that the 2017 greenhouse gas emission figure of 61 million tonnes was 3 million above target.

According to the Department of Finance strategy paper, agriculture was responsible for a third of carbon emissions in 2017 (see table). It is why the Climate Change Advisory Council reported earlier this year that ‘urgent actions are necessary’ on farming.

The other largest sources of emissions are transport (20%) and the energy sector (19%). Despite the big rise in wind power, more than 90% of Irish power is derived from fossil fuels. And the Irish government has angered climate protesters by blocking a bill that would have prevented future oil and gas exploration off the coast.

The Climate Change Advisory Council argues that robust carbon pricing is essential if Ireland is to make the necessary progress in reducing carbon emissions. At present, Ireland applies a €20 per tonne carbon tax on fossil fuels, including petrol and diesel used for road transport as well as oil and gas for home heating. The advisory council wants this to rise to €80 a tonne by 2030, with it set at €35 a tonne in the coming Budget as an interim measure.

The Budget may not go so far, but Department of Finance officials are proposing significant tax reforms, focusing particularly on transport. Carbon emissions from road transport rose 11% between 2012 and 2017, rather than fell, as had been hoped. Officials also want to reverse incentives favouring diesels, which have lower fuel consumption and carbon release but are now seen as causing serious problems from nitrogen oxide emissions.

The UK is already penalising diesel vehicles. London has imposed a punitive charge for bringing dirty diesel-engined cars into the centre of the city. A new market has since developed in Ireland for older diesel cars imported from the UK, spurred on by the devaluation of sterling. According to the Department of Finance, the number of second-hand diesel car purchases in Ireland has doubled in the past seven years, with air quality suffering as a result.

Officials have responded to a complex problem with a layered and complex solution involving significant reforms to vehicle tax. It includes raising the number of vehicle registration tax (VRT) bands from 11 to 14, providing a more graduated relationship with carbon emissions. A stronger EU-wide emissions-testing regime is meanwhile likely to recategorise thousands of vehicles into higher emissions bands.

There would also be a significant rise in VRT on imported second-hand cars, and the current 1% surcharge on new diesels would be replaced by a more sophisticated surcharge graduated according to nitrogen oxide emissions.
Hybrid vehicles also face a higher tax rating amid suspicions that claims of low carbon emissions are exaggerated. As a result, VRT relief on hybrid vehicles may end, although they would still benefit from being at the lower end of the VRT spectrum. A reduction of the existing €5,000 tax relief on fully electric vehicles is proposed for cars costing over €40,000, but electric cars would be in the lowest VRT band (7%).

The ‘benefit in kind’ regime, to promote more environmentally friendly incentives, may also be changed. To reduce perverse incentives – such as greater mileage reducing the tax impact – it is proposed to cut the number of mileage bands from five to four, with discounts or surcharges applied according to emissions.

There is widespread recognition that the current tax regime must evolve, not least with this summer’s weather possibly indicating changes to the Irish climate. EY is urging the government to address both the cost of buying electric cars and the inadequate infrastructure for charging vehicles. The firm is sceptical about the effectiveness of using tax to change behaviour.

Deirdre Hogan, indirect tax partner at EY Ireland, says: ‘The use of tax to promote changed behaviours has proven to be inconsistent in achieving its aims and accordingly it should not be a tool used on a standalone basis. It needs to be coordinated with education on what changes are being promoted and why, and support in various forums as dictated by the behaviours in question.’

EY believes that tax revenues raised to improve environmental performance – including taxing carbon emissions – should be ringfenced for reinvestment in renewable energy and transitioning Ireland to a decarbonised economy. Strengthening the connection between the pain of the taxes with the benefits from how the proceeds of taxation are spent could help to change behaviour, believes the firm.