How to set up a post-Brexit EU bridgehead

In this second article in our series on how UK businesses should consider preparing for Brexit, we look at how to set up a corporate bridgehead in the EU 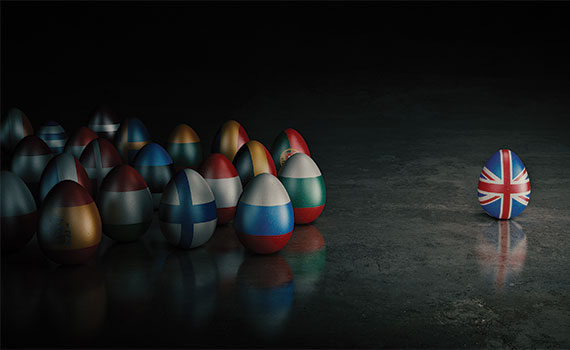 Because setting up a foreign subsidiary can be a costly and complicated process, most companies consider such a profit-trimming exercise only when absolutely necessary. But as Britain’s exit from the EU looms, many more will find themselves forced to do just that. The EU is the sole export destination for around 130,000 UK companies. For companies in certain sectors, especially financial services and pharmaceuticals, a physical presence within the EU may turn out to be essential.

So why will businesses need to establish an EU bridgehead and what factors do they need to consider when setting up an office in the EU?

One of the key drivers for businesses to set up in an EU member state will be regulation. The most obvious case of this is the financial services sector. At present, UK financial services companies enjoy ‘passport’ rights to sell their products across the EU. It is very possible that this privilege will be lost with Brexit, according to Sarah Ouarbya, partner in the regulatory team of Mazars. ‘Given that their right to operate is at stake and it can take up as long as 12 months to get a licence to operate, financial services businesses can’t afford to wait until the last minute to set up an EU presence,’ she says.

The PPRO Group, a fintech business focused on payments, started looking into establishing an EU subsidiary ahead of the referendum in case the UK voted for an exit. At the time, PPRO was still relatively modest in scale, with only 80 employees (the figure has since risen to around 200). ‘This was a business-critical decision to ensure market access,’ says chief executive Simon Black. ‘Since it takes a long time to set up operations, we did not have the luxury of waiting until the end of negotiations. If there is a big rush after Brexit talks end, with hundreds of firms seeking regulatory approval and new staff in a few locations, getting up and running could take even longer.’

Financial businesses are not alone. ‘Other sectors that are heavily reliant on EU regulation also need to start considering an EU bridgehead,’ says Bill Dodwell, head of tax policy at Deloitte in the UK. The obvious sectors include pharmaceutical, where companies require EU sign-off for drugs they design or manufacture. While the largest pharma businesses will already have operations on the continent, many smaller biotech companies will not. Even small media and airline businesses may need an EU subsidiary to ensure continued market access.

Companies producing complicated manufacturing goods may also need to consider establishing or deepening EU operations,’ says Sonali Parekh, head of policy at the Federation of Small Businesses (FSB). ‘For those with complex supply chains, with inputs criss-crossing the border, it may turn out to be more efficient for some of them to create an EU bridgehead.’

For UK companies that do decide to create an EU subsidiary, the next question is in which one of the remaining 27 EU nations they should set up. For most companies, business considerations will be more important than pure tax efficiency. ‘Companies need to look for an ecosystem that will support their needs,’ says Parekh. ‘Locating in a city with a cluster of similar businesses can be prudent, as this usually ensures a pool of available talent and a hospitable regulatory environment.’

This was an important concern for PPRO, which set up its office in Luxembourg. ‘The country’s regulators are experienced in dealing with e-money and fintech firms,’ explains Black. ‘It is also a good place to recruit in our industry and an attractive place to send staff from London.’

While tax may not be the prime concern, it should still play some role in the choice. We will explore taxation issues in more depth in a later AB article in this series, but we can note here that the absolute cost of the tax bill will vary widely – with a 12.5% corporate tax rate in Ireland versus 33% in France. Individual levels of income tax and social security payments will also be an important consideration for relocating executives. ‘We also encourage companies to look into the ease of dealing with tax administrations, and managing VAT, for instance, as this also varies considerably,’ says Dodwell (PwC’s Paying Taxes report has useful data).

Another key issue for companies establishing their very first subsidiary is how to obtain accounting and legal advice. The FSB is working on an outreach effort to help UK businesses set up EU operations, but even small companies will need ongoing support in navigating the accounting and legal systems of their new host countries.

‘Some SMEs will be getting accounting and legal advice from firms without a presence where their subsidiary is located,’ says Dodwell, who recommends seeking out a local adviser, if applicable with the assistance of their UK advisers, some of whom will have collaborative relationships in the EU.

Companies moving overseas for the first time also need to think about how to retain corporate coherence. On the most practical level, this might mean ensuring your accounting software can incorporate figures from an EU subsidiary. ‘Companies that have hitherto been operating only in the UK will need a system that is capable of incorporating activity from overseas, and coping with a different currency, language and legislation,’ says Dodwell.

Broader coherence is also important. Relocating a UK senior executive to the chosen EU destination can be a big help, as can frequent face-to-face meetings with staff on both sides, says Dodwell. ‘At the start, this is the most effective way of building a unified approach. Of course, virtual meetings can kick in once the foundations of corporate consistency are built.’

For most smaller businesses with activity in the EU, setting up a foreign outpost will be costly and complicated. ‘This was something that was forced upon us by Brexit,’ says Black. ‘It is an extra burden, as we now have essentially two headquarters, and certain jobs had to be duplicated. Some SMEs that can’t afford two operations may have to choose between the UK and the EU.’ For many companies that rely heavily on EU revenues, relocation may be crucial to maintaining market access.

While the UK government may strike favourable deals to retain access, companies would be unwise to pin their fortunes on this outcome. And given the complexity of setting up foreign operations, waiting until the last moment could also be a risky option.

"It is an extra burden, as we now have essentially two headquarters, and certain jobs had to be duplicated"