Initiatives such as One Belt, One Road and the China-Pakistan Economic Corridor are helping Shanghai Electric to realise its global ambitions, says CFO Dong Jianhua 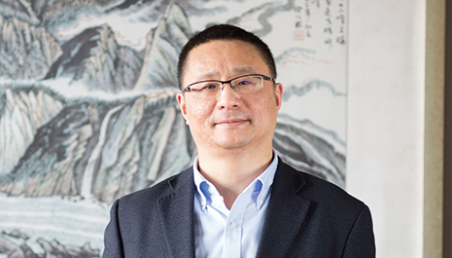 This article was first published in the June 2016 China edition of Accounting and Business magazine.

Spectacular acquisitions of big-name international firms by Chinese companies have heralded a sea change in the way in which business is being conducted in Asia. China’s ambitious One Belt, One Road (OBOR) vision, which creates new trading routes, links and business opportunities with China and over 60 countries, seeks to strengthen economic growth and connectivity in the region while delivering potential benefits to the global economy. The pioneering ‘going-out’ Chinese companies of today have already started an irrevocable trend that will ask more from Asia’s finance talent.

According to Dealogic, by the third quarter of 2015, mergers and acquisitions (M&A) volumes in the Asia-Pacific region had grown by 60% and were nearly in line with those in Europe. Businesses from China in a wide range of industries view themselves overwhelmingly as net buyers.

Riding on the outbound M&A trends and actively responding to the OBOR initiative is Shanghai Electric Group (SE), a state-owned enterprise and one of the largest equipment manufacturing conglomerates in China.

As more Chinese companies integrate into the global market, the need for highly skilled talent is on the rise. ‘A good command of financial knowledge does not satisfy CFOs anymore,’ Dong says, adding that those who are equipped with international vision, knowledge of finance, legal, M&A and risk management will be the most sought after in the future labour market.

With 30 overseas operations including the US, Europe and South-East Asia, SE has committed over US$300m in overseas investment and employs around 3,000 people outside China. Its production lines include major electric power stations, lifts, compressors and machine tools. In return, these endeavours have reaped a handsome harvest: around CNY20bn, or 21.6% of the total sales revenue, was generated by overseas operations in 2014.

Undaunted by volatility, Asian corporates remain optimistic and eager to grow through acquisitions, and SE epitomises the trend. ‘Rather than a mere attempt to flex their muscles on the international stage, M&As are more targeted toward technology upgrade and catering to the growing needs and affluence of the nation’s consumers,‘ Dong says.

Fortunately for SE, which has resolved to master gas turbine technology by 2030, Italian power engineering company Ansaldo Energia came knocking with a cooperation proposal it could not refuse. SE’s leadership knew that working with the Italians would help shorten the research and development process by a decade and decided to buy 40% of equity interests in Ansaldo Energia for €400m in 2014.

Besides gaining immediate access to the technology, the shrewd acquisition also helped SE gain access to the full industrial chain in the gas turbine sector. The companies will combine to produce gas turbines in China to be sold in Asian markets; a research plant will also be set up to develop new gas turbine projects. The partnership is expected to create 500 new jobs.

‘To obtain the technology, we had two paths: one is through independent research and development, which requires a lot of time and has uncertainties, and the other is to acquire an international corporation,’ Dong says.

As another piece of the ‘going-out’ jigsaw, SE’s strategy echoes the OBOR initiative that serves as a channel to the global market and a solution to the problem of overcapacity in China. As the bellwether in equipment manufacturing, SE has been playing an active part.

OBOR refers to the new Silk Road Economic Belt, which will link China with Europe through Central and Western Asia, and the 21st-century Maritime Silk Road, which will connect China with South-East Asia, Africa and Europe.

When the 2008 financial crisis took hold, China’s response was to inject the equivalent of US$0.5 trillion to stimulate public infrastructure, rail, urban housing and construction – boosting precisely those sectors where inefficiencies were high but demand was slumping. As a short-term solution, the stimulus worked: China escaped the turbulent years relatively unscathed. However, in many cases this credit-fuelled production did not match demand.

Under the current OBOR initiative, a big boost on overseas orders is to be expected during 2016 and onwards. Due to SE’s leadership position in China’s power equipment industry, particularly in the fields of thermal, nuclear and wind, the company will also capitalise on the opportunity to develop its overseas power projects.

As a result of Chinese president Xi Jinping’s visit to Cairo in January, Egypt’s ministry of electricity and renewable energy has signed initial agreements with three Chinese companies, including SE, to establish two power plants fuelled by coal with a capacity of 1,980MW each. Another agreement will establish a water pumping and storage plant that will produce 2,000MW.

The China-Pakistan Economic Corridor (CPEC) will also provide SE and other Chinese companies with opportunities, says Dong. These include a number of thermal power, wind power and photovoltaic projects and the laying of rail and road networks, which are planned for completion in 2017 and 2018.

In particular, projects concerning the integration of coal and electricity are crucial for CPEC and thus attract close attention from China’s leadership. ‘Chinese enterprises have to walk a fine line between investment opportunities overseas and geopolitical challenges going forward,’ says Dong, ‘but chances always outweigh risks.’

As more Chinese enterprises blaze a trail overseas, CFOs are facing increasing pressure in risk assessment on multiple fronts to facilitate the decision-making process, including asset assessment and risks around exchange rates, taxation and operations. The exchange rate in particular has posed a daunting task for CFOs, especially since the second half of 2014; the global forex market has gone on a rollercoaster ride, with emerging market currencies plunging, the US dollar gaining strength and the reversal in the upward trajectory of the renminbi.

‘We will hedge all the exchange rate risks but not aim to make profits from them,’ Dong says. ‘In other words, we will never buy more dollar than what we really need just to profit from its further strength. An almost 40% plunge in the Japanese yen, for example, will easily erase a company’s profit if not properly hedged.’

Dong adds that the company always tries to issue debts denominated in local currencies during M&A as a way to hedge forex risks. In addition, CFOs play the core role in financing for international M&A and other projects.

SE made its debut in the international bond market in 2014 to meet its financing needs for M&A, and was rated A2/A/A by the three major agencies: Moody’s, Fitch and Standard & Poor’s. SE made a stunning eurozone debt market debut in May 2015, selling a €600m five-year bond as it met with strong demand from yield-starved investors. In addition, says Dong, the CFO must also play the role of ‘super regulator’, closely monitoring overseas operations, alongside the management of budget, cashflows, property rights and risks.

Above all, the ultimate success of the ‘going-out’ initiative hinges on a sophisticated financial team, which understands international law and culture, as well as excelling in a second language as well. CFOs always act as the cornerstone to provide necessary support.

As the finance function’s depth and scope of responsibility grow, so does the need for highly skilled talent. ‘Among the biggest concerns about future finance talent, the growth in the financial shared service centre [FSSC] may shrink finance teams and render more lower skilled workers obsolete,’ says Dong.

FSSCs are deployed worldwide to provide services more efficiently and reduce costs of decentralisation. They greatly increase the quality and professionalism of support processes for the business. The popularity of FSSCs means that finance teams will shrink significantly. Today, even the very largest global companies may have in-country finance teams of just five people or fewer. It also narrows the talent pipeline for senior roles in the future.

Surprisingly, talent availability has become one of the top concerns in finance sector according to various CFO surveys. In a survey by Deloitte, one in three CFOs questioned said that they were having trouble filling open positions.

As the industrial upgrade continues to gain speed, a good command of financial knowledge does not satisfy CFOs anymore. ‘Three types of talent will be most sought after: those with management skills; those who are knowledgeable in various areas including finance, laws, M&A and risk management; and those and with international vision, ‘ Dong says.

He also suggests that young talent should plan their careers in advance to prepare themselves for imminent challenges, and continue to hone their skills not only in finance but also areas including law, taxation and language ability.

Dong Jianhua has been CFO and chairman of the supervisory board at Shanghai Electric (SE) since April 2008. He is also on the board of directors at Shanghai Prime Machinery Company (a subsidiary of SE) and Shanghai Lingang Holdings. Dong has extensive experience in internal audit and financial supervision.

Established in 2004, Shanghai Electric (SE) is one of the largest equipment manufacturing conglomerates in China and is listed on both the Shanghai and Hong Kong stock exchanges. Revenue for 2013 was RMB78.8bn. Its focus is on building a low carbon economy in combination with its four major business segments: clean and efficient energy, new energy, industrial equipment and modern services.

Major overseas markets include India, Indonesia, Vietnam, the Middle East and Africa. SE’s thermal power business is gradually expanding into high-end markets in the US and Europe as it strengthens its cooperation with Siemens.