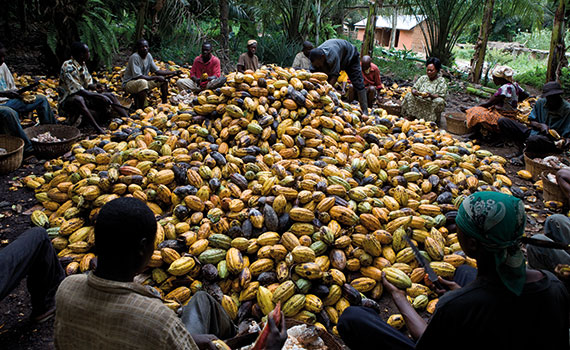 The combination of a considerable decline in growth and a weakened macroeconomic environment in sub-Saharan Africa is driving governments across the continent to seek alternative means of increasing their income. Nations that have hitherto focused exclusively on revenues from natural resources are now strengthening their tax laws to improve compliance. They recognise that taxation is at the heart of growth and development, and that it will provide them with the funds they need to build infrastructure and engineer growth.

Data shows that in sub-Saharan Africa, untapped tax revenues are monumental. The level of compliance is so low that even if it were bumped up by just a few percentage points, it would have a huge impact on the economies of these countries. Heritage Foundation reports that tax revenue as a percentage of Nigeria’s GDP is 3.1%; this is very low for a country considered to be a major hub of commercial activity in sub-Saharan Africa and the biggest economy on the continent. Compare this with the US (25.4%), the UK (32.9%) and Canada (30.6%), and it becomes evident that there is a huge pot of gold lying untouched.

The story is the same in many countries in sub-Saharan Africa, except for a few, such as South Africa (24.7%) and Botswana (31.3%). Despite this, an Organisation for Economic Co-operation and Development (OECD) report on tax and development states that half the countries in sub-Saharan Africa raise less than 17% of their GDP in tax revenues. This severely hinders their ability to fight poverty, build infrastructure and raise the standard of living.

‘Many countries in the region are trying to improve compliance, but part of the problem is that there lacks a continuous and concerted effort,’ says Chas Roy-Chowdhury, head of taxation at ACCA. ‘Governments all too often try to improve compliance for a period, but tend to take their eye off the ball, so the level of tax collection then deteriorates.’

The lack of tax compliance by individuals and organisations can be traced back to governments’ poor record in administering tax revenues, due to corrupt practices. Many don’t see the justification in adhering to tax laws when basic infrastructure such as roads and even water cannot be provided.

On the other hand, governments are disinclined to enforce tax compliance because most of their revenue comes from natural resources such as copper, crude oil and cocoa. With the exception of a few multinationals that the tax authorities chase down, many operate under the radar, denying governments millions of dollars in tax revenue.

However, with dwindling commodity prices, there is a new push to take taxation seriously, which is being driven by economic realities. Take the decline in the price of copper in the international markets and the devastating effect it had on the Zambian economy. The hit was so severe because copper accounts for 60% of Zambia’s exports. Ghana, a major exporter of cocoa, is also experiencing weak commodity prices, huge external debt and significant fiscal imbalances.

Declining oil prices have also left countries such as Angola and Nigeria gasping for breath. It is now clear that over-reliance on natural resources poses a risk to the development of sub-Saharan African countries. That is why taxation is now seen as a key tool in unlocking their potential and diversifying their revenue base.

To prevent tax avoidance, African governments adopt different strategies. One example is the implementation of high withholding tax regimes. Withholding tax is an amount withheld from the total payment due to an individual or entity and transferred directly to the government as tax paid in advance. This tax at source decreases collection costs and is seen as an effective way to prevent tax revenue erosion. At the same time, however, there are organisations that withhold money due and never remit the money to the government. This is a major challenge for authorities.

Furthermore, tax collection costs can be high, so if the government decides to increase the tax net it must also consider the associated costs. A cost-benefit analysis is imperative in making optimal decisions. And many sub-Saharan African countries have weak institutions; there is a belief that tax authorities are malleable and open to inducement, so voluntary compliance is rare.

Another issue is companies taking advantage of tax loopholes or using transfer pricing to shift profits between entities. Additionally, governments’ good intentions can also be abused. For example, the Nigerian government offers various tax incentives to increase investor confidence and encourage foreign direct investment. One is known as the pioneer status, a tax holiday granted to eligible companies. Even though there are guidelines on eligibility, the status was subject to widespread abuse, with many non-eligible companies enjoying the benefits and forcing the House of Representatives to step in to investigate.

Changing Africa’s attitude to taxation is vital. Studies by the International Monetary Fund show that the tax-to-GDP ratio is influenced by economic policies and the level of corruption. In some sub-Saharan African countries there is a direct link between the rise of inflation and corruption, and the decline of their tax-to-GDP ratio over time. These nations know that the fight against corruption is pivotal to a successful tax policy regime.

The process of educating African governments is gaining momentum. The OECD’s Centre for Tax Policy and Administration works with African countries to develop tax systems that reflect the highest standards of accountability and transparency. This includes strengthening tax audit capacity and influencing environments within which tax systems operate.

In addition, the African Tax Administration Forum (ATAF) is bringing together tax administrators across the continent to discuss challenges and best practices on tax policy. Launched in 2009 in Kampala, Uganda, ATAF engages in regional, continental and international dialogue. Its aim is to build the institutional capacity of the fiscal administrations in Africa.

Even though increasing tax revenues to achieve fiscal sustainability is a feasible alternative, achieving this is not a walk in the park. If governments get it right, increased tax revenues will not only enable them to build infrastructure, it will also pave the way for market reforms that would promote progressive economic and social policies.

There is a long laundry list of what governments in sub-Saharan Africa need to do. These include building capacity in the areas of audit, monitoring and compliance, and investing in information technology platforms that will use analytics to determine large collection opportunities. They must make tax payments seamless and convenient by developing electronic channels for payment, and they should also focus on educating taxpayers on the benefits of tax compliance and the positive effects on the economy.

In addition, African governments must adopt a holistic review of the current tax structure with a view to developing appropriate tax reforms. They should not only look at increasing the tax rates, they should also look at increasing the tax base in some instances. Also, the tax net should cover the huge informal economy that exists in many sub-Saharan African countries.

Kenya, an economic powerhouse in East Africa, has the highest number of informal-sector jobs in Africa (according to the United Nations Economic Commission for Africa). This is a major challenge as informal sectors by nature have a propensity for weak regulation and low taxation.

African governments must simplify tax laws and make the tax regime as transparent as possible. This will give investors more confidence. It can be argued that what scares investors away is the lack of transparency and the volatility in tax policy rather than the actual tax rate.

A meeting of minds is now occurring where governments are pushing for tax compliance and the people are initiating a culture of accountability where they are demanding to know how their tax dollars are being spent. Hopefully, tax issues will continue to be high on the agenda of African governments and the tax morale of the public will increase as they start to see their tax dollars being put to prudent use.

The tax function we want to see in the future is one that utilises technology as it becomes more pervasive in sub-Saharan Africa – one that will leverage technology in raising standards and improving processes. We also want to see governments coming up with innovative solutions to tax collection, and the populace showing an increased appetite towards voluntary compliance. Even though this picture looks light years away, it does appear that the ‘revolution’ has started.

According to a McKinsey report, fast-growing economies that don’t strengthen their tax administrations are missing a chance to create long-term fiscal stability. It is this fiscal stability that African governments seek, and they know that an improved taxation system is crucial if they want to get to the ‘Promised Land’ of maximising their revenue potential.