Why women are better at making investment decisions

A woman's place is in the hedge fund? Evidence suggests women tend to make more successful investors than men 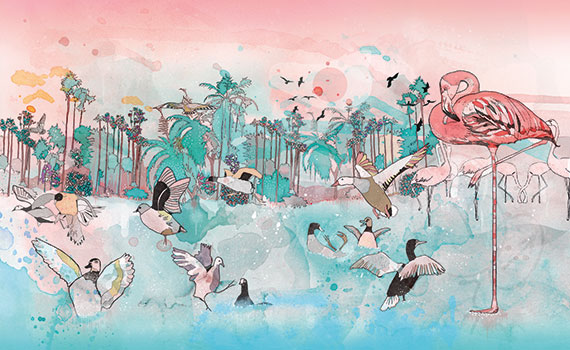 This article was first published in the March 2017 international edition of Acccounting and Business magazine.

It is somewhat surprising that Henrietta – better known as Hetty – Green is not a figure that modern feminists tend to look to for inspiration. The steely nerved American financier ranks among the most successful investors in history, turning bequests of under US$100m in today’s money into a fortune estimated at up to US$4.36bn by her death in 1916, making her America’s richest woman.

But her memory is being invoked more frequently in recent years by finance academics uncovering mounting evidence that women outperform men as investors. ‘Whether it is running a top hedge fund or a small family portfolio, investing has come to be seen as something that men are best placed to manage,’ says Meredith Jones, an alternative investment consultant and author of Women of The Street: Why Female Money Managers Generate Higher Returns. ‘However, it seems that on average women are better at preserving and increasing wealth.’

A study by a team from the University of California, Berkeley, based on 35,000 brokerage accounts during a six-year period in the early 1990s, found that women tended to generate returns of one percentage point more on average per year than their male counterparts. This is a significant outperformance given that the long-term average real rate of return on stocks is around 5%. And through the recent equity slump, between 2007 and 2009, female investors did even better, outpacing their Y chromosome-possessing rivals by three percentage points.

Some studies suggest that the benefits of the female touch extend to professional investing. In the six years ending mid-2013, hedge funds run by women significantly outperformed male-led rivals, according to the Rothstein Kass Institute, an alternative investment think-tank.

Such findings raise several questions. Are women really better investors and, if so, why? Also, if women do have an edge as investors, why are they still so under-represented in the financial profession – accounting for only about 2% of hedge fund managers and 10% of mutual fund managers?

‘It is important to put these findings in perspective,’ says Terrance Odean, professor of finance at UC Berkeley’s Haas School of Business, and co-author of the Berkeley study of brokerage accounts. ‘There is a great deal of cross-sectional variation among men and women,’ he explains.

Just as men are typically taller than women, there are plenty of women who are taller than men. The same logic applies to studies of the finance industry. With such a limited number of female hedge fund managers, some academics believe the sample size is too small to offer the basis for convincing conclusions. Even so, there is compelling proof showing female outperformance among non-professional investors.

Overall, studies suggest that women are less susceptible to the ‘behavioural’ blunders that destroy investment returns; over-trading, for example. While both men and women fiddle too much with their holdings, incurring unnecessary trading fees, women appear to do it less than men. This accounted for most of the outperformance of female investors in the Berkeley study.

‘We found that men traded far more than women,’ Odean says. ‘Since buying and selling costs money, that over-activity reduced the investment gains of men by a significant margin.’

This in turn raises the question of why men tend to make more restless investors. Odean believes over-confidence may be partly to blame. ‘To keep trading you need to be convinced that the gains from your choices will more than offset transaction expenses,’ he says. ‘Generally speaking this confidence is misplaced – it only makes sense to trade very actively when you have a competitive edge and know more than other investors in the market. Men, it seems, are more prone to exaggerating their knowledge and abilities than women, across a range of activities.’

The male desire to act in order to fix problems may also be at work here, Jones argues: ‘When many men experience stress, a typical reaction can be to take action to fix the problem – in this case by buying, selling or hedging their investments. Women appear to be better on average at making a cooler calculation about whether their investment is still attractive and has been unfairly punished by the market, or whether the outlook has really changed.’

This cognitive gender difference may be another reason why most men compare poorly with women as investors – they tend towards ‘panic selling’ when they are losing money. Data from Vanguard, the fund provider, based on the behaviour of 2.7 million investors during the 2008–09 stock market slump, suggests that women are 10% less likely to sell at the bottom of the market than men.

This conclusion is backed up by plenty of anecdotal evidence, according to Jones. ‘A financial adviser recently told me a story that is quite typical,’ she says. ‘A divorced couple split their assets equally and a few years later, when the man discovered his ex-wife had been doing better than he had, he sold his entire stock portfolio. Unfortunately, this was in March 2009, more or less at the bottom of the market.’ Since that point, US stocks have climbed by more than 200%, not including dividends.

Finally, it appears that men are more susceptible to over-exuberance than women – exaggerating the likely upside for markets. Research published in the American Economic Review suggests that male-dominated markets are more likely to produce price bubbles. In their article Thar SHE Blows? Gender, Competition, and Bubbles in Experimental Asset Markets, Catherine Eckel and Sascha Füllbrunn noted that, in a comparison of all-male and all-female markets, ‘there is a significant gender effect in that all-male markets show significant price bubbles while all-female markets produce prices that are below fundamental value’. This investigation also indicated that increasing the number of female participants in the trading activity reduces the magnitude of a price bubble. Women, it seems, are not only more realistic in their approach to investing, but also more vigilant when it comes to risks.

Still, it is important to put such findings in perspective. ‘This does not mean that men should not invest,’ Jones says. ‘The most successful investors have sufficient emotional intelligence to be aware of these natural biases in their behaviour and to make adjustments for them. Warren Buffett, the world’s most celebrated stock-picker, could be said to invest like a woman – trading very sparingly, keeping his nerve through market crashes and keeping large cash reserves.’ Other celebrated male investors, such as Paul Tudor Jones and George Soros, have also shown an ability to stay calm in a crisis and avoid reckless bets.

Despite this, however, academic research does suggest that families and investment firms are missing a trick. Do-it-yourself brokerage firms report that less than a third of their clients are female. Women are also far less likely than men to try their hand at stock investing. Just 10% of women have stocks and shares ISAs, compared with 17% of men. That suggests men are still taking the lead in investing the household wealth. ‘We have recently been in a period of lower overall investment returns, and so it makes sense for this gender balance to shift,’ Jones says. There could be broader financial and economic benefits too. ‘Given evidence that female investors are less likely to produce asset price bubbles, we could end up with a less crisis-prone and rocky financial system,’ Jones concludes.

Meanwhile, the dominance of men in finance may be depriving promising female-run firms of capital. A study from the US business school Babson College showed that less than 3% of the venture capital allocated between 2011 and 2013 went to firms with female chiefs, rising only to 14% in 2015. This is despite evidence that companies with at least one female founder achieve superior results.

First Round Capital, a venture capital provider specialising in the technology sector, found that, across 300 of their portfolio investments, firms with this powerful female influence did 63% better (as measured by valuation) than male-only teams.

So what can be done? Experts believe investment institutions need to work harder to ensure gender diversity. ‘It appears that women have not been attracted in large numbers to the finance profession,’ says Odean, ‘which can require a large investment of time early on in a career, with little flexibility. When the university runs recruitment events for Wall Street, the female turnout has often been disappointing.’ While Odean believes that financial companies are actively seeking to attract more women, he says they may need to reshape the working environment to make it more appealing to women.

It makes sense for wealth managers to do this. ‘Women are often discontent with the way their money is being managed by a male-dominated industry,’ Jones says. ‘Around 70% of widows fire their financial advisers within a year of their husband’s death.’

Demographic trends mean that women are controlling a greater share of financial wealth, since they live longer than male partners. At present, women control about 53% of investible assets; by 2030 this will rise to two-thirds, according to a study by the Family Wealth Advisors Council. ‘Making the industry more women-friendly has to be a clear priority,’ Jones says.

The industry may also need an image makeover. The popular idea of a typical professional investor is still derived from macho film characters, such as Wall Street’s Gordon Gekko. And most of the current generation of high-profile investors are men. What the investment world seems to need is a modern-day Hetty Green to banish such stereotypes.

Women have the Midas touch

On average, men trade 45% more than women, which – because of trading costs – reduces their net investment returns by around 1%, according to a 2001 study, Boys Will Be Boys: Gender, Overconfidence, and Common Stock Investing, by Brad M Barber and Terrance Odean.

A meta-analysis of 35 markets from different experimental studies shows a substantial negative correlation between the proportion of women in the market and the magnitude of observed price bubbles, according to Thar SHE Blows?

Within hedge funds, there is a roughly 80:1 male to female ratio, according to research by Meredith Jones.