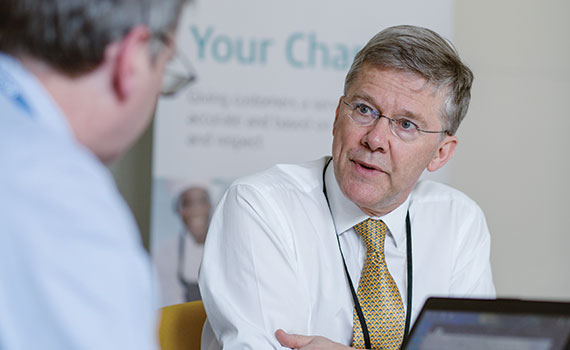 In his interview for Accounting and Business, which took place before the snap general election was called, Edward Troup, chairman of HM Revenue and Customs, made it clear that tax policy remains a matter for politicians and HM Treasury. However, he added: ‘HMRC has a major role in supporting ministers and making sure that the advice that goes to government is fit for purpose and takes account of operational developments.’

The world is complex and global, and tax policy mirrors that complexity, with much higher levels of cross-border cooperation between tax authorities than in the past. For the good administration of tax, Troup says that HMRC should work with the Office of Tax Simplification – which gives independent advice to the government – to make the tax system simpler where possible, but also to ensure openness in its operation. ‘Effective collection of tax depends on confidence in the system and the way it works,’ says Troup. ‘Ninety per cent-plus of tax is paid without us having to chase it. The willingness of those taxpayers to pay without intervention should be seen as a sign of that confidence.’

Troup sees HMRC as delivering a good-quality service in an open, even-handed manner. ‘Obviously we are not talking about disclosing confidential taxpayer information but about making sure our processes and governance and the way disputes are settled is transparent. It is about perception – it is important the public believe we operate in an even-handed way.’

Troup’s emphasis on the need for transparency is informed by his background. He joined HMRC in 2012 from the Treasury as tax assurance commissioner, a post he held until 2016, when he became executive chairman and permanent secretary (see CV, right). ‘I had the specific responsibility of ensuring that both the governance of our disputes with large businesses and the processes were even-handed and in accordance with the law,’ he says. ‘We publish a report every year confirming what we have done over large settlements, and that is to counter any perception that we aren’t even-handed.’

Loud and clear, Troup says that HMRC does not cut deals with businesses, although this remains an area where the taxman is challenged. ‘We absolutely do not do sweetheart deals, and if anyone thinks we have, I am very happy to have chapter and verse put to me and I will show why that is not true. But I do recognise there is a perception.’

He is clear that HMRC collects the right amount of tax from large businesses, but recognises that the public is not always happy. ‘I won’t name names, but the public may think a business is not paying enough tax. We are satisfied they are paying the right amount of tax required by the law. Whether tax law is delivering enough in terms of tax paid is a societal judgment and political policy decision.’

As tax administrators, Troup’s staff bump up against ACCA members representing taxpayers every day. He acknowledges their professionalism, and their role in looking after their clients’ affairs. ‘We have a great deal of confidence in the profession. As a large profession, not every member will adhere to your standards, but we recognise that tax agents have an important part to play in supporting the good administration of tax.’

And over the next few years that means making tax digital. Wherever HMRC goes in changing the tax system, ACCA members must follow, and Troup sees those tax experts as having a valuable role to play in helping clients with complex affairs, or simply providing reassurance. That is one reason why accountants matter to HMRC. There is another: ‘With their hundreds or thousands of clients, accountants provide us with an opportunity to onward-transmit messages and information to taxpayers, more than we could reach directly.’

When it comes to Making Tax Digital – moving the UK’s tax system online – Troup says he is focused on making sure that the professional community understands the transformation and is able to challenge it. ‘Through the agent services and future digital services, accountants are able to participate as much as they want to in HMRC’s digital journey,’ he says.

Troup has travelled the country meeting businesses and discussing Making Tax Digital. He describes it as ‘inevitable’ and says the people he has talked with see why it is the right thing to do. He notes ‘comments’ on the speed and the detail, and says that HMRC continues to engage on those topics. ‘To be effective and efficient you need to take advantage of digital. Most individuals and businesses will transact online, and we have to adapt to that.’

Even with the short delay afforded by changes to the Finance Bill, there has been much criticism about the speed of the implementation of Making Tax Digital, but Troup defends this: ‘There has been no tax change in my career where someone hasn’t said: “It would be better if we had more time.” Can we do it in this time and are we confident we are on track? Yes and yes.’ Following HMRC’s beta testing of Making Tax Digital, Troup says that there should be 5,000 businesses on the system by this summer.

He adds: ‘Taxpaying is a collaborative venture. We are here to make sure the right amount of tax is paid. That is not passive; businesses in particular have an active role in getting their tax right.’ He is confident that businesses – including smaller ones – will have little additional work to do to ensure that they comply with their tax obligations. ‘Smaller businesses will be prompted by their software every quarter to upload information – not payment – which is already on their system, providing them with the likely tax bill at the year-end.’

This year-end, says HMRC, should be a simple check before filing the final data, a far cry from the traditional return. On the question of whether business should use a tax adviser, HMRC is agnostic, says Troup.

Turning to the OECD’s base erosion and profit shifting (BEPS) project, Troup is enthusiastic about the new level of cooperation between tax authorities, reflecting the international nature of large enterprises. ‘Businesses are extraordinarily integrated across borders, and tax rules have struggled to keep up with that. BEPS has taken that issue head on, and tax authorities can agree and adopt rules.’

Troup chairs the OECD’s Forum on Tax Administration – a committee of 46 tax bosses across the OECD and G20 – with an agenda to share best practice and to cooperate on specific issues, such as follow-ups to the revelations in the Panama Papers, the huge leak of files from the law firm and provider of offshore services Mossack Fonseca. There is also international cooperation between countries on, as Troup notes, ‘particular taxpayer risk that isn’t always visible to the public eye’. Such activity surfaces occasionally – for instance, in March this year, when Credit Suisse confirmed that its offices in London, Paris and Amsterdam had been searched in relation to ‘client tax matters’, and that it was cooperating with inquiries. Episodes like this are the tip of the iceberg in terms of unilateral and multilateral challenges to individual taxpayers or groups of taxpayers.

Just as he supports BEPS and defends going digital, Troup is clear-eyed on HMRC’s record on outsourcing, which has been criticised by MPs. He says HMRC’s skill lies in judging how much tax is due, raising assessment and running systems around this.

That leaves a lot of activity HMRC does not need to do itself. ‘We lease buildings and computers. We buy in a significant number of services. We are here to achieve best value for money for the taxpayers, so it is our responsibility to look for new and better ways of achieving our goals.’

One service to have been outsourced is debt collecting, sparking criticism of allegedly heavy-handed tactics. Troup says: ‘We use third-party debt collectors when it is more effective but only once there has been a final determination of the tax due. We are not outsourcing the assessment process. We want to achieve as high a level of accuracy as we can.’ Careful outsourcing will continue, and Troup says HMRC has learnt a lot from problems with working tax credits under its contract with the business services firm Concentrix, including how to frame a contract, what to give contractors to do, and how to ensure expected quality thresholds are met.

While HMRC may have learnt outsourcing lessons, it is robust in defending its record on high net worth individuals and large businesses, an area that Troup says goes to the heart of what is good tax administration. Its compliance model, with staff working closely with businesses and individuals, now delivers a much better result for the exchequer, he says, as errors or attempts to avoid tax come to light much faster than before. The tax inspector is not, Troup insists, there to do a cosy deal, but is a customer relationship manager checking that the taxpayer is doing the right thing. The outcome is a reduced backlog of casework and improved receipts. Effective, transparent, fair – HMRC believes itself to be a tax administration machine that is fit for purpose in the 21st century.

"We publish a report every year confirming large tax settlements, and that is to counter any perception that we aren’t even-handed"