China’s Belt and Road initiative could boost 65 countries and has the potential to create a third global trade axis. So what are the implications for the global economy? 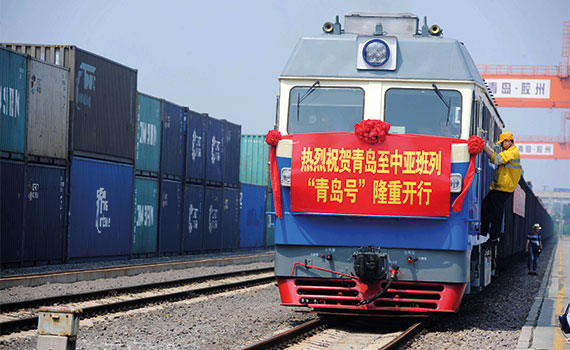 In a series of speeches in September 2013, President Xi Jinping of China set out a plan to create a modern version of the ancient trade routes between China and Europe. The ‘Silk Road’ was travelled by Chinese merchants 2,000 years ago; a little later, a maritime trade route would connect the continents of Asia and Europe by sea.

Xi’s plan was to reopen these trade routes, under the names of the ‘Silk Road Economic Belt’ and a ‘21st Century Maritime Silk Road’; these have since become known as the Belt and Road initiative. The ambitious plan would connect Asia, Europe, the Middle East and Africa with a huge logistics and transport infrastructure network, and involves 65 countries that are home to 60% of the world’s population. If successful, the Belt and Road project will create a third global trade axis.

ACCA, in conjunction with the Shanghai Stock Exchange, has undertaken a detailed research project to explore the opportunities and challenges for Belt and Road countries in terms of politics, economics, society and culture. The Belt and Road Initiative: Reshaping the global value chain is the culmination of the first phase of the research project – details the progress of the project so far, as well as its possible benefits and risks.

The initiative sets out five priorities to improve cooperation between the Belt and Road countries and to increase trade along the routes:

There are clear economic reasons for China to encourage the development of these trade routes. Better power and water supplies, as well as improved transport and communications links and closer economic cooperation, ‘will ultimately give birth to a hyper Afro-Eurasian market’, the report says. ‘Throughout the process, China’s role in international trade will gradually change from “made in China” to “built by China”.’

The project will also open up China’s economy to millions of new consumers. The countries along the Belt and Road need to grow by US$246 trillion in order to lift their per capita GDP to the global average. In other words, there is a huge potential for consumption and development, and this massive consumer market will converge on China.

The potential for outbound investment offered by the initiative is important; Belt and Road provides an outlet for China’s inward investment flow, which is already the second highest in the world (US$145.67bn in 2015). China is plagued by over-capacity in some sectors, particularly in steel, heavy chemicals, cement and textiles. Belt and Road will help China find new export markets, liberating resources from some industries that can be channelled into other, more advantageous markets, and bringing with it the opportunity for industrial restructuring and upgrading.

Belt and Road will also help to further internationalise the renminbi (RMB): ‘If the majority of bilateral and multilateral trade between China and the Belt and Road countries is denominated and settled in the RMB currency,’ it says, ‘RMB will certainly circulate widely and rise in both status and influence. In fact, to avoid exchange rate risk and reduce transaction costs, RMB would be the prime choice as settlement currency.’

In terms of regional benefits, the report outlines China’s desire to create a new system of economic growth. As China’s need for external support is declining – with annual GDP growth falling from 10% to 7% – its ability to support neighbouring countries, such as members of the Association of Southeast Asian Nations, is on the rise. This was demonstrated at the ASEAN-China Summit held in 2013, when China reaffirmed that ‘a united, prosperous and dynamic ASEAN is in line with China’s strategic interests’. ASEAN stressed that ‘China’s development is an important opportunity for the region.’

Added to this are changes in the industrial division of labour in the region. While China’s manufacturing sector continues to grow, some industries are beginning to transfer into neighbouring countries through outbound investment. In addition, China’s surrounding countries and regions are undergoing drastic changes in economic growth and structural transformation, and need funds and technology. China can provide both; through Belt and Road, regional cooperation will continue to grow.

The report also discusses the implications for the global economy. A key aim is to enable the predominantly developing countries along the route to improve their status internationally, as well as helping them to align their development strategy in a way that works for them. Belt and Road will also, says the report, encourage monetary stability and enable the development of an Asian investment and financing system and credit system.

Beyond Asia, the outlook is encouraging, too. According to World Bank statistics, while the average annual growth rate of global trade and crossborder direct investment stood at 7.8% and 9.7% respectively in 1990 and 2013, that of the Belt and Road reached 13.1% and 16.5% respectively during the same period. The report refers to the ‘flying geese’ model: one country’s economy leads and paves the way for others to flourish, and suggests that, as China’s industrial structure drives improvements and industrialisation along the Belt and Road, the country will take on that leading role.

The initiative will also create new opportunities for cooperation between countries to further global economic growth. It has injected positive energy into the globalisation debate, as well as the prospect of helping to alleviate the imbalance in economic development between developing and developed countries.

It also goes without saying that the Belt and Road travels through some of the most volatile countries in the world, including Uzbekistan, Kyrgyzstan, Afghanistan, Syria, Iraq, Iran, Lebanon and Palestine. Economic development needs peace and a stable political system to thrive; that is in short supply along parts of the routes and is recognised in the report as a significant challenge.

In addition, national trade protection – such as complex export-import documentation, frequent anti-dumping investigations and counterbalancing duty measures – is also a difficulty. The report points out that without a trade liberalisation policy and relatively stable monetary system, it is difficult to see how infrastructure construction along the routes could have a positive effect on trade and investment.

Even so, China is determined to make the project a success. ACCA has operations in 57 countries, and 24 of these sit directly in the Belt and Road footprint. Chief executive Helen Brand says ACCA is looking forward to playing its part in connecting the communities of professional accountants who can contribute to the success of this new Silk Route together.

The Belt and Road initiative would connect Asia, Europe, the Middle East and Africa with a huge logistics and transport infrastructure network, and involves 65 countries that are home to 60% of the world’s population