Illicit financial flows out of Africa deprive the continent of much-needed finance for development. Good governance and greater transparency must be part of the solution 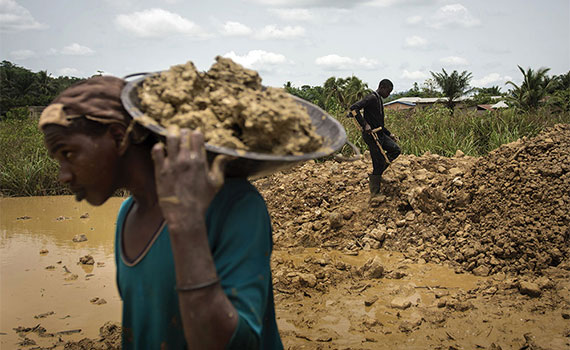 This article was first published in the July 2018 Africa edition of Accounting and Business magazine.

With as much as US$50bn disappearing from West African economies every single year through illicit financial flows (IFFs), it is not surprising that international agencies are paying ever more attention to the issue. As the African Development Bank put it at the publication of an Organisation for Economic Co-operation and Development (OECD) report on IFFs in February: ‘Astronomical amounts disappear off the radar of the authorities and economic regulators every year, to leave Africa illegally for transfer to Europe or elsewhere in the world… and these are financial resources that the countries involved cannot put to good use for the development of domestic investments.’

Although the US$50bn figure is contested – the nature of IFFs makes accurate figures hard to calculate – current analyses agree that it outstrips the amount of government aid or official development assistance to Africa. Such an economic impact reinforces the links between income inequality and criminal activity.

However, to understand the links between criminal activity and illicit trade, and therefore IFFs, it is important to understand the context. This is why organisations such as the OECD believe it is necessary to investigate the impact that globalisation, despite its many benefits, can have on the very poorest in many developing regions.

According to the OECD’s report, Illicit Financial Flows: The Economy of Illicit Trade in West Africa, produced in association with the World Bank, the African Development Bank, the Intergovernmental Action Group against Money Laundering in West Africa (GIABA) and the New Partnership for Africa’s Development (NEPAD), the licit and illicit are increasingly interwoven in West African economies. This is partly due to the sheer size of the informal economy, which is estimated to constitute up to 70% of total economic activity in the region. It is also the product of what the OECD calls the ‘elite protection networks’ connected to these flows.

Up to now, the focus of much attention has been on identifying the sources and volume of these flows, rather than looking more widely at the impact of evaporating revenues on the development prospects for African countries and regions. But IFFs don’t just undercut economic growth and legitimate trade, they also shrink the associated tax revenue that governments use to fund public services and infrastructure.

As Nigeria’s minister of finance Kemi Adeosun told the Platform for Collaboration on Tax conference earlier this year: ‘The Nigerian government is taking responsibility for preventing illicit flows, but the range of measures used, and the sheer volumes, are such that recipient nations must also take measures to discourage the flows into their countries by asking more questions.’

The OECD wants to widen the anti-corruption net. It is not just the origin of the IFFs that needs investigation, but how that money is moved and where to: its origin, transit and destination. Hence the need for international cooperation. This is why the OECD talks about regions, rather than simply countries with ‘porous’ borders that may or may not be able to halt illicit trade on their own. The organisation uses a balloon to illustrate the point – when it is squeezed at one point, the air moves and pops up elsewhere.

The OECD report concludes that criminal and contraband economies produce IFFs that undermine the ability of nations to finance their development. As the organisation reports: ‘Criminal economies and IFFs are a potent negative force that contribute to the degradation of livelihoods and ecosystems, undermine institutions, reinforce clientelist politics and enable impunity, in different ways across the region’s countries.’

Like bankers, lawyers and other professionals, accountants can be implicated in IFFs, as they may unwittingly provide the plumbing that lets the money flow out of a region. But if they are part of the problem, they can also be part of the solution.

Claire Naval, anti-corruption and IFF policy analyst at the OECD, says that accountants and other finance professionals have an important role in combating IFFs. ‘These finance professionals can promote further transparency and reduce the space within which criminal activities can develop,’ she says. ‘Some progress has been made in improving financial transparency, but more needs to be done, especially as international banking can be used as one of the main channels for money laundering.’

There is a further role for finance professionals, one that could have an impact on corporate financial disclosure and financial regulation. ‘If finance professionals perform systematic due diligence on their clients and report suspicious transactions to the relevant authorities, this will contribute to reducing the scope of illicit financial flows,’ Naval says.

Improved standards of governance generally are also part of the solution. As Norman Williams, ACCA’s portfolio head for East and West Africa, points out: ‘Embedding fairness, transparency and accountability within African corporate structures will ultimately impede these practices.’

Naval adds that finance professionals can also help combat financial exclusion, which is one of the leading drivers for IFFs. ‘Enhancing financial inclusion will help,’ she says, pointing out that 80% of the population of West Africa lack access to the formal banking system. When access to the formal banking system remains out of reach for many, and money transfer operators are prohibitively expensive, transactions are carried out in cash, making the prevention and detection of IFFs difficult for governments and regulators. Although the OECD points out that the informal sector often provides precious livelihoods, particularly for the poor, what happens informally allows criminal activity to flourish because it happens outside regulation and supervision.

It is also worth noting that the fight against IFFs is part of the wider agenda of sustainable development, as enshrined in the United Nations’ Sustainable Development Goals. This agenda includes the OECD’s Base Erosion Profit Shifting (BEPS) project. As the OECD report says: ‘Tackling global challenges requires reforms to happen on all sides.’

"‘Astronomical amounts disappear off the radar of the authorities and economic regulators every year, to leave Africa illegally’"

Illicit financial flows (IFFs) are defined by the United Nations Economic Commission for Africa as ‘money illegally earned, transferred or used’. They are the proceeds of corruption, commerce and crime. In commerce, IFFs are the product of tax evasion, misrepresentation, misreporting, misinvoicing and money laundering. Source: OECD, Illicit Financial Flows: The Economy of Illicit Trade in West Africa