Despite the risks, a number of countries across the continent have already embraced cryptocurrencies and the trend looks set to continue, says Kayode Yusuf FCCA 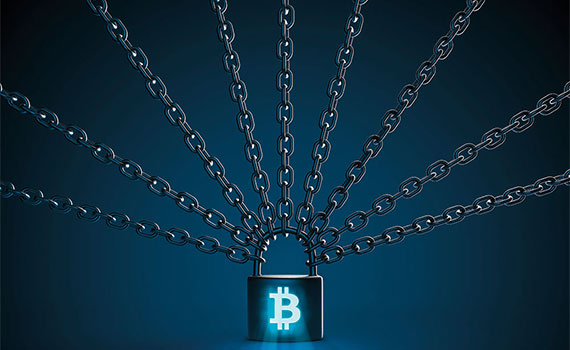 Cryptocurrencies are eliciting growing interest on the African continent. According to a 2017 global benchmarking study conducted by the University of Cambridge in the UK, Kenya, Nigeria and Tanzania have achieved particularly high growth, based on volumes on peer-to-peer exchange platform LocalBitcoins.

Part of the attraction is that cryptocurrencies offer a solution to significant obstacles to progress – the lack of economic infrastructure, for example, and the lack of access to basic financial services. According to the World Bank, less than half of adults in sub-Saharan Africa have a bank account. Given this reality, Africans are only too ready to adopt alternatives to conventional financial services solutions. Proponents believe this technology will ultimately promote financial inclusion in emerging economies. Millennials in particular are attracted by cryptocurrencies because they are easy to access and available to all.

Despite huge price volatility and well publicised fears that the bubble will inevitably burst, a remarkable appetite for cryptocurrencies exists in Africa. In 2015, Tunisia’s government was the first to issue the eDinar, a digital currency using blockchain technology that can be used to make money transfers and pay for goods and services. Senegal followed suit two years later, rolling out the eCFA. Developed jointly by the Banque Régionale de Marchés (BRM) and eCurrency Mint, a technology company that enables central banks to create their own digital fiat currencies, eCFA is a digital version of the franc, compatible with other digital cash systems in Africa.

The rise of bitcoin, the most popular cryptocurrency in Africa, has brought a raft of positives. In Zimbabwe, for example, the instability of the economy has led many to embrace the virtual currency as a store of value. In other countries, such as Nigeria, it offers a way of countering strict foreign exchange controls.

Cryptocurrencies offer advantages to Africans making crossborder payments and transfers, allowing these to be completed with greater speed and efficiency. Transferring funds across borders is often expensive and mired in red tape, especially where exchange controls are prevalent, as in Africa. Cryptos have become a viable alternative, and many local platforms have been set up. One is Bitpesa, a digital foreign exchange and payment platform headquartered in Nairobi, with offices in Lagos and Dakar. Such platforms offer a much cheaper and faster alternative to more established transfer methods and help get around the complicated layers of approvals required by traditional banks.

When the Nigerian government placed controls on access to foreign exchange during the 2016 economic downturn, the middle class quickly embraced bitcoin because it enabled them to transfer funds overseas. Bitcoin has also proved attractive in Zimbabwe, where the unstable economic situation has made transacting business across borders challenging. Platforms are proliferating, with companies like Luno, founded in South Africa in 2013, aiming to become one of the largest exchanges in the world.

Even celebrities have been attracted by the phenomenon. Akon, the Senegal-born music superstar, recently announced a plan to build a cryptocurrency city in Dakar, to be known as Akon Crypto City. He hopes this will become the base for akoin, a cryptocurrency similar to bitcoin.

Despite the emergence of bitcoin exchanges in Africa, there is an awareness that they pose considerable risks as potential conduits for money laundering and terrorist financing. In January 2017 the Central Bank of Nigeria (CBN) alerted financial institutions to the dangers inherent in virtual currency operations; this was followed up earlier this year by a warning that because cryptocurrencies and exchanges are not licensed or regulated by the CBN, dealers and investors are not protected by law.

Another source of concern is the volatility of cryptocurrencies. ‘It’s hard to understand what the intrinsic value of bitcoin might be,’ says Cory Johnson of Bloomberg News. Fluctuations in the price of cryptocurrencies threaten their ability to serve as a reliable store of value. As a result retailers often swiftly convert payments received in bitcoin into fiat currencies.

Like other administrations, African governments are considering how to develop effective regulation. Because the sector has grown so fast, the official response has tended to be reactive, even reactionary. Measures have included attempts to bring cryptocurrencies under existing legislation, the imposition of licensing requirements and outright bans – Egypt and Morocco, for example, have taken the latter course. In South Africa, the central bank is monitoring developments but has yet to outline a regulatory framework; in the mean time, normal income tax rules apply.

In 2016 Christine Lagarde, managing director of the International Monetary Fund, commented at the World Economic Forum in Davos that virtual currencies were not yet a major component of the global currency system, having a total market value of around US$7bn, ie less than 0.1% of the then US$12.3 trillion US money supply. Although the global volume of activity has increased tremendously – in late July total market value was estimated at US$284bn by Coinmarketcap – the volume of Africa’s trade remains comparatively low: according to the University of Cambridge study, Africa and the Middle East account for just 4% of the cryptocurrency user share. However, Shireen Ramjoo, founder of Liquid Crypto-Money, says that even though crypto trade in Africa is lagging behind, ‘we are beginning to see significant movement’.

Cryptocurrencies are ripe for mainstream adoption in Africa because the young population is well positioned to embrace innovative technologies. The attractions are undeniable but without central bank controls and supervision, and a robust regulatory environment, the potential for illicit transactions, money laundering and terrorist financing is great. Like their counterparts elsewhere, African financial regulators will need to calibrate regulation carefully to address the risks appropriately without stifling the potential for innovation.

"Because the crypto sector has grown so fast, the official response has tended to be reactive, even reactionary"

The technology that underpins cryptocurrency schemes is a distributed ledger system or database known as blockchain – a decentralised means of collecting data in encrypted blocks. It provides a complete history of transactions and a secure, permanent record that can be shared across large networks but cannot be changed or modified by a single party. Because it is tamper-proof, the fear that cyber hackers or fraudsters will subvert the process is eliminated.

Blockchain technology is expected to transform the financial sector and many other areas of business; cryptocurrencies are just one of the emerging uses of the technology.