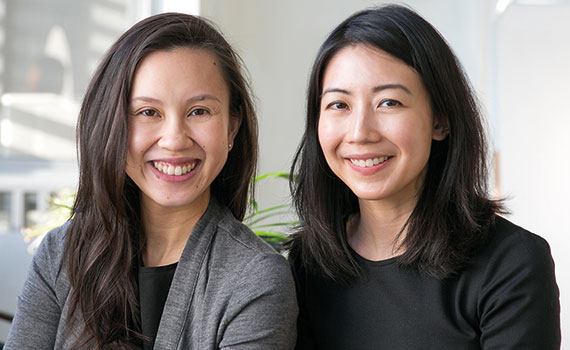 The decision to leave a secure, well-paid job to strike out on one’s own is never easy, especially when compounded with the arrival of a first child. But with the help of an Excel spreadsheet to analyse financial aspects such as savings, projected expected income and expenses, Lim Wen Ling decided to take the plunge. ‘It was not an easy decision but the numbers were telling me I could do it,’ recalls the co-founder of The Mindful Company, which makes modern jewellery etched with meaningful messages.

At the time, Lim was working as a senior manager at EY Singapore and her decision – after working for 11 years as an accountant – took many of her colleagues by surprise: ‘I think they were all shocked,’ she says, but she was confident she would be able to leverage the skills she had learned over the years and apply them to her new business.

‘When you move through the ranks, you are no longer number crunching; you are pitching for work, explaining your value-add, making sure you are delivering on a timeline, managing a team, and these are skillsets you need when you want to start your own business,’ Lim explains, adding that while she could have left her job earlier, she would not have learned many of the skills that have been most useful to her business.

Born in Malaysia and raised in Perth, Australia, Lim studied accounting and finance, following in the footsteps of her siblings. After graduating from the University of Western Australia in 2004, she joined Deloitte’s indirect taxes division, focusing on research and development. ‘I knew I didn’t want to be an auditor, so taxation was the other natural choice,’ the 34-year-old recalls. ‘I worried audit would be a bit more routine and at the same time I didn’t want to spend my time out of the office all the time; I wanted to make friends in the office.’

Lim says she was attracted by the training Deloitte offered young graduates, including support for a master’s in tax law in Melbourne, which helped her develop further. ‘The Big Four have some really good mentoring practices for university graduates,’ she says. ‘You have quarterly catch-ups with your mentor where you find out what you need to develop, find out what you are enjoying and not enjoying, and these are practices we’ve retained with our staff. The cost of training someone is quite high and we want to do our best to retain them,’ she says.

In 2010, the CA ANZ-qualified accountant moved to Singapore with her husband ‘to try something different’. The move proved timely as her speciality was in demand at the time, helping her land a job at EY as a manager in its business incentive advisory division where she ‘helped companies already in Singapore or looking to come to Singapore to tap into certain government tax incentives or grants’.

It was while working at EY that she met her future business partner, Ciara Yeo, a corporate lawyer in the mergers and acquisitions group at White & Case, an international law firm. Both working in the business district, they bonded over regular runs around Marina Bay, often spent talking about the everyday challenges they faced and the pressures of their jobs. ‘We wanted to have a piece of jewellery with words of encouragement that were very subtle, so that only we could see it,’ she says, describing how The Mindful Company started as a ‘side project’ before taking on a life of its own.

Their first efforts were challenging as the quality of the first batch of what would become their star product, the ‘Reminder Cuff’, inscribed with inspirational messages, was not up to scratch and the budding jewellers threw away 80% of the stock. But encouraged by demand from friends of friends, the two persevered and decided to launch a business in August 2015, with Yeo quitting her job. Within six months, The Mindful Company was breaking even, encouraging Lim to join her. ‘We wanted to see if there was enough work for the two of us,’ Lim recalls.

While Lim’s expertise in tax relief was not immediately relevant to her new business, the combination of her business knowledge and Yeo’s legal expertise proved a good match.

‘There has been a lot of positive synergy between our expertise and I believe we’ve made it work by keeping well-defined and separated roles in the business, while crossing over on product development. Ciara takes care of anything legal-related, marketing, communications and content creation, and I take care of operations and finance, and business,’ Lim says.

Brand with a purpose

It also helped that the two partners have similar understated aesthetics and fully agree on the company mission, which Lim says is in the backbone of every product. ‘We’re a brand with a purpose and we try to create products that encourage and promote mental wellbeing and kindness; all the products have a message that we hope will resonate with our target demographic.’

Ironically, the company hired an accountant quite early on – ‘It freed me up to focus on other aspects of the business that were more value adding’ – and she drew instead on other aspects retained from her 11 years in accounting: ‘What I really learnt was how to think laterally, how to assess a P&L, how to know if something makes sense, and even dealing with professional services. That was very valuable experience.

‘The skillset you learn working for a Big Four firm goes well beyond doing a spreadsheet,’ Lim explains. ‘You also learn skills that may not look as important at the time but prove very handy when you set up your own business, like how to do a PowerPoint presentation, how to present a company, what is the important information you should retain.

‘Having that experience has been really useful in my dealings with retailers, service providers and partners, and how we manage those relationships, as well as how to put together presentations and pitches to them.’

Lim recognises that being an entrepreneur is a ‘very lonely journey’, especially coming from a Big Four environment. ‘I loved going to work at EY; it wasn’t just the work, it was the people I worked with, the banter. All of that suddenly went away. I was no longer in the hustle and bustle of the central business district; I really had to motivate myself,’ she explains. She was also fortunate to have a co-founder as ‘it’s important to surround yourself with a network that supports you and believes in you as well’.

Lim believes that anybody wanting to make the jump from a professional career to entrepreneurship needs to be armed with patience and perseverance. ‘It’s important to realise that not everything is going to be perfect,’ she says. ‘Make allowances for things that are not going the way you want them to, especially in the early days.’

Based in Singapore, The Mindful Company was established in 2015 by Lim Wen Ling and Ciara Yeo, and aims to promote mental wellbeing and kindness through its jewellery products. These feature meaningful reminders that help wearers celebrate the ups, be resilient through the downs, and embrace the crazy loops and changes of life. The team is focused on creating products that are timeless, subtle and well made – and at an accessible price point. As well as operating an online shop, The Mindful Company has stockists worldwide, including in Singapore, the UK, the United Arab Emirates and Australia.