With the end in sight for the angel tax rule that put India’s startup economy at risk, entrepreneurs are gearing up to take full advantage of venture capital investments 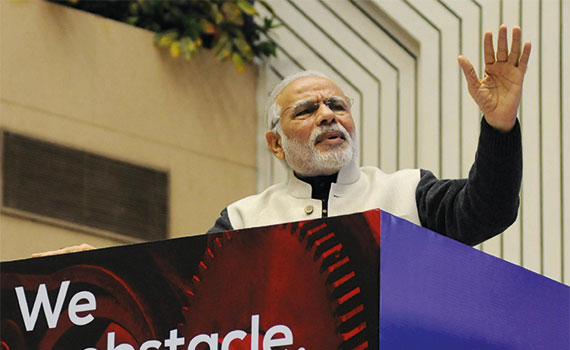 ‘Startups used to be on the periphery of the Indian economy, but they have been centre stage now since 2014,’ says Padmaja Ruparel of the Indian Angel Network. ‘The change since then has been huge, but it was imperative to do this, to create jobs, now that locked-up capital is being unlocked.’

The real impetus behind the drive for a venture capital-driven economy in India began in January 2016 when prime minister Narendra Modi launched the Startup India initiative. Since then, more than 16,500 startups have been recognised across nearly 500 districts, creating over 166,000 new jobs, according to government figures.

Through the Department for Promotion of Industry and Internal Trade (DPIIT), part of the Ministry of Commerce and Industry, India has created a 100bn rupee (US$1.4bn) fund of funds that has catalysed INR650bn (US$9.4bn) of investments in some 8,000 companies.

As an indication of how much progress is being made, a recent report from the National Association of Software and Services Companies (NASSCOM) revealed that in the first nine months of 2018 US$4.2bn of investments were made in startups in India. This was 108% more than the equivalent figure for 2017, which stood at US$2bn. Although the number of investment deals fell in that time (529 in the first nine months of 2017 compared with 451 over the same period in 2018), the actual average value per deal increased by 144%, from US$3.9m in 2017 to US$9.4m in 2018.

The NASSCOM report says that investors have become ‘cautiously optimistic’, participating in fewer deals but investing larger amounts into mature startups. The report indicates that a number of government initiatives have helped boost investor confidence. They include the Fund of Funds for Startups (part of the Small Industries Development Bank of India) and the Department of Science and Technology’s National Initiative for Development and Harnessing Innovations.

Foreign governments are also encouraging their domestic startups and established corporates to engage with the Indian startup ecosystem, while Indian startups (B2B and B2C businesses alike) are expanding into other markets, and global giants are gravitating towards India. According to NASSCOM there are more than 14 active government-backed international startup exchange missions supporting Indian startups in their global ambitions.

A final indication of confidence in the sector comes with the news that 2018 saw a doubling in the number of unicorns (startups valued at more than US$1bn) created in India. Eight such companies were created in 2018, which may not seem a particularly high number but places India behind only the US and China in unicorn generation. The Indian unicorn list is expected to include at least another 10 members by 2020. Some of the prominent names mentioned by the report are Druva (data protection), Rivigo (logistics), Big Basket (online grocery), Delhivery (shipping and supply chain), Mobikwik (digital wallet) and Practo (healthcare appointment booking).

But 2018 was also marked by growing concern over one particular government policy which, it was feared, could be putting a real brake on further investment, particularly at the business angel level of early-stage funding. The so-called angel tax – a charge originally aimed at preventing money laundering – was said to be putting off many wealthy individuals from making early-stage investments.

The roots of the angel tax policy go back to 2012. It was then that Manmohan Singh’s government introduced the tax to deal with concerns that wealthy individuals could invest in bogus startups as a way to launder money.

Section 56(2)(viib) of the Income Tax Act 1961 states that the issuance of shares by a closely held company to a resident at a premium to the fair market value of the share should result in the premium being taxed as ordinary income at 30% in the hands of the issuer company. Problems have arisen since 2012 over the assessment of fair value, with the government’s assessment officers often challenging startup companies’ use of the discounted free cashflow method.

Mini Raman, partner at law firm LexOrbis, says: ‘The angel tax strikes at the very core of an innovative startup, as there is no specific definitive method for determining the fair market value of a startup. External investors are investing in an idea which has the potential of scaling up and being successful. Companies which receive funding are sometimes in the very initial stages of existence, just developing their product or market strategy, and are in dire need of funds to expand. The levy of such an angel tax is tantamount to critically impairing the development of these companies.’

Since 2016, the Modi government has sought to amend the angel tax rules. However, it was not until earlier this year that changes were made that in effect take care of the problem. In February, the DPIIT issued a clarification on the definition of a startup, effectively widening the criteria so that a company that has been in existence for up to 10 years, with a turnover not exceeding INR1bn (US$14m), would be classed as a startup, and therefore not subject to the angel tax. There were a number of exemptions to this classification, but the new ruling has been widely welcomed.

The impact has already been felt. According to reports, by mid-March 90 startups had already been spared the taxman questioning their valuation during fundraising, although others are still awaiting confirmation.

‘Angel tax had begun to dampen the enthusiasm of angel investors and startups, who had begun migrating abroad,’ says Saurabh Srivastava, chair of the Indian Angel Network, who welcomed the February announcement. ‘This will transform India’s economy, generate millions of jobs and solve India’s pressing challenges in healthcare, education, agricultural productivity, clean energy and much more.’