Fighting corruption in the Americas as elsewhere requires the commitment and involvement of everybody in society, including accountants, to be effective 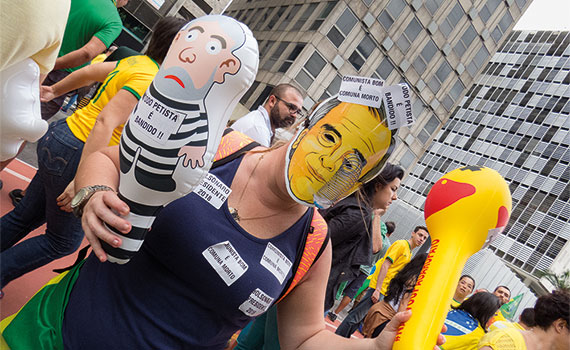 Corruption knows no borders. Take Operation Car Wash – the ongoing investigation into allegations of bribery and corruption at Brazilian state oil company Petrobras. Launched in 2014 with an initial focus on money laundering, the investigation turned its attention to alleged bribes for awarding construction contracts. Its tentacles now encompass numerous countries across the Americas.

‘A lot of cases like Operation Car Wash have been expanding,’ says Mihnea Rotariu FCCA, associate director at advisory firm Forensic Risk Alliance in Washington, DC. ‘The investigators kept pulling the thread, and it spun into other investigations in the US and Brazil and other countries, such as Argentina, Mexico and Venezuela.’ Such high-profile cases are triggering a corporate reaction. ‘Organisations are realising they didn’t have their house in order, so we are helping companies across the Americas to get their programmes up to expected levels to be able to catch corruption if it happens,’ Rotariu says.

In terms of governance frameworks and cultural factors, Rotariu says there is a strong focus on developing the right ‘tone at the middle’ – the next step on from ‘tone at the top’. He explains: ‘When dealing with larger organisations, it’s important that not only are the CEO and CFO saying the right things, but so are your managers and company accountants – who may be five or 10 levels down from the CEO. It’s important to keep the message consistent across the organisation so it doesn’t get diluted.’

The importance of such ‘soft’ controls is highlighted by Michelle Morris FCCA, director of enterprise risk and audit services in Canada’s regional municipality of Peel. In tackling corruption, she highlights the importance of both hard controls – such as policies and procedures – and soft controls. ‘Both are effective, but soft controls are most effective because they are about behaviours,’ she says. ‘Soft controls are about modelling behaviour, getting to know people and building trust and relationships. We do outreach so staff know the role of audit, particularly as it relates to ethics, fraud and corruption. Staff will be more inclined to speak to you if they know of you and the work you do.’

The need for courage

Tackling corruption requires the ‘core competency’ of courage, Morris believes. ‘As professionals, we need the courage to speak up ourselves and take seriously allegations that come our way – not ignore them or pretend things didn’t happen.’ One fraud committed at a local organisation, where an employee colluded with a vendor, was discovered only when an individual became suspicious and reported it. ‘Internal controls can be overridden,’ Morris points out. ‘I don’t know how long this fraud might have continued if someone hadn’t seen something and said something.’

Hard controls are still important, of course. Dale Wright, senior audit manager with the Treasury Board Secretariat for the Canadian province of Ontario, helps manage risk in relation to the use of public funds paid to organisations to deliver various programmes. Having worked in the private sector, Wright was struck by ‘the culture of trust’ in government. He says: ‘While trust is good, people you trust [and put] on a pedestal can take advantage. So you need to ensure you have appropriate mechanisms to check and monitor those you trust are actually doing the right thing.’

Wright encourages accountants to take a strategic perspective on risk management that encompasses fraud and corruption risks. ‘Robust corporate governance can maintain focus on organisational strategy and how it aligns with the risk culture,’ he says. ‘Organisations need to consider their risk appetite and their risk management framework, which needs to be comprehensive enough to identify various types of corruption and what the mitigation strategies will be.’

Shruti Shah, president and CEO of Coalition for Integrity (formerly Transparency International USA), a non-profit organisation that combats corruption and promotes integrity in the public and private sectors, sees an important role for all types of professional accountant in tackling corruption. However, they cannot succeed alone. ‘If you are really serious about fighting corruption, it requires the commitment and involvement of everybody in society,’ Shah says. ‘It requires commitment from government agencies, the private sector, the not-for-profit sector, the media – all citizens.’

"As professionals, we need the courage to speak up and take allegations seriously – not ignore them or pretend things didn’t happen"

‘Detecting fraud and corruption is not the hard part; it’s what we do next,’ says Rakesh Latchana FCCA, managing partner of Ram & McRae in Guyana. ‘This is a small country. If you speak out against suspected corruption, you are labelled and pushed aside. In a small society, if you are sidelined, that would be the end of your career. So a lot of people choose to stay quiet.’

In a society where certain types of corruption are seen as the norm, such as paying a bribe to jump the line, tackling it is particularly challenging. ‘It’s tough to deal with,’ Latchana says. ‘We have had many instances where we have found problems. The best you can do is talk to the company or individual and ask them to fix it.’

He believes that reform has to start with the government and the governance structures in place. He adds: ‘I always tell my teams: stick together as a team. One individual could get corrupted; the team will be the check and balance to ensure that this doesn’t happen.’