Recent research highlights an upsurge in concern among small companies about the business consequences of bribery and corruption, and what they can do about it 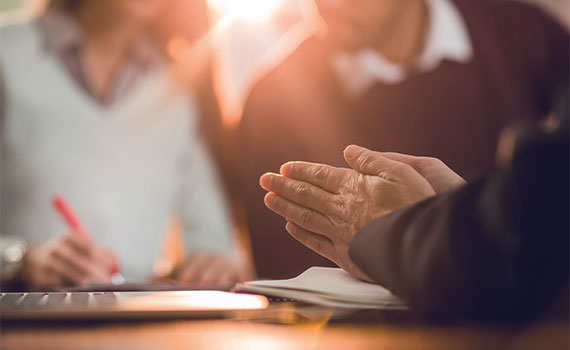 Bribery and corruption are challenges that affect businesses of all sizes. Yet the most significant efforts to address these problems tend to focus on public bodies and big corporations, which are those most likely to be involved in cases where large sums of money change hands. Historically, little research has focused on the risks posed to small and medium-sized enterprises (SMEs), despite SMEs accounting for 99% of all formally registered businesses in countries where accurate data is available.

Six years on from its 2013 global survey of the impact of bribery and corruption on the SME sector, ACCA has carried out another. The 2019 survey of ACCA members working in SMEs or providing them with professional services was conducted via a public weblink, and its findings have been published in the report Combating bribery in the SME sector.

‘SMEs are incredibly important,’ explains Jason Piper, ACCA’s policy lead for tax and business law, and the author of the report. ‘In quite a lot of countries, the majority of working people work in SMEs. Multinationals wouldn’t exist if they didn’t have SMEs in their supply chain, providing services, goods and small parts. They are fundamental to the economy in every part of the world. Anything acting as a drag on their productivity is something we should investigate and deal with.’

According to ACCA’s latest survey, nearly two-thirds (64%) of SMEs globally regard bribery and corruption as a concern. This is a significant increase on 2013, when the figure was just 43%. Survey respondents from sub-Saharan Africa, the Americas, Asia and the Middle East were most likely to be worried about bribery and corruption. Concern was noticeably lower in Europe, probably as a result of the legislation and enforcement mechanisms that exist in the region.

When asked why bribery and corruption are problematic, respondents compared them to a disease or rot, which if unchallenged, spreads through the business community, damaging individual enterprises and ultimately national economies. Globally, 64% of SMEs believe that bribery and corruption have a negative impact on the business environment. The research found that SMEs are most likely to encounter bribery when dealing with public sector officials.

In 2019, more than two-thirds of respondents (67%) thought that SMEs routinely consider the risk of bribery when contemplating doing business in some countries. This is in stark comparison with 2013, when only 38% thought the same. Similarly, in 2019, 62% of respondents thought that SMEs consider the risk of bribery when thinking about doing business in certain sectors – compared with 45% six years before. Another significant finding was the jump in respondents who thought that over the past 10 years businesses had become more willing to misrepresent their financial statements to cover up corrupt behaviour. In 2019, 45% believed this was the case, compared with 31% in 2013.

‘There are some encouraging findings around growing awareness, and SMEs are readier to recognise when they might be at risk,’ Piper says. ‘But the statistics are still not as high as they should be. Some organisations don’t think about bribery when they’re doing business overseas. But if you’re doing business in particular regions, you are almost certainly going to encounter it, so you should be considering it.’

Meanwhile, there has been a shift in perception of the usefulness of prosecution as a deterrent. In 2013, creating an environment where it was clear that illegal activity would not be tolerated (ie by means of high-profile prosecutions) was considered the most effective anti-corruption measure (listed by 40% of respondents). In 2019, the figure has fallen to just 23%.

‘We are perhaps seeing a loss of faith in prosecution as a deterrent,’ Piper says. ‘Maybe there have not been as many high-profile prosecutions as people may have hoped. But even where there have been, there is still an atmosphere of bribery and corruption, and SMEs are encountering the same problems they have always encountered.’

Nevertheless, Piper points out that helplines and protection for whistleblowers pose their own challenges in terms of deterrence. ‘Most of the existing guidance around the helplines and processes that enable people to blow the whistle if they see corrupt activity are built around public sector organisations or large multinationals,’ he says. ‘These are organisations with a fair bit of resource to throw at the problem and an internal hierarchy that facilitates the creation of a sensible escalation process. In a business with four or five employees, it’s not practicable. Even in businesses with 50 to 70 employees, say, if someone blows the whistle, then everyone knows who that person is.’

So what can SMEs take away from the latest ACCA research? The report argues that SMEs should be proactive about addressing and managing the risk posed by bribery and corruption, even if the steps they take are different in scale from those adopted by large corporates or public bodies.

Piper advises policymakers to produce ‘clear, short and simple guidance’ and to ‘cooperate and coordinate so that businesses know that they’re facing the same sort of environment wherever they are’. The bottom line, he says, is this: ‘Policymakers should recognise the challenges that small businesses face, convey the strong message that bribery and corruption are not acceptable, and put effective reporting mechanisms in place.’

"Respondents compared corruption to a disease or rot that, if unchallenged, spreads through business, damaging enterprises and ultimately economies"