The UK government’s reform of off-payroll working rules has provoked a storm of protest in the freelance community – and the fallout is likely to be felt in Ireland, too 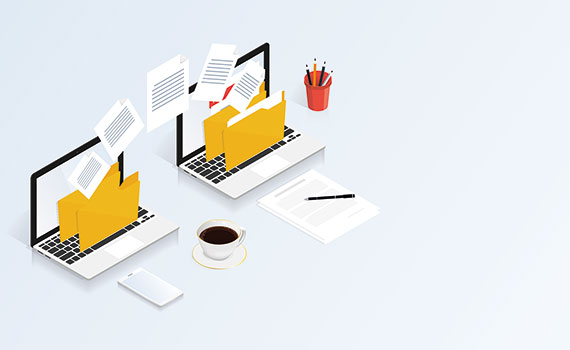 This article was first published in the April 2020 Ireland edition of Accounting and Business magazine.

Following a lengthy and controversial consultation process, the UK is set to introduce significant changes in how private companies deal with the taxation of off-payroll workers. From 6 April, the onus of determining tax status for contractors and freelancers will fall on businesses and recruitment agencies that employ their services, often via a personal services company (PSC).

These reforms, which affect large and medium-sized businesses and third-sector organisations, follow a similar initiative introduced in the public sector in April 2017 and build on the original so-called IR35 rules introduced two decades ago. These rules were an attempt to tackle perceived tax avoidance schemes where freelance workers and employers avoided paying certain taxes because the worker was not directly employed by the business.

However, the changes that will come into force in April have been met with considerable resistance from employers and contractors alike, amid concerns over increasing red tape, decreasing wages and the flight of talent from the UK. Companies in Northern Ireland hiring contractors via PSCs will need to take account of the new rules, while there is the possibility that the many tech companies based in Dublin may start to receive applications from UK contractors keen to move.

The widespread opposition to the reforms saw the UK government launch a review in January 2020 but this focused solely on how the new regime is being introduced. The results, published at the end of February, show the only significant concession is that the UK tax authority has agreed to a soft landing period for penalties for the first year of operation. This means that fines will not be issued unless HMRC suspects tax evasion or abuse of the system.

‘The extension of IR35 payroll legislation is forcing the private sector to reassess employee bases and business structures, and the big question is whether businesses are ready,’ says Nigel Morris, employment tax director at MHA MacIntyre Hudson in the UK. ‘The short answer is no. There’s still a lot of work to undertake, and failure to fully prepare could result in significant labour supply issues, business continuity challenges and liabilities for tax, national insurance contributions, interest and penalties.’

In response, Chancellor of the Exchequer Rishi Sunak has indicated that HMRC will not be ‘at all heavy handed’ in the 12 months following the introduction of the new system.

This perhaps is just as well. Morris says many businesses still do not know exactly how many off-payroll workers they have and some are yet to prepare. ‘There’s also still a lack of confidence in determining employment status for contractors,’ he says.

This last point highlights issues with HMRC’s method of determining a worker’s status. The online tool, known as CEST (check employment status for tax), has attracted considerable controversy, with contractors claiming that in many instances it fails to reflect the nature of their work. The number of court cases lost by HMRC bears testament to this argument. HMRC recently updated the tool, which can now be used by employers and engagers as well as the workers themselves.

But of perhaps more concern is the overall effect that the new rules will have on the pool of freelancers and contractors currently working in the UK. Fears are rising of a brain drain, with many moving overseas.

According to the Association of Independent Professionals and the Self-Employed (IPSE), 13% of freelancers plan to find contracts abroad, 11% plan to stop working or retire early and 8% plan to move into employment. Half also said they would only continue freelancing if they could find contracts to which the new rules did not apply.

Two out of five (39%) freelancers said their clients will stop using outside-IR35 contractors. Instead, they will either make blanket assessments that all contractors are ‘inside IR35’ (20%), engage them through umbrella companies (14%), move them to PAYE (13%) or stop engaging them altogether (11%).

However, echoing Morris’s concerns, 35% of freelancers also said that their clients are either uncertain or have not clarified their plans. ‘Businesses and contractors are simply not ready for the ill-planned and hugely disruptive changes to IR35,’ says Andy Chamberlain, deputy director of policy and external affairs at IPSE. ‘Many businesses have not even decided how to respond yet, and many more are planning to break the rules of the legislation by assessing all their contractors as “inside IR35”.’

According to IPSE, nearly a third of freelancers plan to stop contracting in the UK; many more are likely to follow if they cannot find contracts unaffected by the changes. ‘We need to be clear this will do enormous damage to this £305bn-a-year sector, which will have disastrous consequences for the wider economy,’ Chamberlain says.

Other concerns have also been raised over costs. UK Treasury figures say the taxpayer would lose out on up to £1.2bn a year by 2023 without the change in rules, due to workers incorrectly paying tax as if they were self-employed. An extra £410m was raised for the Treasury since the new rules were introduced for the public sector.

But Jason Piper, ACCA’s head of tax and business law, points out that changes to company tax and payroll systems alone could prove very costly. ‘The likelihood of any future delays or changes to the policy are very low,’ he says. ‘Every pound spent is one diverted away from productivity.’

Who is affected by the new rules?

All UK companies, apart from those with fewer than 50 employees or less than £10.2m annual turnover, must assess the employment status of any person they hire who works through a limited company. This could affect tens of thousands of companies and up to 230,000 freelancers and contractors. UK companies and their recruitment agencies will be liable for unpaid tax if HMRC finds that a worker has been wrongly classified.