Could climate change trigger a financial crisis? It’s a fear that is driving central banks to green the financial system through climate risk reporting disclosure 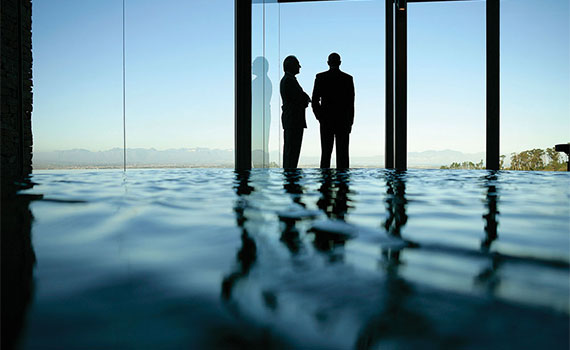 When builders take sick leave in a heatwave, productivity falls and delays occur in the construction of new homes, with knock-on effects on the economy. Against a background of rising temperatures and increased rainfall, the financial risk of such productivity loss is to be incorporated into the Bank of England’s first-ever stress test to measure whether climate change could trigger a financial crisis. The UK’s central bank plans to publish the findings of its assessment, known as the biennial exploratory scenario, in 2021.

It is one of a number of related activities by a consortium of central banks – the Network for Greening the Financial System (NGFS), which was set up in December 2017. Spearheaded by outgoing Bank of England governor Mark Carney, it aims to incorporate climate change into financial stability models and improve the information that helps evaluate climate risk.

Other leading members of the NGFS include the central banks of France and the Netherlands, and the network now has 54 members globally, from China to Colombia and Mexico to Malta, although it lacks the backing of the Federal Reserve, the US central bank. Many of the member institutions supervise commercial banks and insurers, as well as making their own investments.

Principles around climate disclosure reporting are already available and could be applied. In most countries there is as yet no parliamentary legislation to mandate disclosure but this is an option also available to central banks. ‘We may require banks to publish exposure to climate change risk. If we made it compulsory, we would get better market discipline,’ says Morgan Després, deputy head of financial stability at Banque de France. But that decision has yet to be taken. The NGFS meanwhile is still at an early stage of development, and not all commercial banks have engaged on climate voluntarily.

Assessing the risk requires appropriate data, the acquisition of which entails an arduous quest for information that neither central nor commercial banks have considered up to now. At its most basic, it involves a better understanding of the groundwater, drains and sewers that cities depend on, for example, and the potential impact of floods or hurricanes in their individual contexts. At this early stage, central banks are still groping through tangled pathways for that data.

No two approaches to modelling the physical risk to real estate are identical and no two flood or fire or drought events are alike, so the extent of that risk is not visible to the central banks either. ‘Take a global bank with a portfolio of residential mortgages – we expect them to experience more extreme weather events where the mortgage holders are, but we don’t know where or how much risk exposure is in that particular portfolio. That’s very specific to each bank,’ Després explains.

Agreeing effective reporting techniques is one solution. ‘To identify the risks, you need to get the risk metrics right,’ Després says. The standardisation of climate scenario analysis, as promoted by global high-level group the Taskforce on Climate-related Financial Disclosures (TCFD), would help.

But this could take many years to develop for both physical and transition risk. Transition risk (financial risk from adjusting towards a lower-carbon economy) depends on views of the progress of fossil fuel policy, for example. Unlike historic financial reporting, scenario analysis is forward-looking and thus more subjective, which makes standardisation harder.

As well as stress testing, tools at the disposal of central banks include easing lending conditions for green investments. A financial instrument known as the ‘green supporting factor’ lowers the capital risk requirements for green assets. It could also be accompanied by a ‘brown penalising factor’ – raising capital requirements on assets with high sustainability risks. However, there is currently insufficient evidence that green assets have a lower level of default to justify this policy, which raises concerns that such an approach would undermine the general rules for lending.

Other options to help green the financial system include purchases of financial assets such as green bonds, or setting explicit targets or discounts to interest rates to guide bank lending to preferred sectors such as greener transportation.

Of all the possibilities, the most widely expected is mandatory reporting. For example, in July 2019 the UK government set out a green finance strategy that requires all listed companies and large asset owners to make climate risk disclosures in line with TCFD recommendations by 2022 (see also ‘Disclosing arguments’ at bit.ly/AB-disclosing). If large institutions, including financial services companies and commercial banks, don’t agree climate risk reporting rules, they can expect compulsory requirements.

Some commercial banks accept they have to act and are keen to be seen as first movers. Simon Connell, sustainability strategy head at Standard Chartered, believes rapid action is needed. ‘This topic is rapidly growing but clients are not necessarily at the point where their disclosures are fully in line with the TCFD so we need to find more innovative ways to get to the answers,’ he says.

That responsiveness may be key, as the NGFS has already conceived an irrevocable change to economies. Its launch report stressed that central banks will cooperate globally with policymakers, the financial sector, academia and others to distil best practices in addressing climate-related risks.

Action on mandatory reporting and carbon pricing may ensue. ‘Without carbon pricing, it makes it more complicated to make the transition,’ Després points out. ‘This requires policymakers to step in and price carbon in such a way that it reflects its real US$80–US$90 price.’

Yet most governments have baulked at carbon pricing. Clearly, outstanding individual leadership is still required if real progress is to be made.