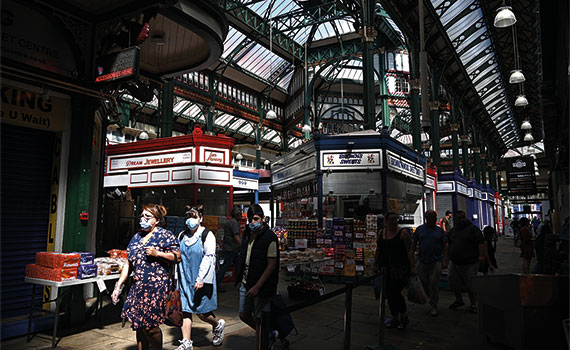 This article was first published in the July/August 2020 UK edition of Accounting and Business magazine.

Introduced on 20 May 2020, the Corporate Insolvency and Governance Bill is a welcome development that will deliver a number of changes to UK company law, enabling companies undergoing a restructuring and rescue process to continue trading.

The Bill itself contains a number of temporary and permanent provisions to assist companies through the Covid-19 crisis. However, some of these proposals have been in consultation for some time, originally outlined in a March 2018 consultation, albeit with some significant changes. These reforms also reflect a number of provisions contained in a European Commission directive from November 2016.

Under this directive, the Commission proposed that the insolvency legislation of each European Union member state should include three of the key elements set out in the government’s proposals: a moratorium, a prohibition on ‘ipso facto’ clauses and the ability to confirm a restructuring plan if it complies with the cross-class cram-down requirements.

The Bill contains a number of temporary changes to prevent winding-up petitions and statutory demands, together with the temporary suspension of wrongful trading provisions, until 30 June 2020 at the earliest, allowing directors to continue trading without the threat of personal liability. In addition, the Bill will ease regulatory requirements enabling companies to delay annual general meetings until late September 2020 or hold ‘closed AGMs’ online.

Of the three permanent changes to the insolvency regime, the most impactful is the introduction of a ‘company moratorium’. This provision will give distressed companies that are viable 20 business days, extendable to 40 or longer by agreement, to pursue a rescue plan.

To qualify for the moratorium, a company must be unable to pay its debts and it is likely that a moratorium would result in a rescue of the business as a going concern.

Moving to the exit

The exit from the moratorium may be achieved in a number of ways including a rescue, sale, refinance, company voluntary arrangement, scheme of arrangement or restructuring plan.

While the company remains under the control of its directors throughout the moratorium, it is envisaged that the appointed ‘monitor’, who must be a licensed insolvency practitioner, will be comfortable that a rescue is achievable and will then monitor the process throughout. This means protection is provided to the company, and the creditors are unable to commence legal action via winding up petitions or by other enforcement avenues available.

The second new provision in the Bill is a change to existing supplier contracts so that termination clauses are not triggered, and supply issues or price increases cannot be implemented. This will mean that contracted suppliers will have to continue to supply companies despite the pre-insolvency arrears, unless they can demonstrate ‘hardship’ as a result.

The third key element of the Bill will enable companies in financial difficulty, or their creditors, to form a ‘restructuring plan’. Although similar to a scheme of arrangement, the major difference is that it can impose the restructure on any dissenting creditors, be it secured or unsecured, who voted to reject it. But these dissenting creditors cannot be put into a worse position than what the court considers would have been the most likely outcome if the plan had been rejected.

In enabling businesses to continue trading even if they are undergoing a rescue or restructure process, the changes introduced are designed to avoid insolvency and preserve employment along with potential enterprise value, and should therefore be welcomed. But the key test will be in the detail and practical implications of the new measures.

The challenge now is how fast these changes can be made. At the time of AB going to press, this significant support for the UK economy was being fast-tracked through, with the aim of the Bill being enacted by July. This might not be the end of the reforms to the existing legal framework. We could potentially see a flattening out of the global insolvency framework, moving to a more level playing field. In doing so the international business community, and the small to mid-sized enterprises they support, will be better placed to restart and return to trading.

"Of the three permanent changes to the insolvency regime, the most impactful is the introduction of a ‘company moratorium’"

When to call for help

Chris Newell, restructuring partner at business advisory firm Quantuma, says: ‘There are currently two types of struggling business: those that have been critically affected, but were not distressed before the crisis, and those that were already struggling before Covid-19 and have dramatically deteriorated since. The former can often secure government-backed funding, but the latter will struggle to access these resources. I would urge this group to seek insolvency advice at the earliest opportunity.’

Allan Cadman, partner at insolvency firm Poppleton & Appleby, says there is a reluctance to do this among some business principals and finance professionals. ‘It’s akin to being dragged to the dentist as a child. But the earlier that advice is taken, the more options remain on the table. Many insolvency practitioners will also give their time pro bono in the early stages.’

Cadman recommends that companies at risk to speak to an insolvency specialist as soon possible to find out if an ‘intervention’ would be of help, in terms of financing or negotiating with creditors. ‘I think there will be an appetite among creditor groups, including HMRC, to respond more positively to proposals to rescue viable businesses than they have in the past,’ he says.