Is China still on track?

China’s economic slowdown has sent shockwaves across a world now accustomed to depending on it to drive growth. Will the deceleration derail the global economy? 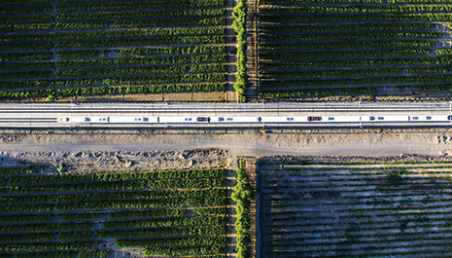 This article was first published in the January 2016 international edition of Accounting and Business magazine.

China has come to be seen as a crucial engine of the international economy. Over the past decade the country has accounted for over a quarter of total global growth. Its voracious demand for raw materials has also powered the expansion of other emerging market giants, such as Russia and Brazil. This boost has been all the more important at a time when many mature economies have been struggling to recover from the 2008 financial crisis.

Signs that the Chinese locomotive is losing momentum have accordingly been greeted with alarm around the world. Economists have scaled back their forecasts for global growth and equity markets have fallen sharply. Is this fear justified? And can the global recovery survive the Chinese slowdown?

A degree of concern over the outlook for China is understandable. After decades of breakneck expansion, the US$10.4 trillion Chinese economy is now responsible for 13% of global output, according to the International Monetary Fund. Many businesses look to the country as their main source of earnings growth. German carmaker Volkswagen, for example, has been generating about 60% of its corporate profits in China.

China has an outsized impact on commodity markets. The country recently took over from the US as the world’s biggest oil importer and has accounted for about half of the global demand for industrial metals such as copper and steel in recent years. Concerns about China’s economic weakness were among the main drivers of sliding commodity prices in 2015, which took a toll on growth and investment returns in commodity-producing nations and businesses. While the effect was most keenly felt by African oil exporting and mining nations such as Nigeria, Angola or South Africa, it has also taken a toll on commodity-reliant rich nations, including Australia. And while the UK economy, for instance, is not reliant on raw materials, its stock market is: about a fifth of the capitalisation of the MSCI equity index for the UK is linked to energy or materials.

‘The world had come to lean heavily on China,’ says Marc Chandler, head of currency strategy at Brown Brothers in New York. ‘Many have also got used to the idea that the managed Chinese economy was largely immune to the business cycles that affect other nations. That was always a little unrealistic.’

Still, investors and economists may have become overly pessimistic about the threat posed by a Chinese slowdown. ‘It is a disappointment rather than a disaster,’ says Mark Zandi, chief economist at Moody’s.

For a start, fears of an economic hard landing in China look exaggerated.

Much of the concern has stemmed from a combination of weakness in the manufacturing sector and a collapse of the domestic stock market. Purchasing managers’ indices (PMIs) for industry, which measure activity, have fallen to the lowest levels in over six years. And after a powerful rally in the first half of 2014, the Chinese stock market plunged, collapsing 40% between June and early October. Still, neither of these factors seems likely to cause the economy significantly to undershoot the government’s 7% GDP growth target.

While industry has been slowing, this partly reflects government policy to shift the main driver of national growth from investment to consumption. Retail sales continue to expand at over 10% and PMIs for the services sector have pointed to greater strength. The economic damage arising from the stock collapse is also likely to be relatively contained. Only about 6% of the wealth of households is stored in equities, compared to almost half in property.

Meanwhile the crucial housing market has shown signs of stabilising after a worrying decline in the first six months of 2014. ‘Add in the fact that the Chinese government still has plenty of flexibility to boost demand – through both fiscal and monetary policy – and an abrupt collapse of growth should be avoided,’ says Andrew Kenningham, senior economist at Capital Economics. Pessimists also often forget that because of China’s greater scale, a slower growth rate still makes a hefty contribution to international demand growth.

Second, while China has become a key driver of global growth, it is important to put the country in perspective. Companies in the US-based S&P 500 index rely on China for just 4% to 5% of their profits. In the eurozone, about 6% of revenues are derived from China, compared with about 10% to15% for the UK. ‘For most wealthy countries a moderate deceleration in China is not sufficient to halt economic growth,’ says Zandi.

Third, there are even some positive aspects to the China situation that may help to cushion the blow. The slide in commodity prices, to which Chinese worries have contributed, may be bad news for exporters, but it boosts consumer spending power in the US, Japan, the eurozone and the UK. If Chinese growth remains relatively weak, economists believe the government will allow a further depreciation of the renminbi, which is now more responsive to market forces after a currency reform in August 2015. A weaker renminbi would lower the price of Chinese imports, resulting in cheaper prices and higher disposable incomes for shoppers around the world.

Finally, a domestic downturn may boost the eagerness of Chinese citizens to invest overseas as they search for higher returns. Tom Bill, head of London residential research at Knight Frank, believes that property in the UK capital, and other global cities, has come to be seen as a safe haven by many wealthy Chinese investors. The appeal of such diversification is increased by the recent volatility in Chinese stocks.

A similar principle may also help sustain Chinese foreign direct investment in Africa, which has been seen by many as a key driver of growth for the continent. ‘Many Chinese firms could respond to weak demand at home by seeking to expand their operations abroad,’ says John Ashbourne, the Africa analyst at Capital Economics. ‘This might be especially true for construction and infrastructure firms.’

It is also worth noting that the impact of Chinese foreign direct investment to Africa, though growing, might not be as important as media reports suggest. A 2015 paper by Heiwai Tang and Wenjie Chen for the Brookings Institution in Washington concluded that Chinese direct investment in Africa accounted for just 3% of the continent’s total investment stock – though that figure is growing fast.

Fourth, there are other powerful drivers of the global economy that are likely to help offset Chinese weakness. The US, the world’s largest economy, has been on the mend over the past year, with GDP expanding by 3.9% in the second quarter of 2015, after two upward revisions. Even the economies of sub-Saharan Africa, widely seen as among the most notable victims of a Chinese slowdown, may be able to cope better than expected.

Of course, China’s strong growth has been an important contributor to Africa’s rising prosperity. In 2009 China took over from the US as Africa’s largest trading partner. As a result, China’s more moderate rate of industrial expansion over the past year has been painful. Large copper producers, such as Zambia and the Democratic Republic of the Congo, have suffered from falling demand from the Chinese construction sector, which deploys the metal in electrical systems.

To the extent that worries over China have also exerted a depressing effect on the oil price, the continent’s eight oil exporters – which collectively account for about half the region’s GDP – have also been under strain. Yet it would be a mistake to blame the weakness of the oil price on China alone. The oil price decline pre-dates fears over China and was largely driven by a surge in US oil production, along with the reluctance of the OPEC oil cartel to curb production in response.

Still, the situation in China does not mean an end to Africa’s recent economic progress, says Ashbourne. ‘The reversion to a more normal growth rate in China has been going on for over a year now and yet sub-Saharan African nations have continued to press ahead,’ he says. ‘We do not expect growth in sub-Saharan Africa to grind to a halt. Indeed, we believe growth will remain robust by any reasonable global standard.’ Capital Economics forecasts that the region’s GDP in 2016 will expand by between 3% and 4%, down from about 5% in 2014. The International Monetary Fund has been more upbeat, and as of April 2015 was expecting a growth rate of 5.1% for 2016.

One reason for this optimism is that while demand growth for commodities from China has been slowing, total demand is still rising. What’s more, trade with China is relatively concentrated. Fewer than half of African economies run a trade surplus with China. Five countries – Angola, South Africa, the Democratic Republic of the Congo, the Republic of the Congo and Equatorial Guinea – account for about 75% of the continent’s exports to China, according to a recent study by the IMF; nations outside this group will be far less affected.

Finally, there are plenty of internal reasons for Africa’s progress over recent years. ‘Consumer confidence has been high in many parts of the continent,’ Ashbourne says. ‘We have been seeing the spread of access to the internet, and thus banking services, which has been pushing the region forward. And over the past decade the standard of governance has also been improving.’