The rise and rise of online alternative finance

A new ACCA-supported report finds that the online alternative finance market is thriving in the Asia-Pacific region, not least in China, which is leading the way 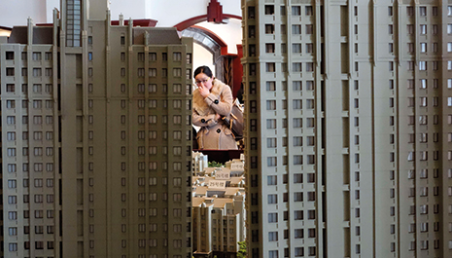 This article was first published in the July/August 2016 China edition of Accounting and Business magazine.

Online alternative finance is thriving in the Asia-Pacific region. The market totalled an estimated US$102.81bn in 2015, recording year-on-year growth of 323%.

In mainland China, the world’s leading online alternative finance market by transaction volume, the three largest alternative finance models in 2015 were all based on marketplace/peer-to-peer lending: consumer lending (achieving market volumes of US$52.44bn), business lending (US$39.63bn) and real estate lending (US$5.51bn) respectively (see box). In total, marketplace/peer-to-peer lending platforms in China have facilitated US$129.53bn worth of loans over the past three years.

Many other forms of alternative finance are also growing in popularity, including invoice trading, various forms of crowdfunding (equity-based, reward-based, donation-based revenue/profit-sharing and real estate) and balance sheet consumer lending. Their prevalence is revealed in a recent report, Harnessing Potential: The Asia-Pacific Alternative Finance Benchmarking Report – the first comprehensive study of the Asia-Pacific online alternative finance market. The study was conducted by an international research team from the Cambridge Centre for Alternative Finance at Cambridge Judge Business School in the UK, the Tsinghua University Graduate School in Shenzhen, China, and The University of Sydney Business School in Australia, in partnership with KPMG and with the support of ACCA and CME Group Foundation. It is based on survey data from 503 leading alternative finance platforms operating in 17 Asia-Pacific countries and regions, of which 376 were from mainland China.

‘Alternative finance is one of the fastest-growing sectors of the global financial services industry, with 2015 witnessing an unprecedented level of funding,’ says Ian Pollari, partner, global fintech co-lead, KPMG. ‘2016 is predicted to be the year where alternative financial options finally join the ranks of the mainstream. We foresee continued growth in awareness among Asian consumers and businesses of the viable funding options alternative finance platforms can provide. We also anticipate greater levels of collaboration between incumbent financial organisations and alternative finance platforms, following the trend observed in the US and UK markets. With five of the world’s top 10 countries based on smartphone ownership coming from the region and observing higher rates of female participation in alternative finance markets, Asia has the potential to create world-leading online lending and funding platforms.’

‘For the first time, our report has provided empirical evidence demonstrating the diversity of the alternative finance markets in the Asia-Pacific region and the dominance of China within the sector globally, with over US$100bn in market volume in 2015,’ says Bryan Zhang¸ director of the Cambridge Centre for Alternative Finance and a research fellow at the Cambridge Judge Business School. ‘This is remarkable when compared to the US$36bn facilitated in the United States during the same period. Key markets across the rest of the APAC region are also rapidly emerging, especially in New Zealand and South Korea where the national regulations are deemed to be more supportive for the development of alternative finance. 2016 is likely to be a pivotal year for the industry in the region, as new regulatory frameworks are being implemented and various markets are likely to experience continued growth as well as consolidation.’

Rosana Mirkovic, head of SME Policy at ACCA, believes that it is important for accountants to keep up with developments in alternative online finance. ‘Technology-driven alternative finance providers such as crowdfunding platforms are enabling entrepreneurs to do business in new and innovative ways, where conventional practice and behaviours do not necessarily apply,’ she says. ‘If accountants want to remain businesses’ most trusted advisers, they will need to keep up with these developments. Such changes are also likely to provide opportunities for developing new value-added services to businesses.’ Keeping track of developments in the Asia-Pacific region is therefore important, she believes. ‘These days, it is arguably no longer the US and UK that are leading the race for innovation in financial services, so we need reliable data on the development of the sector in Asia Pacific.’