For a generation, Poland has been the outstanding performer in Europe, and remains so - despite fears that a new populist government would trash the economy 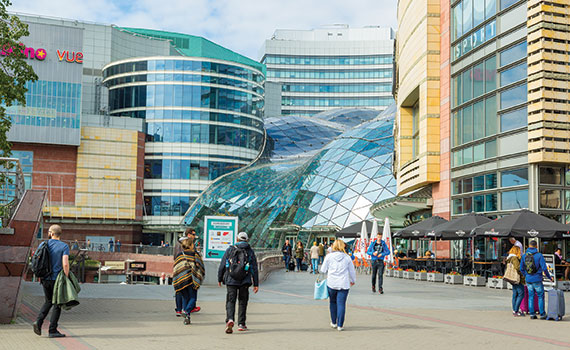 For nearly 10 years now, Poland has been Europe’s most surprising economic growth story. It even avoided recession during the 2009 financial crisis, and its GDP has continued to rise ever since, increasing by 2.8% in 2016. Unemployment has been dropping steadily since 2013, reaching 8.5% in February 2017 – lower than pre-crisis levels.

That Poland has continued to do well since late 2015, when it elected a government that had campaigned on nationalist and populist rhetoric, has shocked some observers. The Law and Justice party had promised to lower the retirement age, raise taxes on foreign businesses and increase government handouts – a recipe for ballooning debt and scaring away foreign investors, or so many thought.

Its first and most important promise was a monthly handout of PLN500 (US$130) to families for each child they had after their first. This so-called 500+ programme, introduced in April 2016, has proved wildly popular and, contrary to many predictions, has not led to an explosion in Polish debt. Even though government estimates put its cost at about PLN17bn (US$4.4bn) last year alone, Poland’s fiscal deficit in 2016 was just 2.4%, below even the government’s forecasts and the lowest level since 2007.

Mateusz Walewski, a senior economist at PwC in Poland, says that the government has managed to increase tax revenue without significantly raising taxes, mainly by targeting the so-called VAT gap – the difference between value added tax revenues expected and those actually collected annually. The European Commission estimates Poland’s VAT gap at around €9.3bn. ‘If they can get 25bn zlotys of that per year, that covers 500+ right there,’ says Walewski.

Not everything is rosy, of course. Last year the government levied a tax on bank assets of 0.44% a year, the highest in the EU, which put pressure on lending without bringing in as much revenue as expected. It also lowered the retirement age from 67 to 65 for men and 60 for women, at an annual cost of about PLN10bn (US$2.5bn) starting in 2018, reaching PLN20bn (US$5bn) by 2021. The move has more than just budget implications. Along with falling unemployment, it will further tighten the job market, according to some economists who worry that reduced workforce availability could hinder long-term economic growth.

As for the short term, investment has been of particular concern, falling by 5.5% in 2016, the sharpest drop in 14 years. Some economists put this down to a post-crisis correction as investors move back to more developed economies. Walewski also says that a slowdown in fund inflows from the European Union (as funding from the previous EU budget period ends and money from the new period has yet to arrive) has played a role. But few deny that the government’s reputation for being divisive and erratic has also had an impact by deterring investors.

A bit of a rollercoaster

‘It is a bit of a rollercoaster,’ says Marcin Kieszczynski, marketing communications manager for ACCA in Poland and the Baltic states. He adds that despite sometimes being viewed as an unpredictable partner, the government has also put forward a wide-ranging development programme focusing on innovation that has received positive reviews. The government forecasts that the economy will grow by 3.6% this year, though most economists expect a somewhat slower pace, at around 3.2%.

The key point, however, is that the government’s actions do not solely determine the fate of the Polish economy. ‘In my opinion the most important factor is the initiative of the Polish people, which had been suppressed under communism and exploded after the political break in 1989,’ says Maciej Czapiewski, a managing partner at HLB M2 Audyt, a Polish accountancy firm. ‘We have a relatively cheap, hard-working and well-educated workforce, which attracts foreign investors. European funds create additional demand and help improve infrastructure,’ he adds.

The confluence of those factors made Poland an attractive destination for business services companies, especially accountancy and financial services businesses. Indeed, the country has become a major European outsourcing hub. According to the Association of Business Services Leaders in Poland (ABSL), the outsourcing sector now accounts for more than 212,000 jobs in the country. Nearly 21% of those – some 44,000 – are in accounting and financial services.

Knowledge and use of IFRS Standards in Poland has been key in luring investment in the sector and raising the quality of the accounting services provided within the country. In January 2005, eight months after entering the EU, Poland required businesses listed on the Warsaw Stock Exchange to report financial results using international financial reporting standards. ‘The fact that financial information about the major players on the Polish market is prepared in accordance with internationally recognised standards gave additional transparency and confidence to investors,’ says Piotr Swietochowski, director in the audit department at Deloitte.

Working in the accounting sector

Non-Polish accountants play a significant role in the growing sector, making up about 10% of the workforce, according to Poplawski. Since entering the EU, Poland has developed rapidly, but the cost of living has remained low relative to the West, making it an attractive place to live and work. However, when doing accounting for domestic firms, it is important to know the language and the rules. ‘It is an absolute must for staff to have complete proficiency in the Polish language and a perfect understanding of Polish accounting legislation, as rulings in Poland and the standpoint of the Polish tax authorities toward taxpayers are totally different from those in place in foreign countries,’ says Ortwin-Uwe Jentsch, managing partner at Getsix Group in Poland, a provider of accounting and other business services.

Looking ahead, the Polish government is currently working on legislation that will implement the EU’s audit reform requirements expressed in its directive 2014/56/EU, which sets out the framework for all statutory audits, strengthens public oversight of the audit profession and improves cooperation between competent authorities in the EU, as well as in the related EU regulation No 537/2014. These reforms will have a big impact on firms that offer statutory audit services. ‘Probably Polish regulation will be much stricter for audit companies,’ says Czapiewski. ‘For example, public interest entities will be required to change auditors every five years, or auditors could be banned from rendering any non-audit services.’

Such changes are not expected to have any significant impact on Poland’s prospects for growth, which – despite the government’s switches of policy direction – remain positive. ‘The outlook is rather good,’ says Walewski. ‘If there aren’t any major global shocks, I think that Poland’s gross domestic product will grow by 3–4% for the next four to five years.’

Andrew Kureth, journalist based In Warsaw

"The government has managed to increase tax revenue without significantly raising taxes, mainly by targeting the so-called VAT gap "